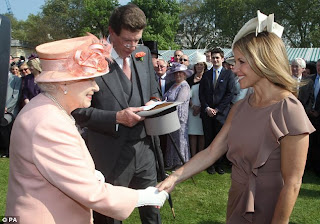 Dave Elder-Vass's arguments for the real causal powers of social structures have been considered here several times (link, link).  Elder-Vass's recent book, The Reality of Social Construction, addresses this subject from a different point of view.  Here he is interested in the question of the collision of social realism and social constructivism, generally thought of as being incompatible perspectives on the nature of the social world.  E-V does not believe they are in fact incompatible, and the thrust of the current book is to make the case for this point of view.


This book, however, develops and substantiates the critical realist argument that social scientists should be both realists and social constructionists. (3)

Here are some of the ideas he offers as aspects of social constructionism:


If there is one claim that is definitive of social constructionism, it is the argument that the ways in which we collectively think and communicate about the world affect the way that the world is. (4)

Social constructionisms derive their force from a further claim: that changing the ways in which people collectively think and/or communicate about the world in itself constitutes a change with significance for the social world. (5)

Radical constructionists tend to deny any such distinction [between what depends upon how we think about it and what does not], on the grounds that everything depends on the ways in which we think about it, or at least to include in the socially constructed category things that realists would not. (6)

And here is social realism:


Realism … may be taken as the belief that there are features of the world that are the way they are independently of how we think about them. (6)

E-V rejects the exclusionary position, which holds that realism and constructivism are incompatible. Instead, he thinks there is a way of interpreting social ontology that makes the position of realist social constructionism a coherent one.

So what are the social items that need to be interpreted both as real features of the social world and as socially constructed? E-V highlights several fundamental kinds of things -- norms, language, meaning, cultural practices, and institutions, for example.

E-V's position requires that we answer two symmetrical questions: How is it that things like these can be thought to be socially constructed? And in what sense are they "real"?  Elder-Vass's most basic answer to the first question is to say that they are socially constructed because they depend unavoidably on intensional representations embodied in what he calls norm circles. Basically, a norm circle is a group of people who interact with each other and who reinforce each other's behavior with respect to one or more social rules of conduct (22). Demonstration of behavior that conforms to a certain norm, and positive or negative feedback to others depending on their conformance or deviance from the norm, creates a situation in which individuals come to internalize these rules of behavior into their own practical rationality.

E-V believes that this construct helps to formulate the description of a wide range of social phenomena, including linguistic, cultural, and epistemic social behavior.

So what is "socially constructed" about a norm? And in what sense is there a person-independent social reality to a norm? The social construction part of the story seems straightforward. In order to have a normative expectation about a certain kind of behavior in a certain social context, it is necessary first to have a cognitive frame or representation for the behavior.  This is an intensional attitude on the part of the actor. To know how to behave when one is introduced to the Queen of England, we need to have a set of beliefs about royalty, monarchy, social roles, and particular persons.  Without mental frameworks involving these sorts of things, we cannot entertain the notion of a norm governing behavior in such a circumstance.  The situation of "being introduced to the Queen of England" is dependent on our conceptual system.

Having said this, it is also open to us to notice the relative stability and permanence of the patterns of behavior that surround this situation.  Most people observe the correct protocol, and those who do not are admonished by others for their breaches.  So "protocols of behavior surrounding introduction to the Queen" functions as a social reality that is independent from the individual.  The radical egalitarian who regards the concept of royalty as delusion and self-deception, is no less governed by the norm. So there is a crucial component of actor-independence that is possessed by the normative system as embodied in the norm circle. Here is how E-V summarizes this point:


Rules and norms, therefore, may still feature in our causal accounts of culture, but not as entities with causal powers, not as ideas that exist externally to the individual actors concerned, and not as beliefs that are completely and precisely homogenized across the norm circles concerned. Since it is not norms themselves but the norm circles that endorse and enforce them that are the bearers of the causal powers concerned, none of these constraints undermines the causal account of normatively outlined in this chapter and the previous one…. Culture, it has argued, is produced by norm circles, and indeed culture and normatively are one and the same. (53, 54)

So norm circles play a crucial role in E-V's social ontology.  If we were to distill the idea down to its simplest form, it seems to go along these lines: individuals have the capacity to form ideas, rules, and representations of various kinds. They reinforce their ideas and beliefs through interactions with other individuals who (approximately) share those mental representations. This is what makes a given norm system or conceptual framework a social feature rather than simply an individual feature. The representations are constantly tuned through interactions with other members of this representation-sharing group. These representations include ideas, conceptual frameworks, beliefs, and norms.  The groups of people who share these and interact on the basis of them constitute a norm circle.

This formulation brings Elder-Vass's view into parallel with those of Margaret Archer and her concept of "morphogenesis" (link). In thinking about the reality of social structures, E-V writes the following:


Over a period of time, individuals may act in ways that tend to reproduce the structure more or less unchanged, or they may act in ways that tend to transform it. In analysing how these structures work and how they develop, we must take account not only of the collective power that they have but also of the ways in which individual participation in them jointly produces and influences the collective outcome. (254)

And this in turn means that E-V is in a position to deny two distinct polarities: between social construction and realism, and between agent and structure.

This sounds like a conflation of common-sense realism with philosophical realism (in the critical realist mode). Of course, critical realists *love* to play this game, because it makes any other framework seem insane.

Have you taken a look at Patrick Jackson's The Conduct of Inquiry in International Relations Theory? It does a good job of addressing this, as does Fred Chernoff's work criticizing what he calls Social Scientific Realism (SSR).

Dan, could you elaborate a little on this 'conflation'? I find the argument so far quite convincing, especially as it, embracing a more dialectical position, takes us beyond the entrenched oppositions that are so harmful to a meaningful discussion.