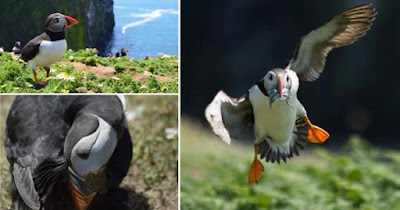 Some discussion of the empirical status of social science theories and hypotheses in the past has revolved around Karl Popper's formulation of the doctrine of falsifiability. However, this criticism is almost always misplaced in the context of the social sciences. This is true for several reasons: sociologists rarely offer unified deductive theories of social phenomena; the heterogeneity of the social world implies that explanations of social outcomes almost always need to be multi-causal; and as a result of these two features, social explanations and theories can usually be supported through piecemeal empirical investigation -- not through their distant global deductive consequences (link). Sociology is not physics.
Popper's requirement is that all scientific hypotheses must in principle be falsifiable: that is, it must be possible to specify in advance a set of empirical circumstances which would demonstrate the falsity of the hypothesis. Popper writes, "A theory which is not refutable by any conceivable event is non-scientific. Irrefutability is not a virtue of a theory (as people often think) but a vice" (Conjectures and Refutations: The Growth of Scientific Knowledge, p. 36). This criterion is often used to fault social science research on the ground that social scientists are often prepared to adjust their hypotheses in such a way as to render them compatible with unexpected empirical results (anomalies).

Popper's falsifiability thesis arose in response to the ubiquitous problem of anomaly in science. Anomalies -- facts or discoveries that appear inconsistent with a given theory -- are found everywhere in the history of science, since scientific inquiry is inherently fallible. If a theory implies some sentence S and S is false, it follows that the theory must be false as well. In such a case the scientist is faced with a range of choices -- reject the theory as a whole; reject some portion of the theory in order to avoid the conclusion S; modify the theory to avoid the conclusion S; or introduce additional assumptions to show how the theory is consistent with "not S." A strict falsificationist requires that we disavow the theory, but this response is both insensitive to actual scientific practice and implausible as a principle of methodology.

When faced with anomaly, then, the scientist must choose whether to abandon the theory altogether or modify it to make it consistent with the contrary observations. If the theory has a wide range of supporting evidence, there is a strong incentive for salvaging the theory, that is, of supplementing it with some further assumption restricting the application of its laws, or modifying the laws themselves, to reconcile theory with experience. Ideally the scientist ought to proceed by attempting to locate the source of error in the original theory. Theory modification in the face of contrary evidence should result in a more realistic description of the world, either through the correction of false theoretical principles or through the description of further factors at work that were previously unrecognized.

It is possible, of course, to modify a theory in ways that do not reflect any additional insight into the real nature of the phenomena in question, but are rather merely mechanical modifications of the theory made to bring it into line with the contrary evidence. The problem of avoiding adhocness is a substantive one. Does the modification contribute to a theory that affords simple explanations of a wide range of phenomena? Does it appear to represent an increased knowledge of the real mechanisms that underlie observable phenomena? Post-positivist philosophy of science substantially extended these ideas by introducing the notion of a research program.

Post-positivist philosophy of science attempted to formulate more adequate standards for modifying theory in the light of anomaly. Important insights resulted from a shift of attention from the level of finished theories to the level of the research program, that is, from the formal laws and principles of a theory to the more encompassing set of presuppositions, methodological commitments, and research interests that guide scientists in the conduct of research and theory formation. The philosophy of science of the 1970s and 1980s offered greater focus on the "context of discovery"--the assumptions and research goals that guide scientists in their research. Philosophers of science in this tradition rejected the idea that the conduct of research is an unstructured, nonrational process, and they tried to formulate a theory of the standards that distinguish good scientific research from bad. From this starting point, the "research program" becomes the central interest. (Larry Laudan's Progress and Its Problems (1977) provided a good critical summary of the views of philosophers of science who give attention to the idea of a research program or research tradition.)

Imre Lakatos was one of the philosophers who explored the idea of a scientific research program in the 1960s and 1970s. (The Stanford Encyclopedia of Philosophy entry on Lakatos by Musgrave and Pigden is very good; link.) A research program is the framework of assumptions, experimental procedures, explanatory paradigms, and theoretical principles that guide the conduct of research. With this different starting point concerning the locus of scientific knowledge, post-positivist philosophers of science have posed a different question for themselves. Rather than the positivists' question--What is the criterion of an empirically adequate theory?--they have asked, What are the features that distinguish a rational and progressive program of research from its contrary? The problem of theory adequacy does not disappear, but it becomes a subordinate concern. This broader approach to empirical rationality lays emphasis on the degree to which the commitments of the research program successfully direct research productively and suggest empirically adequate theories--rather than on the narrower question of the criterion of empirical adequacy of theories. On this view, empirical rationality is chiefly a feature of the program of research rather than the finished theory; theories are tools for understanding empirical phenomena created by the scientist within the context of a framework of methodological and substantive assumptions. And from this research-oriented point of view, falsificationism is an unsound principle of theory choice, since it is an extreme principle that requires the rejection of any theory with false consequences.

It is also worth noting that social explanations often depend on discovery of a number of separate and independent causal mechanisms leading to a certain kind of outcome. Sociological explanations do not usually reflect unified, abstract theories that are thought to apply uniformly across a whole society. It is entirely commonplace to discover that a simple monocausal theory of a sociological pattern -- for example, patterns of high infant mortality in low income zip codes -- may begin with a causal theory that turns out to be overly simple. In the infant mortality case, it might first be hypothesized that "infant mortality is increased in a zip code with low average family income because poor families have poor nutrition". But then it turns out that there are glaring exceptions -- zip codes with low income, poor nutrition, and low infant mortality. Further research may discover that the causes of population infant mortality are more complex and numerous. The "poor-nutrition" theory is not abandoned, but is supplemented by the "low level of available and affordable pre-natal care" hypothesis, the "religious composition of the population" hypothesis, and the "environmental justice" hypothesis. These additional mechanisms do not invalidate the original simple theory (poor nutrition), but they demonstrate that a more adequate theory must refer to other mechanisms as well. (This pluralistic view of sociological theory is explored in an earlier post; link.)
These considerations show that the core values of empirical assessment, shared by all scientists, do not entail commitment to the doctrine of falsifiability. Against Popper, it is not scientifically irrational to continue to adjust and modify theoretical hypotheses so as to make sense of anomalous empirical observations. The crucial question is not falsifiability, but rather whether the research program continues to broaden its empirical scope. It is reasonable for scientists to modify their hypotheses and theories in light of anomalous findings; the crucial empirical constraint is that the modified theory ought to have additional empirical scope. The standard of strict falsifiability, then, is not a reasonable constraint on hypothesis formation in social scientific research. (Here is an earlier treatment of Popper's philosophical ideas about history and the social sciences; link.)
(The shape and function of the puffin's beak is sometimes regarded as an anomaly in Darwinian evolutionary theory, since it seems to differ from the case of the finch beak that Darwin analyzes: "beak shape is determined by food source availability in habitat". But in fact, the puffin is not an exception or anomaly to the principle of natural selection; rather, the influences on "reproductive fitness" conferred by beak shape are more complex and multiple than Darwin's analysis of the finch would indicate.)
Posted by Dan Little at 3:34 PM

Email ThisBlogThis!Share to TwitterShare to FacebookShare to Pinterest
Labels: CAT_epistemology, philosophy of science

It is remarkable that Popper and Lakatos were embraced by the philosophy of economics during the period of philosophy of science without historical studies. It would appear that there are no Popperian sociologists. And I only recall that David Wagner and his Stanford colleagues attempted to present Lakatos's thinking in sociology.

Rationality is only as much as how things ought to be, in a perfect world. The world is not perfect, so, anomaly is just a way of reminding us there is always a chance of The what if. Nagel knew this when he penned his remark about reality being '....how things probably are...'. He had already figured out the ' what if' piece.