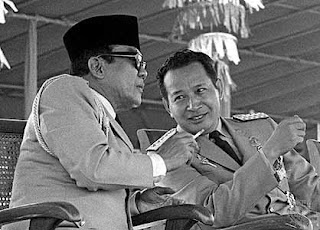 James Mahoney and Kathleen Thelen undertake to provide a basis for answering the fourth question here -- the question of gradual change. Their volume, Explaining Institutional Change: Ambiguity, Agency, and Power, provides a simple but compelling answer: institutions change when position holders within them find circumstances in which they have both an opportunity and an incentive to change or reinterpret the rules in ways that serve their interests.

The issue of the internal processes of change within an institution is of interest here for several reasons. But central among them is the idea of plasticity that has been described in earlier posts (link, link, link). The basic idea of plasticity is that institutions and organizations are the product of various kinds of structured human action, and that they can change over time. So we shouldn't think of institutions as having fixed characteristics, or as though they were equilibrium systems that tend to return to their original states after perturbances. Mahoney and Thelen's volume demonstrates some of the ways in which this plasticity emerges; they prove an account of the mechanisms of gradual institutional change. And this approach makes plain the high degree of path-dependency that institutions display.

Here is how Mahoney and Thelen frame their research problem:


A growing body of work suggests that important changes often take place incrementally and through seemingly small adjustments that can, however, cumulate into significant institutional transformation. (preface)

Once created, institutions often change in subtle and gradual ways over time. Although less dramatic than abrupt and wholesale transformations, these slow and piecemeal changes can be equally consequential for patterning human behavior and for shaping substantive political outcomes. (1)

We have good theories of why various kinds of basic institutional configurations -- constitutions, welfare systems, and property right arrangements -- come into being in certain cases and at certain times. And we have theories to explain those crucial moments when these institutional configurations are upended and replaced with fundamentally new ones. But still lacking are equally useful tools for explaining the more gradual evolution of institutions once they have been established. (2)

The theory they offer of gradual institutional change is an actor-centered theory. Incremental change occurs as the result of the opportunistic and strategic choices made by a range of actors within the institution. In this respect it resembles the theories discussed earlier of Fligstein and McAdam (link) and Crozier and Friedberg (link). Consider the following series of comments:


We argue that institutional change often occurs precisely when problems of rule interpretation and enforcement open up space for actors to implement existing rules in new ways. (4)

But institutional outcomes need not reflect the goals of any particular group; they may be the unintended outcome of conflict among groups or the result of "ambiguous compromises" among actors who can coordinate on institutional means even if they differ on substantive goals. (8)

Given a view of institutional stability that rests not just on the accumulation but also on the ongoing mobilization of resources, one important source of change will be shifts in the balance of power. (8)

We propose that the basic properties of institutions contain within them possibilities for change. What animates change is the power-distributional implications of institutions. However, where we expect incremental change to emerge is precisely in the "gaps" or "soft spots" between the rule and its interpretation or the rule and its enforcement. (13)

Institutions are generally thought of as "shaping" factors on human action and choice; individuals construct their actions and strategies within the context of the rules and norms of various institutions. But how do the rules of an organization actually constrain behavior?  Mahoney and Thelen do not take compliance within an institution as a given; instead, they look for the interests and opportunities of various agents within the organization or institution that interlock to secure compliance. This sounds a lot like "governance units" in the Fligstein and McAdam theory of strategic action fields.


If, instead, we break with a view of institutions as self-reinforcing (through whatever mechanism) and put distributional issues front and center, compliance emerges as a variable, and a variable that is crucially important to the analysis of both stability and change. The need to enforce institutions carries its own dynamic of potential change, emanating not just from the politically contested nature of institutional rules but also, importantly, from a degree of openness in the interoperation and implementation of these rules. (10)

Much of the content of the book takes the form of case studies of particular complexes of institutions in the midst of historical change.  Particularly interesting is Dan Slater's analysis of the autocratic institutions of governance crafted by Suharto throughout his regime (1966-1998) ("Altering Authoritarianism: Institutional Complexity and Autocratic Agency in Indonesia"). This period is often treated as a homogeneous block of authoritarian military rule, but Slater argues that there was substantial institutional change throughout the period.


Ostensibly a model of long-term stability, the Suharto regime in fact experienced a gradual but significant transformation of its core institutional features. What started as a system of oligarchic military rule evolved into a highly personalized regime, backed in nearly equal measure by military and civilian organizations. (132)

The upshot was the gradual transformation of a collectivistic military-dominated regime (or "junta") into a highly personalized regime, perched atop a mixed party-military infrastructure (or a "strongman" regime with pronounced elements of "bossism"). (139)

Slater analyzes the strategic situations of the primary political players: Suharto, the mass political parties, and the military. And he understands the transition described here as one that followed from the strategic moves made by these players, with Suharto's hand being the most influential. But this is a key point: Suharto was not able to simply command the changes he sought, and the outcomes reflected the agency of other important social actors as well.

Alan Jacobs' treatment of the U.S. Social Security Program is also very interesting, as is Tulia Falleti's account of health care reforms in Brazil between 1964 and 1988. Each case study provides just what Mahoney and Thelen call for in their introduction: careful, detailed studies of institutions in a process of change.

It is worth noting that all the examples treated in this collection are concerned with large institutions -- the Brazilian policy arena, the Suharto dictatorship, the U.S. Social Security Program. It makes the reader wonder whether similar results would emerge when more meso-level institutions and organizations are studied: the Massachusetts Institute of Technology, the IBM Corporation, or the Michigan Department of Human Services. Do the observations about the strategic interactions of primary players within the institution play an equally important role in change within institutions at this level of scale? I drew a parallel between the Mahoney-Thelen approach to institutional change and the theories of Fligstein and McAdam, as well as Crozier and Friedberg. But this appears to be a salient difference -- the scale of the institutions to which the analysis is applied. The latter two theories seem to be developed with primary emphasis on smaller-scale institutions and organizations.

Your post presents an important part of society. I tend to agree with this statement...

"The theory they offer of gradual institutional change is an actor-centered theory. Incremental change occurs as the result of the opportunistic and strategic choices made by a range of actors within the institution."

I present a growth model in economics based on Keynes' concept of effective demand. The growth model shows what happens when labor is not included in economic growth. But to arrive at "non-inclusive" growth, there has to be institutions that don't adjust to a shifting balance in the economy.