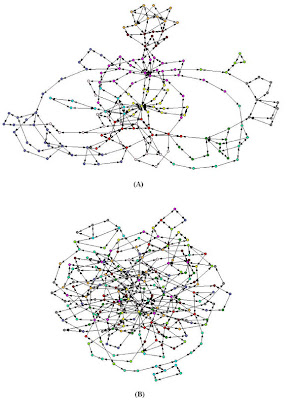 Neil Fligstein and Doug McAdam provide a full exposition of their theory of strategic action fields in A Theory of Fields. As observed in an earlier post, this theory presents an innovative way of thinking about the composition of the social.

The basic idea is that the fundamental structure of social life is "agents behaving strategically within a field of resources and other agents." Here is a preliminary description of strategic action fields.


A strategic action field is a constructed mesolevel social order in which actors (who can be individual or collective) are attuned to and interact with one another on the basis of shared (which is not to say consensual) understandings about the purposes of the field, relationships to others in the field (including who has power and why), and the rules governing legitimate action in the field. A stable field is one in which the main actors are able to reproduce themselves and the field over a fairly long period of time. (1)

Fligstein and McAdam do not give fundamental ontological status to structures or organizations, and they do not presuppose a dichotomy between agents and structures. Instead, organizations and institutions are ensembles of agents-in-fields, at a range of levels. Here is what they have to say about firms, which can be extended to organizations more generally:

This theory possesses microfoundations; this is the thrust of the second chapter in the book. Their account is largely organized around the idea of social skill at the level of the actor. What I want to explore here, though, is the "macro-sociology" of the theory. In particular, how do our concepts of meso-level social structures like institutions and organizations get parsed when we use the language of strategic action fields? And substantively, how can we account for the relative level of stability that organizations and institutions possess, if they are simply composites of strategically motivated actors? This description suggests a high degree of fluidity, as strategies and coalitions shift. But instead, we observe a high level of stability in organizations much of the time, persisting over multiple generations of actors.

The answer seems to derive from the idea that F&M introduce of "internal governance units."


In addition to incumbents and challengers, many strategic action fields have internal governance units that are charged with overseeing compliance with field rules and, in general, facilitating the overall smooth functioning and reproduction of the system. (13)


Field stability is generally achieved in one of two ways: the imposition of hierarchical power by a single dominant group or the creation of some kind of political coalition based on the cooperation of a number of groups. (14)

On this approach, then, stability is a consequence of the configuration of a given system of strategic fields, rather than an axiomatic property of the organization.

There is a great deal of consonance between this theory and the ideas about organizations and actors put forward by Crozier and Friedberg some forty years ago in Actors and Systems: The Politics of Collective Action; here is an earlier post on their work. Crozier and Friedberg too looked at organizations as arenas of strategic and opportunistic action by agents. They too emphasized the role of cooperation and alliances within organizations. And they too looked at organizations as solutions to problems of collective action. There is no indication that Fligstein and McAdam were directly influenced by Crozier, and indeed the research communities including both are fairly distinct. So this looks like a case of independent discovery of a new idea rather than sequential development of this idea. It looks more like the case of Wallace and Darwin in the discovery of natural selection, than Darwin and Huxley in the development of that idea.