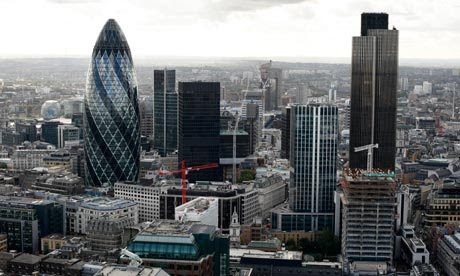 Saskia Sassen is the leading urban theorist of the global world. (Here are several prior posts that intersect with her work.) Her The Global City: New York, London, Tokyo (1991) has shaped the concepts and methods that other theorists have used to analyze the role of cities and their networks in the contemporary world. The core ideas in her theory of the global city are presented in a 2005 article, "The Global City: Introducing a Concept" (link). This article is a convenient place to gain an understanding of her basic approach to the subject.

Key to Sassen's concept of the global city is an emphasis on the flow of information and capital. Cities are major nodes in the interconnected systems of information and money, and the wealth that they capture is intimately related to the specialized businesses that facilitate those flows -- financial institutions, consulting firms, accounting firms, law firms, and media organizations. Sassen points out that these flows are no longer tightly bound to national boundaries and systems of regulation; so the dynamics of the global city are dramatically different than those of the great cities of the nineteenth century.

Sassen emphasizes the importance of creating new conceptual resources for making sense of urban systems and their global networks -- a new conceptual architecture, as she calls it (28). She argues for seven fundamental hypotheses about the modern global city:

Three key tendencies seem to follow from these structural facts about global cities.  One is a concentration of wealth in the hands of owners, partners, and professionals associated with the high-end firms in this system. Second is a growing disconnection between the city and its region. And third is the growth of a large marginalized population that has a very hard time earning a living in the marketplace defined by these high-end activities. Rather than constituting an economic engine that gradually elevates the income and welfare of the whole population, the modern global city funnels global surpluses into the hands of a global elite dispersed over a few dozen global cities.

These tendencies seem to line up well with several observable features of modern urban life throughout much of the world: a widening separation in quality of life between a relatively small elite and a much larger marginalized population; a growth of high-security gated communities and shopping areas; and dramatically different graphs of median income for different socioeconomic groups. New York, London, and Hong Kong/Shanghai represent a huge concentration of financial and business networks, and the concentration of wealth that these produce is manifest:

Inside countries, the leading financial centers today concentrate a greater share of national financial activity than even ten years ago, and internationally, cities in the global North concentrate well over half of the global capital market. (33)

This mode of global business creates a tight network of supporting specialist firms that are likewise positioned to capture a significant level of wealth and income:

By central functions I do not only mean top level headquarters; I am referring to all the top level financial, legal, accounting, managerial, executive, planning functions necessary to run a corporate organization operating in more than one country. (34)

Besides their impact on the spatial correlates of centrality, the new communication technologies can also be expected to have an impact on inequality between cities and inside cities. (37)

Sassen's conceptual architecture maintains a place for location and space: global cities are not disembodied, and the functioning of their global firms depends on a network of activities and lesser firms within the spatial scope of the city and its environs. So Sassen believes there is space for political contest between parties over the division of the global surplus.

If we consider that global cities concentrate both the leading sectors of global capital and a growing share of disadvantaged populations (immigrants, many of the disadvantaged women, people of color generally, and, in the megacities of developing countries, masses of shanty dwellers) then we can see that cities have become a strategic terrain for a whole series of conflicts and contradictions. (39)

But this strategic contest seems badly tilted against the disadvantaged populations she mentions. So the outcomes of these contests over power and wealth are likely to lead, it would seem, to even deeper marginalization, along the lines of what Loic Wacquant describes in Urban Outcasts: A Comparative Sociology of Advanced Marginality (link).

This is a hugely important subject for everyone who wants to understand the dynamics and future directions of the globe's mega-cities and their interconnections. What seems pressingly important for urbanists and economists alike, is to envision economic mechanisms that can be established that do a better job of sharing the fruits of economic progress with the whole of society, not just the elite and professional end of the socioeconomic spectrum.

This article has improved my understanding of Sassen's article. Thank you.

Had to read this for a class and the actual research paper was too complicated and I was on a time constraint..so this was super helpful for a quick understanding of the main points she brings up. Thank you!

Had to read this for a class and the actual research paper was too complicated and I was on a time constraint..so this was super helpful for a quick understanding of the main points she brings up. Thank you!

Thank you so much, this was of great help!

Thank you so much, this was of great help!

Will use this as part of a discussion in my senior interdisciplinary Asian Studies seminar, Global Cities, Local Memories. Thank you! Looking forward to browsing the rest of your blog. ALso using your links. Wonderfful.

I enjoyed reading your article. Please make more interesting topics like this on.
I'll come back for more :)

From Japs a researcher from Always Open Commerce

This is amazing! I had trouble reading Sassen but your analysis has helped me understand it better. I really appreciate your interpretation. Thanks!