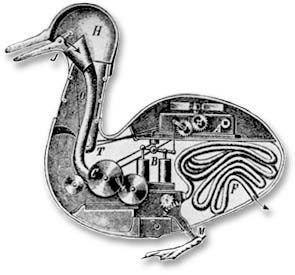 Advocates of the causal powers approach attach a great deal of importance to the metaphysics of causation -- the sorts of properties and relations that we attribute to the kinds of things that we want to postulate. The neo-Aristotelian point of view represented by Ruth Groff and others appears to have metaphysical objections to the causal-mechanisms approach: the CM approach postulates the wrong kind of relations among entities, according to this group. So if I want to argue that mechanisms and powers are compatible, as I do, then I need to take into account the metaphysical arguments. It will be necessary to tell a story about the nature of the world that gives a place and meaning to the metaphysical premises of each theory.

The possibility of fundamental metaphysical incompatibility cannot be trivially ruled out. Consider this different kind of example: the distance between the premises of analytical Marxism and the neo-Hegelian theory of internal relations espoused by Bertell Ollman in Alienation: Marx's Conception of Man in Capitalist Society (link). Even if there were the possibility of some degree of convergence in conclusions about capitalism -- e.g. the likelihood of recurring crises -- the two schools of thought differ fundamentally on the nature of social entities and structures. They differ in terms of their social metaphysics. Analytical Marxists take the view that the structures of capitalism are the composite effect of variously motivated individuals; so there is an underlying atomism in the ontology of AM. Causes are fully distinct from the things they affect. Ollman, by contrast, believes that we need to conceive of the structures and social relations of capitalism relationally: the wage labor relation is not an atomistic relation between capitalist and worker, but rather a mutually implicating set of relations between the two that cannot be fully separated. Here is a passage in which Ollman attempts to capture the distinctive features of Marx's social metaphysics:

What is distinctive in Marx's conception of social reality is best approached through the cluster of qualities he ascribes to particular social factors. Taking capital as the example, we find Marx depicting it as "that kind of property which exploits wage-labor, and which cannot increase except on condition of getting a new supply of wage-labor for fresh exploitation" (Marx and Engels, 1945, 33). What requires emphasis is that the relation between capital and labor is treated here as a function of capital itself, and part of the meaning of "capital". This tie is extended to cover the worker as well, where Marx refers to him as "variable capital" (Marx, 1958, 209). The capitalist is incorporated into the same whole: "capital is necessarily at the same time the capitalist . . . the capitalist is contained in the concept of capital" (Marx, 1973, 512). Elsewhere, Marx asserts that "the means of production monopolized by a certain section of society", "the products of laborers turned into independent powers", "money", "commodities" and even "value that sucks up the value creating powers" are also capital (Marx, 1959b, 794-5; Marx, 1958, 153; Marx, 571). What emerges from these diverse characterizations is a conception of many tied facets, whose sense depends upon the relations Marx believes to exist between its components: property, wage-labor, worker, his product, commodities, means of production, capitalist, money, value (the list can be made longer still). (Chapter 2, section ii)

This example demonstrates the possibility of a genuine and deep incompatibility between two social theories at the level of the assumptions they make about the nature of the world -- their metaphysical theories.

So what about causal powers and causal mechanisms? The primary metaphysical commitment that the CP theorists advocate derives from their treatment of powers and essences -- two characteristic ideas from Aristotle. A power is thought to inhere in a thing in a particularly deep way; it is not an accidental expression of the empirical properties of the thing but rather an essential and active expression of the nature of the thing. The causal powers theory comes down to the idea that things and structures have an active capacity to bring about certain kinds of effects. In Groff’s terms, things are not passive but rather active.

Here is how Tuukka Kaidesoja introduces the metaphysical framework of critical realism in relation to causality in Naturalizing Critical Realist Social Ontology. Kaidesoja finds that the concept of a causal power is fundamental to critical realism (105). A thing's power is the characteristic of the world through which causal influence arises; without the concept of causal power, we would indeed be stranded in a Humean world of pure constant conjunction. Kaidesoja quotes Harre and Madden in these terms:

"X has the power to A" means "X (will)/(can) do A, in the appropriate conditions, in virtue of its intrinsic nature". (Kaidesoja, 106)

So what about the metaphysics of the causal mechanisms theory? Generally speaking, advocates of the mechanisms approach have not been very interested in the metaphysical issues. They (we) are generally realist, so we postulate that there are real causal interactions. This is indeed a metaphysical position. But this family of thinkers tends to be mid-range realists: they want to understand the necessity of causal relations at one level as deriving from the real workings of the physical or social system a bit lower down; but they generally don't seem to want to pose the ultimate question: how could any event or structure exert causal influence on another? So the causal mechanisms theorists are perhaps better described as scientific realists rather than philosophical or critical realists. They take the view that the world has the properties (approximately) that our best scientific theories attribute to things. (Could we call them "Galilean realists"?)

Curiously enough, this contrast seems to have a lot to do with the quibble I raised for Ruth Groff in the earlier post: whether powers should be thought to be "irreducible". Scientific realists would say they are not irreducible; rather, we can eventually arrive at a theory (molecular, genetic, economic, psychological, rational choice, physical) that displays the processes and mechanisms through which the ascribed power flows from the arrangement and properties of the thing.

On this standpoint, powers are attributions we make to things when we don't know quite enough about their composition to work out the physics (or sociology) of the underlying mechanisms. They do attach to the entity or structure in question, surely enough; but they do so in virtue of the physical or sociological composition of the entity, not because of some inherent metaphysical property.

We might try to reconcile these two perspectives with a few simple ideas:

So the discovery of a given causal power of a thing is not a metaphysical fundamental; it is rather an empirical scientific discovery that invites analysis into its underlying composition.

Daniel, Is there any reason to think that anything importation in the empirical study of nature or social life depends on whether one embraces fundamental causal powers, or believes instead that we live in a Humean world?

Its seems to me personally that causal mechanisms can be understood on both pictures, and that causal powers are gratuitous metaphysical baggage.

Sorry about the spell check problem. Should have said "anything important in the empirical study, etc."

I will be interested to hear what Dan says. I'd say this: a Hume world is fundamentally inert. Nothing in it is genuinely active. Things might *appear* to be active, as in an "animated" flip book. But - just as in an animated flip book - the activity is not real; rather, it is in fact just a sequence of static states. So the question that you are asking is: "Is a world that is fundamentally static actually different in any important way from a world that contains dynamism." The answer really has to be yes. Don't you think? [Ruth Groff, not really Anonymous]