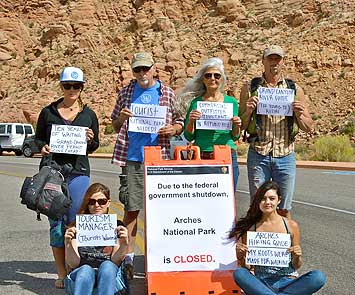 Suppose a country had come to the brink of financial catastrophe because the two parties in its legislature were unable to find compromises in the public interest. Suppose further that the discourse in that country had evolved towards a highly toxic and hateful stream of anathemas by one party against the other. And suppose that one party projects an unprecedented amount of vitriol and hatred towards the leader of the other party, the president of the country. How would we describe this state of affairs? And what hypotheses might we consider to explain how this state of affairs came to be?

First, description. This seems like a society on the brink of political breakdown. It is riven by hard hatreds, with almost no strands of civility and shared values to hold it together. One side portrays the other in extreme terms, with few voices that insist on the basic decency of the other party. (There is one maverick voice, perhaps, who breaks ranks with the extremists of his party, and who expresses a decent respect for his political foes. He is accused of being too soft -- perhaps a secret ally of the opposition.)

Here is how the point is put in a recent piece in the Washington Post:


Today there is a New Confederacy, an insurgent political force that has captured the Republican Party and is taking up where the Old Confederacy left off in its efforts to bring down the federal government. (link)

Consider this map of the distribution and density of slaveholding in the South that Abraham Lincoln found very useful in the run-up to the Civil War; link. 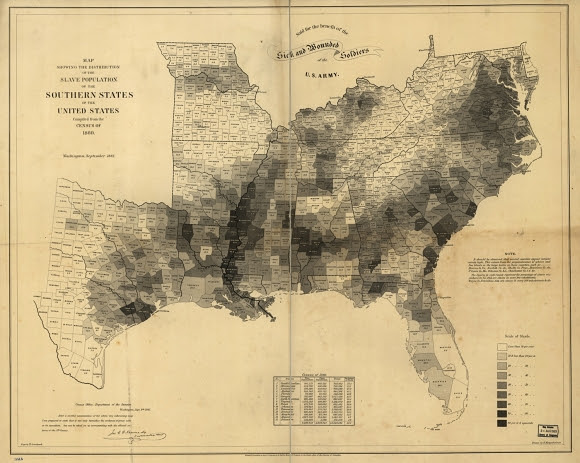 Compare this to a map presented by Richard Florida in the Atlantic link: 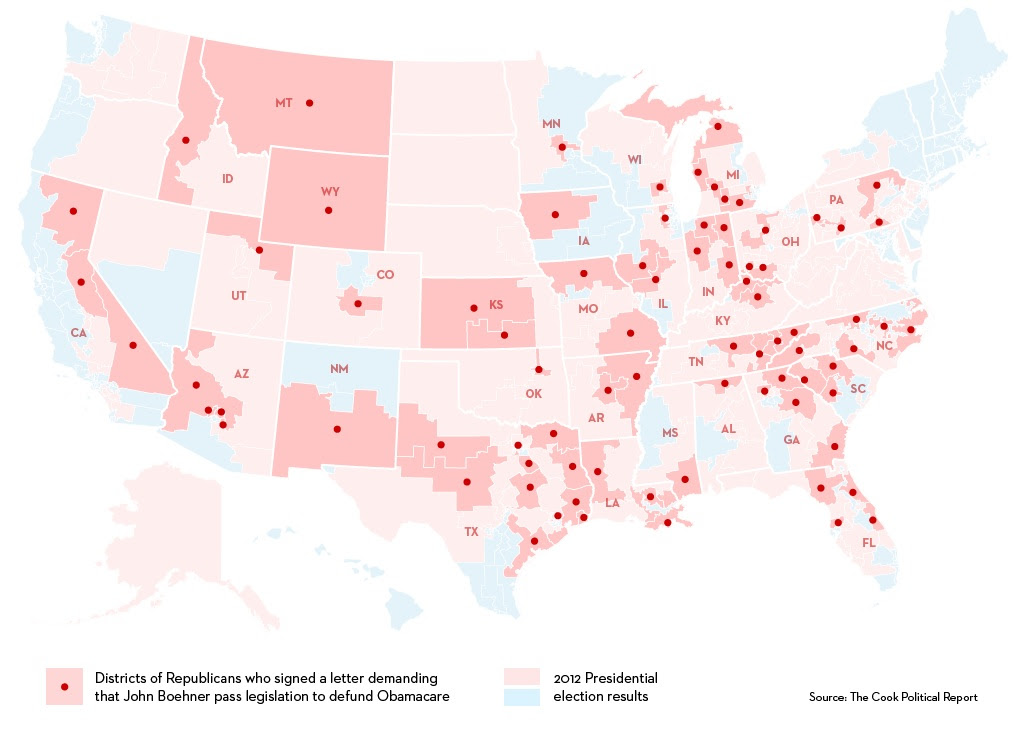 There is a pretty strong alignment between the two maps.

So where does the extremism come from? There is a fairly direct hypothesis that comes to mind: racism and racial resentment. We are facing a real inversion of the white-black power relation that this country has so often embraced. Perhaps this is just very hard for the president's opponents to accept. Perhaps it creates a curdling sense of resentment that is difficult to handle. This is certainly the impression created by the recent incident involving the waving of a confederate flag in front of the White House, an act not so different from a cross-burning in front of the home of a black family. And in fact, there is a pretty striking correlation between the heart of this anti-government activism and the distribution of slaveholding in the United States before the Civil War that is revealed in the two maps above.

Another possibility is that it's really and truly about ideology. The right really hates the president because they think he advocates an extreme left set of policies. The problem with this idea is that the President is in fact quite moderate and centrist. The health care reforms he spearheaded were themselves advocated by conservative think tanks only a few years earlier; the President's agenda has not given much attention to poverty; and the President has avoided serious efforts at redistribution through more progressive taxation. So in fact the President represents the center, not the left, on most economic policies.

So where do these trends seem to be taking us? I used the word "polarization" to describe the situation, but perhaps that is not quite accurate. The percentage of the electorate represented by the extremist faction is small -- nothing like a plurality, let alone majority, of the population. So the extremism in our politics is being driven by a fairly small segment of our society. Because of the extreme degree of gerrymandering that exists in many Congressional districts, though, these legislators are secure in their home districts. So we can't have a lot of hope in the idea that their own electorates will turn them out.

Maybe this society will cycle back to a more moderate set of voices and values. Maybe the public will express its displeasure with the extremist voices, and like good political entrepreneurs they will adapt. Maybe. But we don't seem to see the signs of thaw yet.
Posted by Dan Little at 10:26 AM

There in fact appears to be little association between the two maps, other than the strength of the south in the conservative movement. But the second map shows clearly that its not limited to the south. And in the south, the relation is if anything negative. Which makes sense. The areas of the south that had the fewest slaves in 1860 are the whitest areas today, as they were then. These were however the bastions of antislavery in the south (west Virginia, west north Carolina, east Tennessee, east Kentucky, north Alabama and the northwest of Georgia and south Carolina-bastions might be wrong word, but certainly where antislavery was strongest and where unionism was strongest), the areas that defended black suffrage in the 1830s, that were the centers of 'scalawags' in reconstruction, that joined blacks in the populist movement and that were the most likely to support republicans before the new deal (when the party was somewhat the better of the two on black civil rights). I am pretty sure a probit ot logit of %slaves on tea party legislator, controlling for south would return a negative coefficient (there were slaves in the north, so it might not be entirely unfeasible to run the regression)

Which is not to say that white resentment isn't important in the tea party and the defund movement. Just that the contrast between the two maps is exactly the wrong way to show it.

Three of my colleagues Maya Sen, Matt Blackwell & Avidit Acharya have a new paper on just this topic.

Jim, very interesting piece. Thanks for the link.

While no doubt there is a racist component in the Tea Party, I think much of the opposition is rank politics.

Don't forget many of those who fought this Administration's policies are the same people who were Clinton-haters. You remember - the guy who 'reformed' welfare and balanced the budget. They still hated Clinton enough to shut down the government and impeach him for lying during a witch hunt. I think history has shown that welfare reform has not been as successful as its supporters claimed it would be. It's been more punitive than restorative - IMHO. Still he did things that CONservatives say they want.

These were also the same people who stuck by Bush during the abominable 2000 election (no, I haven't completely 'moved on' - See G. Santayana. RE: doomed to repeat history); the jingoistic march to war in Iraq; the botched occupation of Iraq; Abu Ghraib; the jobless recovery; pissing away the surplus on tax cuts for the wealthy; massive deficits; swift boating Kerry; and the Patriot Act. And these are just the low-lights. Bush did many things CONservatives say they want. The worm did not turn until Katrina and the financial crisis/recession completely exposed his Administration's utter incompetence.

So...Clinton guts welfare and balances the budget (two not related) and is impeached. Bush racks up huge deficits and enacts an unpaid for medicare prescription drug coverage costing 50+ billion/year and is lauded until his utter incompetence finally brings down the house of cards. Actually, the level of anger on the right never really got that high - it's just his support that fell. Suddenly, strangely, nobody voted for 'W: The President'.

So I think it's mostly knee-jerk, hypocritical politics more than anything else.