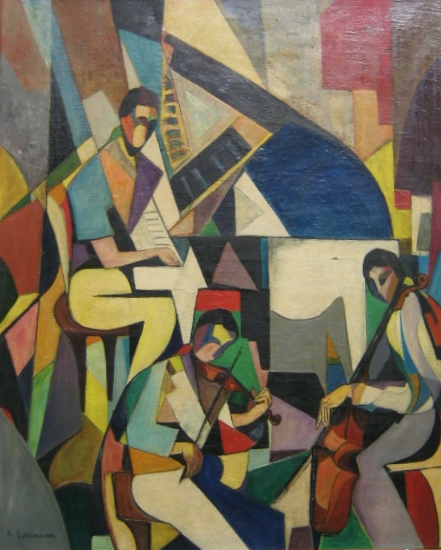 The deluge of changes that shook Europe around 1800 -- the making of the modern world -- brought with them an explosion of big new ideas, new ways of framing the social, historical, and natural world which we inhabit. Darwin, Freud, Marx, Walras, Carnot, Poincaré, Einstein -- each brought forward one or two foundational and iconoclastic ideas in terms of which to understand some very profound but mysterious features of the world. We think about the world differently because of their originality. And their categories, once shockingly strange, now seem like pure common sense. And the stock of ideas and theories we now have for understanding the social and natural world is vastly richer than it was in earlier epochs.

One theme that runs through these thinkers is the binary of order and disorder, rule and randomness. Classical physics offered a view of the world that stressed the fundamental orderliness of nature -- the idea that natural phenomena were mathematical and law-governed. Much of the intellectual ferment in nineteenth century and early twentieth century physics stemmed from the insight that randomness and the statistical properties of ensembles were even more basic (Carnot, thermodynamics; Brownian motion) and that the laws of physics were stranger than we thought (Poincaré on non-Euclidean space, Einstein on special relativity, Schrödinger on quantum physics). (Peter Galison's fascinating book, Einstein's Clocks and Poincare's Maps: Empires of Time, sheds light on the conceptual revolutions of Poincaré and Einstein.)

In a similar vein, Darwin brought the workings of random variation within a population into center stage in biology. Instead of species with fixed properties, Darwin described a process of evolution through which the properties of a species change over very long stretches of time. Rather than assuming that the features of an organism have been fine-tuned by an intelligent designer, Darwin conceived of a myopic process of adaptation and selection through which functionality could emerge without a designer. (Jonathan Howard's Darwin: A Very Short Introduction is a good account of Darwin's innovation.)

Freud and Marx brought a different sort of paradigm shift to the human sciences. Human behavior is not a transparent consequence of instrumental rationality. Rationality and full self-knowledge are not the primary keys to human action. Instead, people have hidden and only partially available thoughts, aversions, and wants, and it is the work of psychoanalysis to uncover these hidden ideas and thoughts. The self is contradictory and hidden to the actor. (Here is a nice essay by Donald Carveth on the relevance of psychoanalysis for social theory; link.)

And Marx disputed the assumptions of collective rationality and optimality that were embodied in the political economy inspired by Smith and Ricardo -- the idea that a person-independent market served to solve the most basic social problems behind the backs of the actors. In place of this assumption of neutral impersonality Marx argued that modern society reflects a fundamental opposition between groups of people based on their property and economic interests. And he argued that the behavior of the state and its primary institutions could best be understood as the expression of the interests of the dominant class. (Two very different accounts of Marx's intellectual system include Jon Elster, Making Sense of Marx and David Harvey's A Companion to Marx's Capital.)

These are indeed big and important ideas. We understand the real workings of the natural and social worlds better because of these revolutions in thought. We can ask two important questions. First, why did the modern world -- industrial revolution, democratic movements, revolutions in physics and biology -- stimulate such a rich flourishing of innovation and insight, as contrasted to the ancient world or the medieval world?

The beginnings of an answer to this question can be found in the velocity and manifest importance of the changes that western Europe began to experience from 1750 forward -- the French Revolution, the advent of the factory system in England, the spread of revolutionary ideas from anarchists and socialists into popular movements, and other profound changes. Thomas Carlyle was one of the creative thinkers who was forced to find a new vocabulary to describe industrial cities and factories in the early nineteenth century (Past and Present); these social complexes barely existed in the previous century.

The second important question is even more interesting -- where are those new ideas today? Has the twenty-first century yet created any genuinely new thinking to compare with the nineteenth century period of intellectual ferment?

I am tempted to answer this second question in the negative. We have witnessed enormous technological advancement in the past fifty years. Who, in 1964, could have imagined the connectivity created by the Internet and Google, or the extension of human cognition enabled by a connected iPad? But have we encountered genuinely innovative and insightful new ways of organizing our world in thought, about either nature or society? Perhaps not. The social sciences have certainly advanced in the half century of research that has transpired since 1964; but I'm not sure that I would say that there are fundamentally new conceptions of social reality in play. (Perhaps the ontology of assemblage might compete for a spot on the stage; link.) It seems rather that our frameworks of thought have remained somewhat static for the past fifty years.

It is possible that we should not expect big ideas at this point in our history, on the grounds that we now have a reasonably good understanding of both the natural and the social world. If we made that assumption, then we should expect long periods of incremental growth, expansion of knowledge of detail, along with combination and recombination of existing theories and concepts, but no major new breakthroughs.

There will be objections to this line of thought. One is that earlier epochs may have been more innovative and paradigm-breaking than I suggest. Stephen Greenblatt's recent book on Epicurus and Lucretius certainly makes a case for profound intellectual innovation in the ancient world (The Swerve: How the World Became Modern; link). So it is possible that the impression of radical intellectual change starting in the nineteenth century is just a consequence of the foreshortening of history; perhaps the ancients were as resourceful and creative in their thinking as the moderns were.

Another objection is that each of the thinkers I have mentioned had predecessors, including Darwin's contemporary Alfred Russel Wallace and the many versions of socialism that competed with Marx. Was Marx so innovative after all, when compared to Proudhon or Blanqui? So one should not over-emphasize the point of absolute originality. But taking all of this into account, it seems inescapable that human conceptual and imagination space took a major step forward between 1850 and 1925. And, by contrast, the past fifty or seventy-five years seem rather tame when it comes to big ideas.

What thoughts do readers have about genuine innovations in thought in the past fifty years, especially in the social and historical sciences? Are there intellectual or conceptual discoveries that strike you as being genuinely transformative to the way we understand the contemporary world?

(T. J. Clark makes a number of interesting points about the influence of modern social change on the representational arts in Farewell to an Idea: Episodes from a History of Modernism. In an earlier post I discussed the connections that seem to exist between social conditions of modernity and the forms that modern art took during those decades; link.)

Email ThisBlogThis!Share to TwitterShare to FacebookShare to Pinterest
Labels: CAT_foundations