A sense of injustice in China? 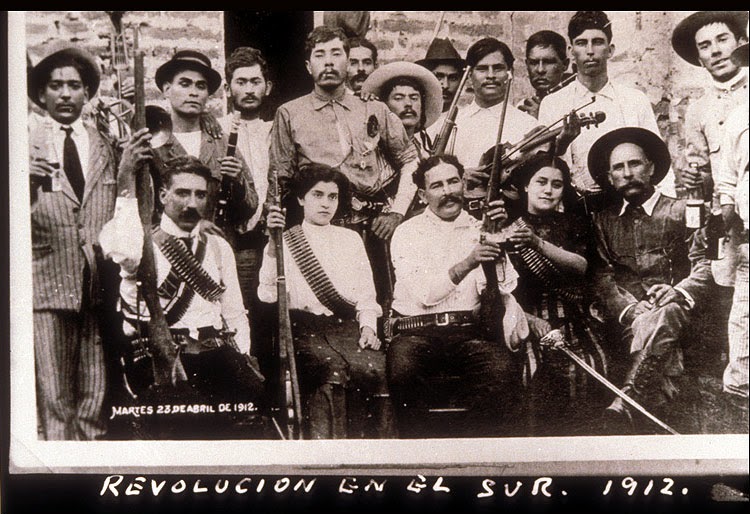 Quite a few years ago Barrington Moore explored in his book Injustice the idea that a sense of justice sometimes plays an important role in history. Here is how he put his central question:


This is a book about why people so often put up with being the victims of their societies and why at other times they become very angry and try with passion and forcefulness to do something about their situation. For the most part, the book focuses on people at or near the bottom of the social order: those with little or no property, income, education, power, authority, or prestige. (xiii)

Moore is interested in a particular moment in history, the moment when ...


... people come to believe that a new and different set of criteria ought to go into effect for the choice of those in authority and the manner of its exercise, for the division of labor, and for the allocation of goods and services... In this chapter we are looking for general processes that occur at the level of culture, social structure, and individual personality, as groups of people cease to take their social surroundings for granted and come to reject or actively to oppose them. (81)

We might summarize this idea in these terms:
Moore offers examples of how offenses to a prevalent sense of justice can influence collective behavior, mostly drawn from German working class history. But for other examples we can also turn to E.P. Thompson's concept of the moral economy of the crowd (link; also included in Customs in Common: Studies in Traditional Popular Culture) and James Scott's application of this concept to the situation of rebellion and mobilization in SE Asia (The Moral Economy of the Peasant: Rebellion and Subsistence in Southeast Asia, Weapons of the Weak: Everyday Forms of Peasant Resistance).

These ideas seem especially relevant to the case of China since the Revolution. On the one hand, the Chinese Communist Revolution depended upon a set of values that couched social justice in terms of equality across classes. On the other hand, China's economy and society have witnessed an explosion of inequalities of income and influence since the 1980s. It is natural to ask, then, whether people who came to adulthood in the 1930s and 1940s in China acquired an egalitarian sense of justice and injustice; and whether they and their children experience today's inequalities as being unjust. And in fact, some observers believe that rising inequalities in China are contributing to dangerously high levels of dissatisfaction and outrage among ordinary citizens. Or in other words, China is ripe for the kind of morally induced protest and resistance that Barrington Moore described. China is a "social volcano" in the early stage of venting and steaming, with an eruption to follow.

Martin Whyte's recent study of this question leads to surprising findings (for me, anyway). In Myth of the Social Volcano: Perceptions of Inequality and Distributive Injustice in Contemporary China Whyte sets out to use the tools of survey research to assess and measure the contours of the assumptions about justice and inequality that are shared by several generations of Chinese men and women. He and research colleagues (including Shen Mingming and Yang Ming) conducted a national survey in 2004 aimed at probing Chinese attitudes towards inequalities. The survey involved responses from about 4,344 individuals, stratified in terms of region and rural/urban status.

Here is Whyte's assessment of the survey data (chapter 3):


How can we summarize Chinese citizens' feelings about issues of inequality and distributive justice? Which aspects of current inequalities in China do they accept and view as fair, and which do they see as basically unjust? In general, our survey results indicate that the majority of respondents accept and view as fair most aspects of the unequal, market-based society in which they now live. There is little sign in our results of strong feelings of distributive injustice, of active rejection of the current system, or of nostalgia for the distributional policies of the planned socialist era. (kl 1191)

In fact, Whyte describes a set of attitudes that place China squarely within what we might call the values of social democracy, favoring a social safety net and a market society that provides widespread opportunities for advancement. Here is a particularly relevant chart (figure 3.3):

The results in this chart display an intriguing blend of liberal and socialist commitments. Equal distribution (the Mao principle) receives 29.1% support, significantly lower than the 44.7% who oppose the principle. But another anti-liberal principle, government guarantee of jobs, receives higher positive than negative support (57.3% in support, 23.9% against). And there is overwhelming support for the idea of a government guarantee of a minimum living standard (80.8%).

Whyte singles out a number of principles of legitimacy and justice that he discerns in the survey findings (quoting from chapter 3, kl 1191 ff.):
It is the generally optimistic character of these findings that leads Whyte to doubt that China is a "social volcano". He finds that the bulk of the Chinese population possesses a conception of justice and economic expectation that aligns fairly well with China's current social and economic realities. He does not find a rising sense of injustice and resentment that might fuel anti-regime mobilization. So China is not approaching a social eruption driven by a deepening sense of injustice among ordinary people; or at least this is how Whyte reads the data.

But it seems possible to read the data in another way as well. The principle of equal distribution -- the Maoist principle -- does actually correspond to the moral sense of a very large number of Chinese men and women in the survey (29.1%). (This number falls to 11.3% if it is specified that inequalities derive from a system of equal opportunity; figure 3.5.) How strongly does this minority hold this egalitarian view? Who are they? Is there a generational split on this question? And how about perceptions of conflict? Figure 3.7 presents opinions about the severity of conflict between various groups in Chinese society; there we find that 38.5% of respondents find large or very large conflicts between poor and wealthy people. Is this a large number or a small number?

In fact, there is an alternative reading of Whyte's data that comes to a somewhat darker conclusion. It is true that there is a large majority in Chinese society who are optimistic about the direction of change China is undergoing, and who are optimistic about their futures and those of their children. But there also seems to be a meaningful percentage of China's population who do not share these attitudes and beliefs. And perhaps this group is large enough to portend the kind of social conflict that Whyte is so skeptical about. When it comes to the likelihood of social unrest, perhaps it is not the modal individual but the disadvantaged minority who is most salient. So maybe a Moore-ian crisis is brewing in China after all.