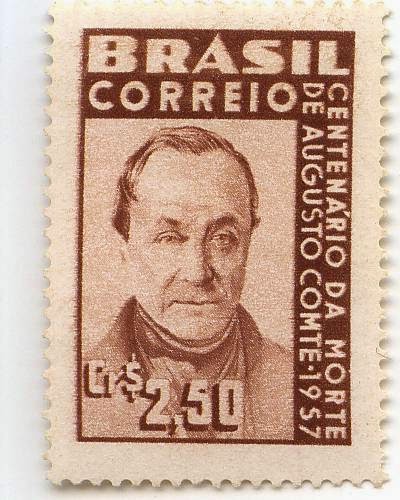 Frédéric Vandenberghe is an important contributor to the philosophy of critical realism. His interesting book A Philosophical History of German Sociology appeared in 2008, which started life as his PhD thesis in 1994. Like an earlier tradition of historians of sociology (e.g. Raymond Aron, Main Currents in Sociological Thought: Montesquieu, Comte, Marx, de Tocqueville, Sociologists and the Revolution of 1848 and Robert Nisbet, The Sociological Tradition), Vandenberghe traces the origins of sociology to the origins of modernity -- in his chronology, the mid-nineteenth century and beginnings of the twentieth century.


Despite the quite understandable tendency of historians of ideas to trace the origins of sociology as far back as possible, returning to Plato’s Republic and Aristotle’s Nichomachean Ethics, there is now a general acknowledgement that sociology emerged as a relatively autonomous discipline, distinct from economics and political science, in the nineteenth century. Sociology cannot be separated from the discovery of the relative autonomy of society, which is linked to the advent of modernity: right from the start, the new discipline expressed the self- reflexive attitude of modern societies towards themselves, and to what eludes them. As a sub-system of science, which is a sub-system of society, sociology can be viewed as a kind of large-scale psychoanalysis that seeks to reveal the historicity and facticity of functionally differentiated modern societies. (kl 169)

But unlike Aron and Nisbet, his account highlights the critical aspects of the sociological tradition. His key figures are Marx, Simmel, Weber, Lukács, Horkheimer, Adorno, and Habermas, and a persistent theme is that of criticism and demystification. This leaves him perfectly positioned to interpret and contribute to the philosophical corpus of critical realism.

What does he mean by the "autonomization" of society? It is the emergence in the modern world of a separation between social causation and the individuals who make up society; the development of a social environment in which individuals are "subject" to the constraints of society; a separation between society and the individual. Vandenberghe explicitly draws the connection between this concept and Marx's conception of alienation: "human products are objectified, dehumanized, and eventually turn against their creators" (kl 200). But he also suggests that this concept is inherently linked to the idea of reification -- the mental creation of social entities independent of subjective individuals; the "hypostasis of concepts" (kl 428). "Whether in Marx, Weber, Simmel and Lukacs, or Horkheimer, Adorno and Habermas, in every instance we encounter the dual question of the reification of the world and the alienation of the human being as the central theme that forms and informs their work" (kl 248).

Throughout I've argued for the idea of the need for microfoundations for largescale social structures and forces. Does V's version of social theory contradict that premise? There is a tension, to be sure. But nothing that I read here is inconsistent with the notion that the causal powers of the social world are made up of the actions and states of mind of the individuals who compose society. V's point seems to be a different one: these congealed patterns of action and thought create constraints that are coercive for everyone in society -- even though they are embodied in the actions of individuals. He writes:


In fact, the thesis about the sui generis existence of society is simultaneously an expression of the fundamental experience of modernity and a constitutive a priori of sociology. By definition, a sociologist accepts that “society” exists, distinct from the economy and the polity, and essentially irreducible to the psyche (or biology or chemistry). It does not mean, as Durkheim (1968) claimed, that social facts must always be explained by social facts, but rather that social facts – that is, social entities, relations and representations – exist, and that they cannot be reduced to psychological facts (or biological, chemical, neurological facts). The two fundamental claims that the sociologist should not question are that society is relatively autonomous in regard to individuals and that sociology makes a transcendental presupposition regarding the existence of this sphere. (kl 248)

This passage denies the possibility of reducibility. But it does not deny -- explicitly, anyway -- the ontological premise that social facts are constituted by the actions, thoughts, and dispositions of socially situated actors; and that is fundamentally what is required by the requirement of microfoundations.

The 2014 volume What's Critical About Critical Realism?: Essays in Reconstructive Social Theory is an excellent treatment of contemporary social theory, grounded in critical realism but extending to theorists as diverse as Bourdieu, Habermas, and Boltanski. he describes this book as being "five books in one" -- substantial essays on the pragmatics of internal conversations, the structuration of collective subjectivities, Bourdieu's rationalist social theory, and "post humanism", as well as his own developed concept of metacritical realism.


I understand metacritique as a critique of the metatheoretical foundations of sociology that takes its cues from Talcott Parsons, Jeffrey Alexander and Jurgen Habermas and have used it to systematically reconstruct the theories of alienation, rationalisation and reification in German sociology.

Bhaskar may be a professional philosopher, but he has mainly been read by social theorists, first in the UK and then all over the world. Apart from a few incursions beyond the Anglo-Saxon world (like in Italy or Québec, for instance), French, German or Latin-American philosophers generally ignore his work, not because they disagree, but simply because it has not reached them. Unlike their colleagues from the philosophy department, sociologists, geographers, political economists and social psychologists with a Marxist background and a keen interest in social theory quickly realised the import of critical realism for the social sciences. By the mid-1980s, the first wave of critical realism had received a very favourable reception. High-quality books with a realist imprint were published by Ted Benton (1977), Russell Keat and John Urry (1982), William Outhwaite (1987), Derek Layder (1990) and Andrew Sayer (1992). At the intersection of philosophy, sociology and politics, social theorists were probing the philosophical foundations of sociology and cognate disciplines, assailing the ‘orthodox consensus’ (evolutionism + functionalism + positivism) of post-war sociology and reassessing the merits of structuration theory. Thanks to the good services of Anthony Giddens, social theory had meanwhile emerged as a relatively autonomous subfield within British sociology, while elsewhere, galvanised by ethnomethodology, structuralism and systems theory, new ambitious theoretical syntheses were published almost simultaneously. By now the story of the ‘new theoretical movement’ (Alexander, 1988) and its attempt to overcome the opposition of agency and structure has become a hackneyed one, but back in the 1980s when Pierre Bourdieu, Anthony Giddens, Jürgen Habermas and Niklas Luhmann were writing their main works, sociology was ebullient. (kl 449)

Vandenberghe analyzes Bhaskar's theories into a series of nested stages:

And he pays most attention to the first stage, the classical formulation of critical realism. Since this is the most impactful part of Bhaskar's writings within sociological theory, V's analysis is a valuable one.

These are just a few glimpses of Vandenberghe's contributions to a better understanding of critical realism in its intellectual and ontological context. But perhaps they are enough to lead readers to take on both books to find the lucid and broad-ranging interpretations that Vandenberghe offers of the intellectual terrain of contemporary social theory and critical realism.

***
As a side note, Vandenberghe captures the aspect of Bhaskar's writings that troubles some readers the most -- his philosophical obscurity.


His trajectory reminds me somehow of the one of Auguste Comte and Charles Sanders Peirce. Like Comte, he started out with a strong belief in science and ended up in the mystical waters beyond religion. Like Peirce, he is a bit of a genius (he wrote his first book when he was 20), but as he advanced in his reflections and deepened his ideas, his writings and his language became more and more idiosyncratic, obscure and esoteric. He abuses neologisms, TLA’s (three letter acronyms) and semi-formalised arguments with N dimensional graphic representations, which may well constitute, as in the case of Peirce, his ‘natural language of self- communication’ (apud Colapietro, 1989, xiv). Aware of the problem, he has added glossaries to his books, but as they are packed with internal references they are not always very helpful to make full sense of Bhaskarese. (kl 359)