Gross on the history of analytic philosophy in America 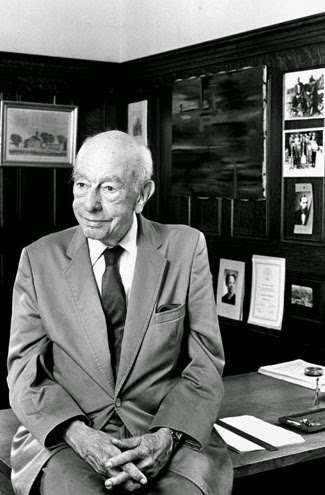 Neil Gross has a remarkably good ear for philosophy. And this extends especially to his occasional treatments of the influences that helped shape the discipline of philosophy in the United States in the second half of the twentieth century. His sociological biography of Richard Rorty is a tour de force (Richard Rorty: The Making of an American Philosopher; link). There he skillfully maps the “field” of American philosophy (in the Bourdieusian sense) and places the evolution of Rorty’s thought within the landmarks of the field. The book is an excellent exemplar of the new sociology of ideas, bringing together material, symbolic, and intellectual forces that influence the direction and shape of an intellectual tradition.

In his contribution to Craig Calhoun’s Sociology in America: A History Gross offers a very short description of the ideological and social forces that helped to determine the directions taken by the philosophy discipline in the post-war years, and this too is very illuminating. In contrast to historians of philosophy who tell the story of the development of a period in terms of the internal intellectual problems and debates that determined it, Gross seeks to identify some of the external factors that made the terrain hospitable to this movement or that. (Consider, by contrast, the internalist story that Michael Beaney tells in The Analytic Turn: Analysis in Early Analytic Philosophy and Phenomenology and in many chapters of The Oxford Handbook of The History of Analytic Philosophy.) Several paragraphs are worth quoting at length, since philosophers are unlikely to browse this collection on the history of American sociology.


Within academic philosophy, pragmatism’s stature was diminished considerably in the 1940s, 1950s, and 1960s as a result of the rise of what is called analytic philosophy. Analytic philosophy began with the efforts of G. E. Moore and Bertrand Russell in England to vanquish the idealism that had become popular there after years when empiricism dominated (Delacampagne 1999). Russell, influenced by the efforts of Gottlob Frege to develop a formal system by which logical propositions could be represented, took the view that new light could be shed on long-standing philosophical problems if attention were paid to the language in which they are expressed, and to the logical assumptions underlying that language. Russell made crucial contributions to the philosophy of mathematics, in which he tried, like Frege, to reduce mathematics topologic, but he also sought to develop an alternative metaphysics according to which objects in the world are seen as composed of logical atoms to which more complex entities can be reduced. The young Ludwig Wittgenstein studied under Russell and picked up where he and Frege left off, arguing in the Tractatus Logico-Philosophicus (1922) that facts, not logical atoms or objects per se, compose the world, and that language — which represents facts — does so by “picturing” them in logically valid propositions. On the basis of this assumption, Wittgenstein claimed that many traditional philosophical problems — particularly those concerning ethics, metaphysics, and aesthetics, which do not meet these criteria for picturing — are nonsensical. (201-202)

Gross goes on to describe the advent of ordinary language philosophy (Ryle, Austin), and the logical positivists. The positivists are particularly important in his story and in the subsequent development of professional academic philosophy in the United States.


The positivists, along with their counterparts at Oxford and Cambridge, had an enormous impact on U.S. philosophy, giving rise to a new style and tradition of philosophical scholarship. (202)

And Gross offers a sociological and political hypothesis for why analytic philosophy prevailed over pragmatism and idealism.


That analytic philosophy, at least in its early stages, downgraded the status of political philosophy may also have helped protect the field from critical scrutiny during the McCarthy era (McCumber 2001). Within the space of a few years, philosophers who saw themselves as working in the analytic tradition came to dominate nearly all the top-ranked U.S. philosophy graduate programs, analytic work became hegemonic in the major academic journals, and analysts came to assume leadership positions in the American Philosophical Association (Wilshire 2002). Pragmatism was marginalized as a consequence. Russell, for his part, had been sharply critical of Dewey, accusing pragmatism of being a philosophy “in harmony with the age of industrialism and collective enterprise” because it involved a “belief in human power and the unwillingness to admit ‘stubborn facts,’” which manifested itself in the view that the truth of a belief is a matter of its effects rather than its causes. Some American philosophers, like Chicago’s Charles Morris, tried to combine pragmatism and logical positivism, while others, like Quine or his Harvard colleague Morton White, brought pragmatism and linguistic analysis together in other ways. Nevertheless, many who worked in an analytic style came to see pragmatism and analytic philosophy as opposed, and pragmatism’s reputation went into decline. (203)

This is a nuanced and plausible precis of the evolution of academic philosophy during these decades, and the material influences that Gross cites (the influx of Vienna-school philosophers caused by the rise of Nazism, the political threat of McCarthyism) seem to be genuine historical causes of the rise of analytic philosophy dominance. And, consistent with the methods and priorities of the new sociology of ideas (link), Gross is very sensitive to the particulars of the institutions, journals, and associations through which a discipline seeks to define itself.

Contrast this narrative with the brief account offered by Michael Beaney in his introduction to The Oxford Handbook of The History of Analytic Philosophy. Beaney too points out the importance of the exodus of positivist philosophers from Europe caused by the Nazi rise to power (kl 636). But the balance of his account works through the substantive ideas and debates that took center stage in academic philosophy in the 1940s and 1950s. To read his account, philosophy moved forward as a consequence of a series of logical debates.


Agreement on the key founders already gives some shape to the analytic tradition -- as a first approximation, we can characterize it as what is inspired by their work. With this in mind, we can then identify two subsequent strands in analytic philosophy that develop the ideas of its four founders [Russell, Moore, Frege, Wittgenstein]. The first is the Cambridge School of Analysis ... and the second is logical empiricism. (kl 826)

The impetus of Gross's interest in the development of analytic philosophy in American universities was the impact this movement had on pragmatism. Essentially Gross argues that pragmatism was pushed into a minor role within academic philosophy by the ascendency of positivism and analytic philosophy, and that the latter occurred because of social factors in the university and society at large. Cheryl Misak is a contemporary expert on pragmatism (The American Pragmatists, New Pragmatists), and she disputes this view from a surprising point of view: she argues that analytical philosophy actually absorbed the greater part of pragmatism, and that one could make the case that pragmatist ideas have great contemporary influence within philosophy. Her argument is summarized in "Rorty, Pragmatism, and Analytic Philosophy" (link).


When the logical empiricists arrived in America, they found a soil in which their position could thrive. They did not arrive in a land that was inhospitable to their view, nor did they need to uproot the view they found already planted there. (373)

She argues that Peirce's pragmatism had much in common with positivism, and she traces a fairly direct lineage from Peirce through Dewey and C.I. Lewis to Quine, Goodman, and Roy Wood Sellars. Here is her conclusion:

It seems to me that it is possible that both Misak and Gross are right, because they are concerned with different aspects of the "field" of academic philosophy. Misak is focusing on the issues of content, logic, and epistemology, and she finds that there is a substantial continuity on these issues across the literature of both analytic philosophy and classical pragmatism. But Gross has taken a broader focus: what are the paradigmatic topics and modes of approach that were characteristic of analytic philosophy and pragmatism? What were the "styles" of thinking that were characteristic of analytic philosophy and pragmatism? And he is right in thinking that, had Peirce, James, and Dewey and their successors prevailed by dominating the chief research departments of philosophy, American academic philosophy would have looked very different.