Ideologies and organizations as causes of political extremism 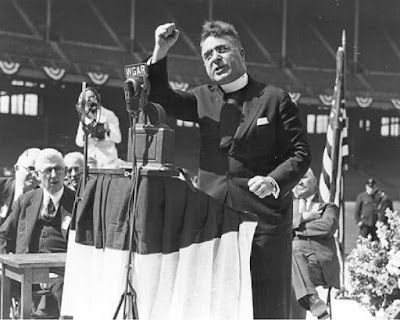 In a recent post I addressed the issue of the rise of mass intolerance and hate from the point of view of the public -- the processes through which sizable numbers of members of society come to be more intolerant in their attitudes and behaviors. This involves looking at the problem as being analogous to epidemiology -- the contagion through a population of the social psychology of hate and intolerance.

But this is only a part of the story. Right-wing political movements are fueled by ideologies and organizations, and when they come to power their success is at least partially attributable to these higher-level social factors. A movement can't succeed without gaining grassroots followers, to be sure. But it may be that the authoritarian and racist politics of a movement derive more from the higher-level factors of ideology and organization than the retail racism and social psychology of the populace.
This is the heart of the approach taken by Fritz Stern in The Politics of Cultural Despair: A Study in the Rise of the Germanic Ideology

, where he gives a careful and detailed accounting of the philosophies and mental frameworks that underlay the progress of reactionary and racist parties in Germany (link). It is also the approach taken by Janek Wasserman in Black Vienna: The Radical Right in the Red City, 1918-1938, where the ideas of conservative religious dogmas, anti-semitism, and a hatred of modern secularism fueled the rise of Austrofascism. Wasserman gives little attention to the street-level politics of the struggles and mobilizations of left and right in Austria (unlike Arthur Koestler's gritty accounts of the mobilizations and street fighting of communists and fascists in Berlin; link).
If we look at the problem from this point of view, then the rise of right-wing extremist movements needs to be analyzed in terms of the ideologies that lead them and the organizations through which they attempt to bring about their political ends. In the United States the ideology of the right has a number of leading values: religious fundamentalism, nativism, anti-government and anti-tax rhetoric, free market fundamentalism, suspicion, homophobia, and cultural conservativism. And these threads have been woven together into powerful and motivating narratives of American history and the political choices the country faces for tens of millions of Americans.
In this light the writings of Richard Hofstadter, discussed in an earlier post, are quite important. Hofstadter traces the specifics of a fairly distinctive conservative ideology in the United States, a worldview of society and politics that has persisted in the organs of public expression -- newspapers, activists, professors, clergy -- over a very long time. And these tropes in turn find expression in the activism and mobilization of extremist groups like the armed groups who took over the Malheur National Wildlife Refuge last winter. These ideological strands become currents of extremist values around which individual entrepreneurs organize their appeals to potential followers. (Many of these themes are finding expression on the convention stage in Cleveland this week.)


It is a very interesting question to consider how mass consciousness in a population maintains a "folk" political philosophy over generations. How have American nativism and mistrust of government been sustained in the populace since 1900? Why does anti-semitism persist so strongly in some European countries where the Holocaust left almost no Jewish residents at all? What are the mechanisms of transmission and reproduction that make this possible? To what extent is this an organic process of popular transmission, and to what extent is it the result of ongoing ideological struggles? It is clear that ideologies have institutional embodiments. And it is an important task for political sociology to map out the ways these institutions work. Obviously newspapers, media, religious centers, and universities play key roles in the transmission of political frameworks to new generations of citizens; and the influence of family traditions and daily discussions of current events play a crucial role in the transmission of values and frameworks as well.


The organizations of the right include a range of configurations of groups in civil society -- right-wing political parties, religious organizations, anti-government groups, and cause-based organizations (anti-gay marriage, pro-gun groups, business advocacy groups, conservative student organizations). The hate groups tracked by the SPLC are the extreme fringe of this world. These kinds of organizations do their best to frame political choices and antagonisms around their core ideological tropes, and they do everything possible to stir up the emotions and angers of their followers and potential followers around these values.

Ideologies and organizations are clearly intertwined. Organizations have purposive agendas; and one important mechanism for furthering their agendas is to influence the content and nature of prominent expressions of social worldviews. So funneling cash into right-leaning think tanks, enhancing the visibility and credibility of their spokesmen, and turning up the volume on extreme right-wing media outlets are all understandable strategies of ideological conflict. (Naomi Oreskes' and Eric Conway's important book Merchants of Doubt: How a Handful of Scientists Obscured the Truth on Issues from Tobacco Smoke to Global Warming documents these strategies in the case of climate science; link.) But likewise, the currency of a bundle of ideological beliefs and values in a part of the population is a huge boost for the ability of an organization to finance itself, draw followers, and exercise influence.

So we can look at the rise of large social movements, including those based on hate and suspicion, from two complementary perspectives. We can consider the micro-level processes through which beliefs and activism spread through a population, and we can look at the higher-level factors of ideology and organization within which these political processes unfold. In reality, of course, the kinds of causation involved in both levels are always involved in political transformation, and it may not be productive to try to sort out which level has greater causal importance.

What a terrible one-sided view on ideology and motives. As if there are no objective reasons for a lot of people to be disenchanted by the leftist individualist "Gutmensch" ideology.

Could the lull in right wing ideology in mid century (which I take to be the case) be due to the right taking time to entrench their messages in the new mass medias, (like cable news and the internet)?

I just can't see where in this post the contrary is implied. Very probably this thing has something important to do with liberal capitalists' administration and its limitations, and probably something to do with the notable failures of the radical left. This post doesn't say anything about that, it just invites us to do research. Of course some of the leftist biases of Daniel have some effect on what he prioritizes, but his writing is always sober and useful even if you read it from a traditionalist agenda. Take it easy and come with more constructive appreciations, or else just keep shoving on our faces your own angry biases

I am fascinated by mass ideological movements , whether it be right wing,religious or left wing. Much has been written about the 2 former topics but little about the left wing movements. I would be interested in your analysis.