Menon and Callender on the physics of phase transitions 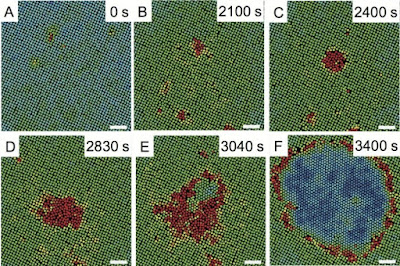 In an earlier post I considered the topic of phase transitions as a possible source of emergent phenomena (link). I argued there that phase transitions are indeed interesting, but don't raise a serious problem of strong emergence. Tarun Menon considers this issue in substantial detail in the chapter he co-authored with Craig Callender in The Oxford Handbook of Philosophy of Physics, "Turn and face the strange ... ch-ch-changes: Philosophical questions raised by phase transitions" (link). Menon and Callender provide a very careful and logical account of three ways of approaching the physics of phase transitions within physics and three versions of emergence (conceptual, explanatory, ontological). The piece is technical but very interesting, with a somewhat deflating conclusion (if you are a fan of emergence):


We have found that when one clarifies concepts and digs into the details, with respect to standard textbook statistical mechanics, phase transitions are best thought of as conceptually novel, but not ontologically or explanatorily irreducible.

Menon and Callendar review three approaches to the phenomenon of phase transition offered by physics: classical thermodynamics, statistical mechanics, and renormalization group theory. Thermodynamics describes the behavior of materials (gases, liquids, and solids) at the macro level; and statistical mechanics and renormalization group theory are theories of the micro states of materials intended to allow derivation of the macro behavior of the materials from statistical properties of the micro states. They describe this relationship in these terms:


Statistical mechanics is the theory that applies probability theory to the microscopic degrees of freedom of a system in order to explain its macroscopic behavior. The tools of statistical mechanics have been extremely successful in explaining a number of thermodynamic phenomena, but it turned out to be particularly difficult to apply the theory to the study of phase transitions. (193)

Here is the mathematical definition of phase transition that they provide:

And they offer this definition:

(Def 1) An equilibrium phase transition is a nonanalyticity in the free energy. (194)

Here is their description of how the renormalization group theory works:

Renormalization group theory, then, is essentially the mathematical basis of coarse-graining analysis (link).

So are phase transitions "emergent" phenomena in either a weak sense or a strong sense, relative to the micro-states of the material in question? The strongest sense of emergence is what Menon and Callender call ontological irreducibility.


Ontological irreducibility involves a very strong failure of reduction, and if any phenomenon deserves to be called emergent, it is one whose description is ontologically irreducible to any theory of its parts. Batterman argues that phase transitions are emergent in this sense (Batterman 2005). It is not just that we do not know of an adequate statistical mechanical account of them, we cannot construct such an account. Phase transitions, according to this view, are cases of genuine physical discontinuities. (215)

The possibility that phase transitions are ontologically emergent at the level of thermodynamics is raised by the point about the mathematical characteristics of the equations that constitute the statistical mechanics description of the micro level -- the infinite differentiability of those equations. But Menon and Callender give a compelling reason for thinking this is misleading. They believe that phase transitions constitute a conceptual novelty with respect to the resources of statistical mechanics -- phase transitions do not correspond to natural kinds at the level of the micro-constitution of the material. But they argue that this does not establish that the phenomena cannot be explained or derived from a micro-level description. So phase transitions are not emergent according to the explanatory or ontological understandings of that idea.

The nub of the issue comes down to how we construe the idealization of statistical mechanics that assumes that a material consists of an infinite number of elements. This is plainly untrue of any real system (gas, liquid, or solid). The fact that there are boundaries implies that important thermodynamic properties are not "extensive" with volume: twice the volume leads to twice the entropy. But the way in which the finitude of a volume of material affects its behavior is through the effects of novel behaviors at the edges of the volume. And in many instances these effects are small relative to the behavior of the whole, if the volume is large enough.


Does this fact imply that there is a great mystery about extensivity, that extensivity is truly emergent, that thermodynamics does not reduce to finite N statistical mechanics? We suggest that on any reasonably uncontentious way of defining these terms, the answer is no. We know exactly what is happening here. Just as the second law of thermodynamics is no longer strict when we go to the microlevel, neither is the concept of extensivity. (201-202)

There is an important idealization on the thermodynamic description as well -- the notion that several specific kinds of changes are instantaneous or discontinuous. But this assumption can also be seen as an idealization, corresponding to a physical system that is undergoing changes at different rates under different environmental conditions. What thermodynamics describes as an instantaneous change from liquid to gas may be better understood as a rapid process of change at the molar level which can be traced through in a continuous way.

The conclusion they reach is worth quoting:


Phase transitions are an important instance of putatively emergent behavior. Unlike many things claimed emergent by philosophers (e.g., tables and chairs), the alleged emergence of phase transitions stems from both philosophical and scientific arguments. Here we have focused on the case for emergence built from physics. We have found that when one clarifies concepts and digs into the details, with respect to standard textbook statistical mechanics, phase transitions are best thought of as conceptually novel, but not ontologically or explanatorily irreducible. And if one goes past textbook statistical mechanics, then an argument can be made that they are not even conceptually novel. In the case of renormalization group theory, consideration of infinite systems and their singular behavior provides a central theoretical tool, but this is compatible with an explanatory reduction. Phase transitions may be “emergent” in some sense of this protean term, but not in a sense that is incompatible with the reductionist project broadly construed. (222)

Or in other words, Menon and Callender refute one of the most technically compelling interpretations of ontological emergence in physical systems. They show that the phenomena of phase transitions as described by classical thermodynamics are compatible with being reduced to the dynamics of individual elements at the micro-level, so phase transitions are not ontologically emergent.

Are these arguments relevant in any way to debates about emergence in social system dynamics? The direct relevance is limited, since these arguments depend entirely on the mathematical properties of the ways in which the micro-level of physical systems are characterized (statistical mechanics). But the more general lesson does in fact seem relevant: rather than simply postulating that certain social characteristics are ontologically emergent relative to the actors that make them up, we would be better advised to look for the local-level processes that act to bring about surprising transitions at critical points (for example, the shift in a flock of birds from random flight to a swarm in a few seconds).