Cacophony of the social 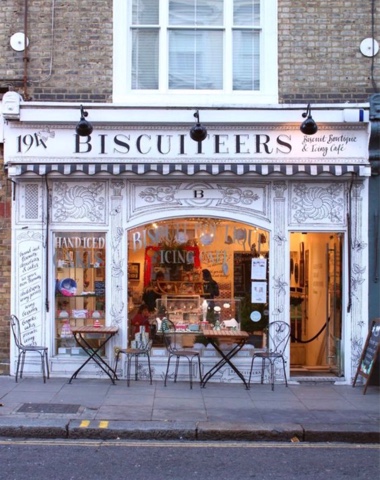 Take a typical day in a major city -- a busy street with a subway stop, a park, a coffee bar, and a large consumer financial office. There are several thousand people in view, mostly in ones and twos. Some people are rushing to an appointment with a doctor, a job interview, a drug dealer in the park. A group of young men and women are beginning to chant in a demonstration in the park against a particularly egregious announcement of government policy on contraception.

There is a blooming, buzzing confusion to the scene. And yet there are overlapping forms of order -- pedestrians crossing streets at the crosswalks, surges of suits and ties at certain times of day, snatch and grab artists looking for an unguarded cell phone. The brokers in the financial office are more coordinated in their actions, tasked to generate sales with customers who walk in for service. The demonstrators have assembled from many parts of the city, arriving by subway in the previous hour. Their presence is, of course, coordinated; they were alerted to the demo by a group text from the activist organization they belong to.

What are the opportunities for social science investigation here? What possibilities exist for explanation of some of the phenomena on display?

For one thing there is an interesting opportunity for ethnographic study presented here. A micro-sociologist or urban anthropologist may find it very interesting to look closely to see what details of dress and behavior are on display. This is the kind of work that sociologists inspired by Erving Goffman have pursued.

Another interesting possibility is to see what coordinated patterns of behavior can be observed. Do people establish eye contact as they pass? Are the suits more visibly comfortable with other suits than with the street people and panhandlers with whom they cross paths? Is there a subtle racial etiquette at work among these urban strangers?

These considerations fall at the "micro" end of the spectrum. But it is clear enough that the snapshots we gain from a few hours on the street also illustrate a number of background features of social structure. There is differentiation among actors in these scenes that reflects various kinds of social inequalities. There are visible inequalities of income and quality of life that can be observed. These inequalities in turn can be associated with current activities -- where the various actors work, how much education they have, what schools they attended, their overall state of health. There are spatial indicators of interest as well -- what kinds of neighborhoods, in what parts of the city, did these various actors wake up in this morning?

And for all of these structural differentiators we can ask the question, what were the social mechanisms and processes that performed the sorting of new-borns into affluent/poor, healthy/sick, well educated/poorly educated, and so forth? In other words, how did social structure impose a stamp on this heterogeneous group of people through their own distinctive histories?

We can also ask a series of questions about social networks and social data about these actors. How large are their personal social networks? What are the characteristics of other individuals within various individual networks? How deep do we need to go before we begin to find overlap across the networks of individuals on the street? This is where big data comes in; Amazon, credit agencies, and Verizon know vastly more about these individuals, their habits, and their networks than a social science researcher is likely to discover through a few hundred interviews.

I'd like to think this disorderly ensemble of purposive but uncoordinated action by several thousand people is highly representative of the realities of the social world. And this picture in turn gives support to the ontology of heterogeneity and contingency that is a core theme here.