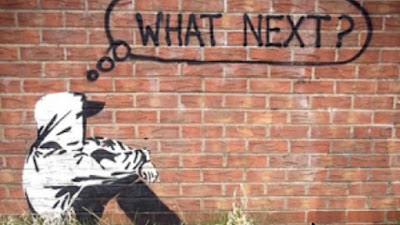 Each individual has a distinctive personality and orienting set of values. It is intriguing to wonder how these features take shape in the individual's development through the experiences of childhood, adolescence, and early adulthood. But we can also ask whether there are patterns of mentality and orienting values across many or most individuals in a cohort. Are there commonalities in the definition of a good life across a cohort? Is there such a thing as the millennial generation or the sixties generation, in possession of distinctive and broadly shared sets of values, frameworks, and dispositions?

These are questions that sociologists have attempted to probe using a range of tools of inquiry. It is possible to use survey methodology to observe shifts in attitudes over time, thereby pinpointing some important cohort differences. But qualitative tools seem the most appropriate for this question, and in fact sociologists have conducted extensive interviews with a selected group of individuals from the indicated group, and have used qualitative methods to analyze and understand the results.

A very interesting example of this kind of research is Jennifer Silva's Coming Up Short: Working-Class Adulthood in an Age of Uncertainty. Silva is interested in studying the other half of the millennial generation -- the unemployed and underemployed young people, mostly working class, whom the past fifteen years have treated harshly. What she finds in this segment of the cohort born in the late 1970s and early 1980s is an insecure and precarious set of life circumstances, and new modes of transition to adulthood that don't look very much like the standard progress of family formation, career progress, and rising affluence that was perhaps characteristic of this same social segment in the 1950s.

Here is how Silva frames the problem she wants to better understand:


What, then, does it mean to “grow up” today? Even just a few decades ago, the transition to adulthood would not have been experienced as a time of confusion, anxiety, or uncertainty. In 1960, the vast majority of women married before they turned twenty-one and had their first child before twenty-three. By thirty, most men and women had moved out of their parents’ homes, completed school, gotten married, and begun having children. Completing these steps was understood as normal and natural, the only path to a complete and respectable adult life: indeed, half of American women at this time believed that people who did not get married were “selfish and peculiar,” and a full 85 percent agreed that women and men should get married and have children (Furstenberg et al. 2004). (6)

Silva is interested in exploring in detail the making of "working class life adulthood" in the early twenty-first century. And her findings are somewhat bleak:


Experiences of powerlessness, confusion, and betrayal within the labor market, institutions such as education and the government, and the family teach young working-class men and women that they are completely alone, responsible for their own fates and dependent on outside help only at their peril. They are learning the hard way that being an adult means trusting no one but yourself. (9)

At its core, this emerging working-class adult self is characterized by low expectations of work, wariness toward romantic commitment, widespread distrust of social institutions, profound isolation from others, and an overriding focus on their emotions and psychic health. Rather than turn to politics to address the obstacles standing in the way of a secure adult life, the majority of the men and women I interviewed crafted deeply personal coming of age stories, grounding their adult identities in recovering from their painful pasts—whether addictions, childhood abuse, family trauma, or abandonment—and forging an emancipated, transformed, and adult self. (10)

Key to Silva's interpretation is the importance and coherence of the meanings that young people create for themselves -- the narratives through which they make sense of the unfolding of their lives and where they are going. She locates the context and origins of these self-stories in the structural circumstances of the American economy of the 1990s; but her real interest is in finding the recurring themes in the stories and descriptions these young people tell about themselves and their lives.

For Silva, the bleakness of this generation of young working class adults has structural causes: economic stagnation, dissolution of safety nets, loss of decent industrial-sector jobs and the rise of insecure service-sector jobs, and neoliberalism as a guiding social philosophy that systematically turns its back on under-class young people. It is sobering that her research is based on interviews carried out in a few cities in the United States, but the findings seem valid for many countries in western Europe as well (Britain, Germany, France). And this in turn may have relevance for the rise of populism in many countries as well.

What is most worrisome about Silva's account is the very limited opportunities for social progress that it implies. As progressives we would like to imagine our democracy has the potential of evolving towards greater social dignity and opportunity for all segments of society. But what Silva describes is unpromising for this hopeful scenario. The avenues of higher education, skills-intensive work, and better life circumstances seem unlikely as a progressive end of this story. And the Sprawl of the grim anti-utopian novels of William Gibson (Neuromancer, Count Zero) seem to fit the world Silva describes better than the usual American optimism about the inevitability of progress. Significantly, the young people whom Silva interviews have very little interest in engagement in politics and supporting candidates who are committed to real change; they do not really believe in the possibility of change.

It is worth noticing the parallel in findings and methodology between Silva's work on young working class men and women and Al Young's studies of inner city black men (The Minds of Marginalized Black Men: Making Sense of Mobility, Opportunity, and Future Life Chances). Both fall within the scope of cultural sociology. Both proceed on the basis of extensive interviews with 50-100 subjects, both make use of valuable tools of qualitative analysis to make sense of the interviews, and both arrive at important new understandings of the mentalities of these groups of young Americans.

(Here is a prior post on cultural sociology and its efforts to "get inside the frame" (link); and here is a post on "disaffected youth" that touches on some of these themes in a different way; link.)
Posted by Dan Little at 7:44 AM