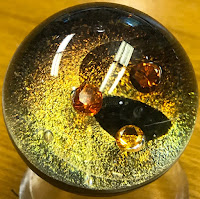 Critical realism pays particular attention to the enduring structures that underlie various social orders and processes. But as argued in an earlier post, CR also needs to be able to provide a vocabulary for describing the "subjective" and normative aspects of the social order. Margaret Archer's evolving theory of morphogenesis provides resources for discussing precisely this dimension of the social world. The most recent volume of collaborative research emerging from Archer's morphogenesis research project, Morphogenesis and the Crisis of Normativity (2016), is highly relevant to the ontology of normative features of the social world. The book focuses on the stability of legal systems in changing societies; but it is relevant to broader issues of normative coherence as well. The book includes contributions from a dozen contributors, and there is an admirable degree of focus and coherence across the chapters. Particularly interesting to me were chapters by Doug Porpora, Phil Gorski, Colin Wight, Emmanuel Lazega, and Mark Carrigan; but every essay is excellent. The volume provides the basis for a very important conversation about the nature of norms and laws in the context of rapid social change.

Here is how Archer frames the central issue in this volume:


Do shared values promote social stability and social integration, or is it the other way round? Is it rather that social stability fosters normative consensus about the legitimacy of the rule of law, the appropriateness of prevailing rules and attachment to existing conventions? This question has a long history in the philosophy of law and the sociology of development, whose respective thinkers often took different positions during the twentieth century. (1)

Archer and her colleagues introduce a new circuit of social interaction for this set of topics: social normativity, social integration, and social regulation (NIR) (1). In a thumbnail, the central insight of the volume is that much writing on the sociology of law has assumed a setting of morphostasis; but this leaves entirely open the question of the role and stability of legal and normative systems during periods of morphogenesis. The presumption has been that periods of significant, rapid social change are entirely destabilizing for legal and normative structures. And the project of the volume is to show how legal and normative structures can persist, evolve, or emerge within a period of morphogenesis. In other words, the collaborators here are interested in the topic of "normativity in changing times" (5).

One way of construing the puzzle under consideration here is the status of the "bindingness" of a normative or legal system. What circumstances or forces lead participants of a given society to internalize the prescriptions of a given set of norms or laws? And in particular, what could create this fact of norm internalization in a period of substantial and rapid social change?

There are a few features of normativity in society that are reasonably self-evident. One is a point that Archer herself emphasizes (8) and attributes as well to Dave Elder-Vass in The Causal Power of Social Structures: the fact that there are almost always multiple normative systems at work in a given society, rather than a single overarching and universal normative system. This point refutes key assumptions of both Durkheim and Parsons -- the assumption that a social order requires a fundamental and universal set of norms if it is to function coherently at all. This observation is implicit in Elder-Vass's idea of norm circles; but it is also quite visible through even cursory study of the norms of family, gender, fairness, etiquette, or life-aspiration that are current across different groups in one's own society. Archer makes a similar point here:


The hallmark of cultural relations in modernity was one of 'competitive contradictions' between the respective corpuses of ideas activated critically and conflictually by opposed groups for purposes of legitimation. (16)

But the idea that these normative conflicts must or will be resolved or eliminated in a period of greater stability is mistaken.

It is also unpersuasive to insist that a group (ethnic, racial, gender) only exists if it possesses a universal and common set of norms defining behavior for members of the group. (This appears to be the view of various theorists of "we" identities.) The same point about heterogeneity of the whole of society applies equally to groups within society. Protestants, Muslims, mid-westerners, or surfers can all construe their identities in terms of affinities with these various constructions, without being subject to a single and uniform normative code. Norms are more like strands within a woven fabric than like essential features of a group's identity. (Here is an earlier post that makes this point; link.)

Archer closes her introduction by highlighting three emerging hypotheses about morphogenesis and normativity:
What is somewhat surprising to me in these conclusions is the underlying sense of discomfort that Archer conveys with the conditions of change and transformation that they imply. The conservative critique of modernity is that the old normative foundations of social solidarity are disappearing, and chaos is the result. Archer seems almost to agree with some version of this critique; she seems to accept that morphogenesis leads to "disorderliness, destructiveness, unfairness, inhumaneness, and other iniquities" (26). This same discontent seems to underlie her critique of Bauman's view of "liquid modernity" (link). In this volume she introduces the idea of "anormative social regulation" as an alternative to norm-based social cohesion:


In forging the link between anormative bureaucratic regulation and the intensification of morphogeneisis one socio-political characteristic of regulations is crucial. Regulations themselves can be innovatory, independent of any previous precedent and faster to to introduce than legislation. Since they do not rely upon consensus among or consultation with the public affected, neither are they dependent upon the relatively slow development, typical of social conventions and of norms. This feature recommends their suitability for ready response to the novel changes introduced through morphogenesis and its generic tendency for new variety to generate more variety. (149)

This is not Archer's whole answer to the question of the role of norms within a society undergoing morphogenesis; but it is the most concrete idea she advances. And it is a very limited conception of the ways in which individuals and groups within a society might seek to preserve and promote the common good.

What seems much more promising is a view of transformation and social change that permits constant "morphogenesis" and yet witnesses a reasonably stable patchwork of continuing normative communities that permit new solutions to the constant challenges created by rapid change. Perhaps surprisingly, John Rawls's conception of a "liberal society" with a constantly shifting set of ideas across society about justice and the common good seems more suitable to the conditions of change that Archer herself is most concerned with (Political Liberalism; link). We are indeed passengers on Neurath's raft riding on currents of "liquid modernity"; but we have the ability to continually recreate the conditions of a humane and just social order around us. Critical realism and the theory of morphogenesis can perhaps help us make greater progress in formulating an ontology of "progress and stability through ongoing change".

I will be a bother again, I do so want to read and understand these essays but the jargon is just overwhelming. I just finished reading and deeply appreciating:

Relativity: The Special and General Theory
By Albert Einstein

but this sort of jargon-filled writing is becoming too difficult for me. Even when I finish a careful reading, I quickly forget any salient points. I remember Einstein but not this essay. I am no philosopher, but I am a superb reader and respected academic and wish you would write for a person as interested as I am.

I think he writes mainly for himself.

The treatment of 'norms' and 'normative' behavior seems overly complicated here, giving rise to ever more jargon. I like how these writers torture traditional manners of expression, even grammatically, to the point of seeming almost alien in scope and qualification. I tend to think that simpler principles and terms would clarify much of this verbal deluge, making it easier to speak meaningfully about the Levers that drive Agency, whether in Private or Public Experience, sharing in what is Human as much as any hummingbird shares in what is bird-like. We're really NOT this complicated, if taken in the fuller view of Life Terrestrial on Earth. Look around. Social AND Competitive and Intellectually, Sensually hungry, mostly All the Time. Now. Are we clever enough to keep from killing ourselves off with greedy ambition taken to extreme; or can we cooperate in a the generous hope and future sustainability for All Terrestrial Life? In it to save and preserve it; or in it to win it thence use it all up? Values. Objective/Subjective etc. Cheers*