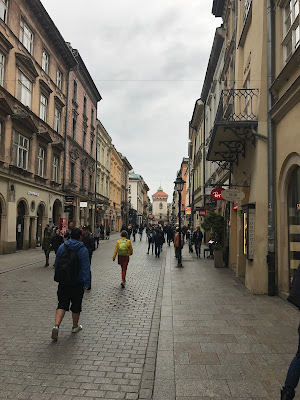 Europe faces major challenges today, from the rise of the extreme right to Brexit to the ongoing threat of ISIS terror. But these challenges pale against those faced across the map of Europe in 1945 and for the next twenty years or so. Tony Judt makes the depth and power of those challenges and changes very clear in his 2005 book, Postwar: A History of Europe Since 1945. Here is a good statement of his vision of the period from early in the book.

An era was over and a new Europe was being born. This much was obvious. But with the passing of the old order many longstanding assumptions would be called into question. What had once seemed permanent and somehow inevitable would take on a more transient air. The Cold-War confrontation; the schism separating East from West; the contest between ‘Communism’ and ‘capitalism’; the separate and non-communicating stories of prosperous western Europe and the Soviet bloc satellites to its east: all these could no longer be understood as the products of ideological necessity or the iron logic of politics. They were the accidental outcomes of history—and history was thrusting them aside. (kl 250)

Since 1989—with the overcoming of long-established inhibitions—it has proven possible to acknowledge (sometimes in the teeth of virulent opposition and denial) the moral price that was paid for Europe’s rebirth. Poles, French, Swiss, Italians, Romanians and others are now better placed to know—if they wish to know—what really happened in their country just a few short decades ago. Even Germans, too, are revisiting the received history of their country—with paradoxical consequences. Now—for the first time in many decades—it is German suffering and German victimhood, whether at the hands of British bombers, Russian soldiers or Czech expellers—that are receiving attention. The Jews, it is once again being tentatively suggested in certain respectable quarters, were not the only victims . . . (kl 439)

And in this 900-page masterpiece Judt lays it all out.

The book has a fantastic level of texture, allowing the reader to gain a powerful sense of experiencing the deprivations, crimes, and successes of the period. Judt makes significant use of economic statistics to give a scaled impression of the devastation of the immediate post-war years and the rapid growth that occurred in many countries. From the number of cars on Italy's roads in 1960 to the plummeting numbers of cinema tickets purchased in Britain in the same year, Judt manages to use the economic statistics to give a powerful impression of the ways in which life was changing across the continent. But equally Judt is at home with the culture, cinema, and literary currents of these countries and times. He is particularly adept in using film to illustrate the themes and patterns of experience that characterized change in these countries and decades.

A more somber thread of the narrative is Judt's telling of the horrendous experience of the Stalinist and post-Stalin states in Eastern Europe. Show trials every bit as horrifying as those in the USSR itself, murderous crackdowns by the Soviet military in Hungary, Czechoslovakia, and Poland, the resurgence of official anti-semitism in Poland, and the establishment of a regime of repression and violence throughout Eastern Europe -- Judt provides fine detail for stories that often get just a sentence or two in recollections of the Cold War. The separate histories of Romania, Bulgaria, Albania, and Yugoslavia during these years all warrant close attention.

Perhaps more than in most histories, Judt's narrative makes it clear that there are large moral realities interwoven with the facts and events he conveys. Individuals commit actions that are deplorable or admirable. But more profoundly, whole nations were confronted with choices and actions in these decades that were formative for generations to come. This is nowhere more apparent than in the ways different European countries dealt with their own responsibility for the extermination of the Jews during the Holocaust. Judt deals with this issue in the epilogue to the book, and it is an important piece of historical writing all by itself. (A version was published in the New York Review of Books (link).) He demonstrates that almost none of the involved nations -- especially the Netherlands, Poland, Italy, France -- lived up to the duty of confronting honestly the behavior of its citizens and officials during the Shoah. France's mendacity in particular on the subject of its willing deportation of 65,000 Jews created a permanent stain on French culture -- and it laid the basis for the continuation of denial of French responsibility by the FN up to the present day.

Judt's grasp of the details of the separate threads of history that he weaves together is truly impressive. Individuals, ideas, events, and interconnections across countries flood off the pages in a depth and precision that is hard to fathom. I find myself wondering what his work process was -- vast numbers of note cards? Stacks of annotated reference books? A prodigious memory? Every work of historical writing involves a large volume of factual material. But this book stands out for the fact that it provides expert and detailed discussion of several dozen countries in their political histories, economic transformations, and cultural and literary scenes. And there isn't one story line but several -- the intricacies of the Cold War, the shifting facets of youth culture, the fate of anti-semitism, the struggles in many countries to create effective social democracies.
This is a book that everyone should read who wants to make humane sense of the past seventy years, and it helps greatly in underlining how important the project of creating a durable set of European political, social, and cultural institutions is.
Posted by Dan Little at 5:56 PM

nice information. thank you for sharing