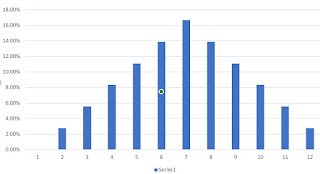 Many of our intuitions about causality are driven by a background assumption of determinism: one cause, one effect, always. But it is evident in many realms -- including especially the social world -- that causation is probabilistic. A cause makes its effects more likely than they would be in the absence of the cause. Exposure to a Zika-infected mosquito makes it more likely that the individual will acquire the illness; but many people exposed to Zika mosquitoes do not develop the illness. Wesley Salmon formulated this idea in terms of the concept of causal relevance: C is causally relevant to O just in case the conditional probability of O given C is different from the probability of O. (Some causes reduce the probability of their outcomes.)

There is much more to say about this model -- chiefly the point that causes rarely exercise their powers in isolation from other factors. So, as J.L. Mackie worked out in The Cement of the Universe: A Study of Causation, we need to be looking for conjunctions of factors that jointly affect the probability of the occurrence of O. Causation is generally conjunctural. But the essential fact remains: no matter how many additional factors we add to the analysis, we are still unlikely to arrive at deterministic causal statements: "whenever ABCDE occurs, O always occurs."

Can we look at history as a vast series of stochastic events linked by relations of probabilistic causation? And does this permit us to make historical predictions after all?

Let's explore that idea. Imagine that history is entirely the product of a set of stochastic events connected with each other by fixed objective probabilities. And suppose we are interested in a particular kind of historical outcome -- say the emergence of central states involving dictatorship and democracy. We might represent this situation as a multi-level process of social-political complexification -- a kind of primordial soup of political development by opportunistic agents within a connected population in a spatial region. Suppose we postulate a simple political theory of competition and cooperation driving patterns of alliance formation, institution formation, and the aggregation of power by emerging institutions. (This sounds somewhat similar to Tilly's theory of state formation in Coercion, Capital and European States, A.D. 990 - 1992 and to Michael Mann's treatment of civilizations in The Sources of Social Power: Volume 1, A History of Power from the Beginning to AD 1760.)

Finally we need to introduce some kind of mechanism of invention -- of technologies, institutions, and values systems. This is roughly analogous to the mechanism of genetic mutation in the evolution of life.

Now we are ready to ask some large historical questions about state formation in numerous settings. What is the likelihood of the emergence of a stable system of self-governing communities? What is the likelihood that a given population will arrive at a group of inventions involving technology, institutions, and values systems that permit the emergence of central state capable of imposing its will over distance, collecting revenues to support its activities, and conducting warfare? And what is the likelihood of local failure, resulting in the extinction of the local population? We might look at the historical emergence of various political-economic forms such as plunder societies (Genghis Khan), varieties of feudalism, and medieval city states as different outcomes resulting from the throw of the dice in these different settings.

Self-governance seems like a fairly unlikely outcome within this set of assumptions. Empire and dictatorship seem like the more probable outcomes of the interplay of self-interest, power, and institutions. In order to get self-governance out of processes like these we need to identify a mechanism through which collective action by subordinate agents is possible. Such mechanisms are indeed familiar -- the pressures by subordinate but powerful actors in England leading to the reform of absolutist monarchy, the overthrow of the French monarchy by revolutionary uprisings, the challenges to the Chinese emperor represented by a series of major rebellions in the nineteenth century. But such counter-hegemonic processes are often failures, and even when successful they are often coopted by powerful insiders. These possibilities lead us to estimate a low likelihood of stable self-governance.

So this line of thought suggests that a stochastic model of the emergence of central states is possible but discouraging. Assign probabilities to the various kinds of events that need to occur at each of the several stages of civilizational development; run the model a large number of times; and you have a Monte Carlo model of the emergence of dictatorship and democracy. And the discouraging likelihood is that democratic self-governance is a rare outcome.

However, there are several crucial flaws in this analysis. First, the picture is flawed by the fact that history is made by purposive agents, not algorithms or mechanical devices. These actors are not characterized by fixed objective probabilities. Historical actors have preferences and take actions to influence outcomes at crucial points. Second, agents are not fixed over time, but rather develop through learning. They are complex adaptive agents. They achieve innovations in their practices just as the engineers and bureaucrats do. They develop and refine repertoires of resistance (Tilly). So each play of the game of political history is novel in important respects. History is itself influenced by previous history.

Finally, there is the familiar shortcoming of simulations everywhere: a model along these lines unavoidably requires making simplifying assumptions about the causal factors in play. And these simplifications can be shown to have important consequences for the sensitivity of the model.

So it is important to understand that social causation is generally probabilistic; but this fact does not permit us to assign objective probabilities to the emergence of central states, dictatorships, or democracies.

(See earlier posts on more successful efforts to use Bayesian methods to assess the likelihood of the emergence of specific outcomes in constrained historical settings;
link, link.)
Posted by Dan Little at 2:29 AM

I was reminded of an example of the kind of simulation you described run at the Santa Fe Institute. A researcher there describes her work in this video:
https://www.youtube.com/watch?v=OTj44U0Dbc0
I always felt that the problem with developing such psycho-historic prediction models was the paucity of data at the micro level. Stripped of that, we are forced into Marxist abstractions which have had a terrible track record. I wonder if future data scientists will be able to comb through tweets, blogs and news articles to achieve anything like prediction.
History is made by the conjunction of the individual and the circumstances. The prolonged good steppe climate increased nomadic populations and livestock, but it took Genghis Khan to wield them into a culture shattering force which wrecked the golden age of the Middle East.

I am reminded of "War and Peace" and Tolstoy's theory of history which I appreciated from the initial reading.

social life is not contingent like you wrote. If you know everything at moment 1 then it is easy to know time 2. It is not that human beings are godlike creatures that reinvent themselves every second.

Our language is full of Newtonian metaphors. Heck, we still are trapped with Aristotle’s ladder of life. Darwin superseded both on the subject of all living things. But physics, including the probability of quantum mechanics, still rules the day.

It seems to me all social science should start with the metaphor of an ecosystem. What happens when you reintroduce wolves to Yellowstone? It’s open, but not probablistic.