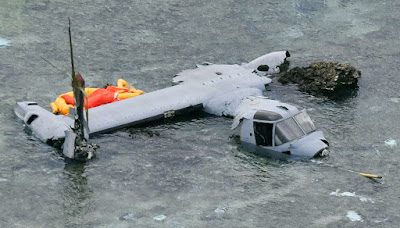 What is a dysfunction when it comes to the normal workings of an organization? In order to identify dysfunctions we need to have a prior conception of the "purpose" or "agreed upon goals" of an organization. Fiscal agencies collect taxes; child protection services work to ensure that foster children are placed in safe and nurturing environments; air travel safety regulators ensure that aircraft and air fields meet high standards of maintenance and operations; drug manufacturers produce safe, high-quality medications at a reasonable cost. A dysfunction might be defined as an outcome for an organization or institution that runs significantly contrary to the purpose of the organization. We can think of major failures in each of these examples.

But we need to make a distinction between failure and dysfunction. The latter concept is systemic, having to do with the design and culture of the organization. Failure can happen as a result of dysfunctional arrangements; but it can happen as a result of other kinds of factors as well. For example, the Tylenol crisis of 1982 resulted from malicious tampering by an external third party, not organizational dysfunction.

Here is an example from a Harvard Business Review article by Gill Corkindale indicating some of the kinds of dysfunction that can be identified in contemporary business organizations:


Poor organizational design and structure results in a bewildering morass of contradictions: confusion within roles, a lack of co-ordination among functions, failure to share ideas, and slow decision-making bring managers unnecessary complexity, stress, and conflict. Often those at the top of an organization are oblivious to these problems or, worse, pass them off as or challenges to overcome or opportunities to develop. (link)

And the result of failures like these is often poor performance and sometimes serious crisis for the organization or its stakeholders.

But -- as in software development -- it is sometimes difficult to distinguish between a feature and a bug. What is dysfunctional for the public may indeed be beneficial for other actors who are in a position to influence the design and workings of the organization. This is the key finding of researchers like Jack Knight, who argues in Institutions and Social Conflict for the prevalence of conflicting interests in the design and operations of many institutions and organizations; link. And it follows immediately from the approach to organizations encapsulated in the Fligstein and McAdam theory of strategic action fields (link).

There is an important related question to consider: why do recognized dysfunctional characteristics persist? When a piano is out of tune, the pianist and the audience insist on a professional tuning. When the Nuclear Regulatory Commission persistently fails to enforce its regulations through rigorous inspection protocols, nothing happens (Union of Concerned Scientists, link; Perrow, link). Is it that the individuals responsible for the day-to-day functioning of the organization are complacent or unmotivated? Is it that there are contrary pressures that arise to oppose corrective action? Or, sometimes, is it that the adjustments needed to correct one set of dysfunctions can be expected to create another, even more harmful, set of bad outcomes?

One intriguing hypothesis is that correction of dysfunctions requires observation, diagnosis, and incentive alignment. It is necessary that some influential actor or group should be able to observe the failure; it should be possible to trace the connection between the failure and the organizational features that lead to it; and there should be some way of aligning the incentives of the powerful actors within and around the organization so that their best interests are served by their taking the steps necessary to correct the dysfunction. If any of these steps is blocked, then a dysfunctional organization can persist indefinitely.

The failures of Soviet agriculture were observable and the links between organization and farm inefficiency were palpable; but the Soviet public had not real leverage with respect to the ministries and officials who ran the agricultural system. Therefore Soviet officials had no urgent incentive to reform agriculture. So the dysfunctions of collective farming were not corrected until the collapse of the USSR. A dysfunction in a corporation within a market economy that significantly impacts its revenues and profits will be noticed by shareholders, and pressure will be exerted to correct the dysfunction. The public has a strong interest in nuclear reactor safety; but its interests are weak and diffused when compared to the interests of the industry and its lobbyists; so Congressional opposition to reform of the agency remains strong. The same could be said with respect to the current crisis at the Consumer Financial Protection Bureau; the influence of the financial industry and its lobbyists can be concentrated in a way that the interests of the public cannot.

Charles Perrow has written extensively on the failures of the US regulatory sector (link). Here is his description of regulatory capture in the nuclear power industry:


Nuclear safety is problematic when nuclear plants are in private hands because private firms have the incentive and, often, the political and economic power to resist effective regulation. That resistance often results in regulators being captured in some way by the industry. In Japan and India, for example, the regulatory function concerned with safety is subservient to the ministry concerned with promoting nuclear power and, therefore, is not independent. The United States had a similar problem that was partially corrected in 1975 by putting nuclear safety into the hands of an independent agency, the Nuclear Regulatory Commission (NRC), and leaving the promotion of nuclear power in the hands of the Energy Department. Japan is now considering such a separation. It should make one. Since the accident at Fukushima, many observers have charged that there is a revolving door between industry and the nuclear regulatory agency in Japan -- what the New York Times called a "nuclear power village" -- compromising the regulatory function. (link)