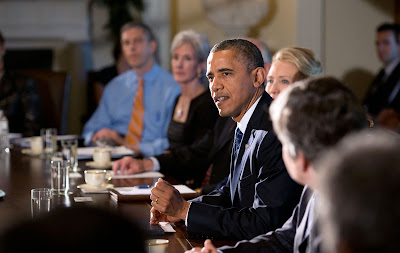 Groups make decisions through processes of discussion aimed at framing a given problem, outlining the group's objectives, and arriving at a plan for how to achieve the objectives in an intelligent way. This is true at multiple levels, from neighborhood block associations to corporate executive teams to the President's cabinet meetings. However, collective decision-making through extended discussion faces more challenges than is generally recognized. Processes of collective deliberation are often haphazard, incomplete, and indeterminate.

What is collective deliberation about? It is often the case that a collaborative group or team has a generally agreed-upon set of goals -- let's say reducing the high school dropout rate in a city or improving morale on the plant floor or deterring North Korean nuclear expansion. The group comes together to develop a strategy and a plan for achieving the goal. Comments are offered about how to think about the problem, what factors may be relevant to bringing the problem about, what interventions might have a positive effect on the problem. After a reasonable range of conversation the group arrives at a strategy for how to proceed.

An idealized version of group problem-solving makes this process both simple and logical. The group canvases the primary facts available about the problem and its causes. The group recognized that there may be multiple goods involved in the situation, so the primary objective needs to be considered in the context of the other valuable goods that are part of the same bundle of activity. The group canvases these various goods as well. The group then canvases the range of interventions that are feasible in the existing situation, along with the costs and benefits of each strategy. Finally, the group arrives at a consensus about which strategy is best, given everything we know about the dynamics of the situation.

But anyone who has been part of a strategy-oriented discussion asking diverse parties to think carefully about a problem that all participants care about will realize that the process is rarely so amenable to simple logical development. Instead, almost every statement offered in the discussion is both ambiguous to some extent and factually contestable. Outcomes are sensitive to differences in the levels of assertiveness of various participants. Opinions are advanced as facts, and there is insufficient effort expended to validate the assumptions that are being made. Outcomes are also sensitive to the order and structure of the agenda for discussion. And finally, discussions need to be summarized; but there are always interpretive choices that need to be made in summarizing a complex discussion. Points need to be assigned priority and cogency; and different scribes will have different judgments about these matters.

Here is a problem of group decision-making that is rarely recognized but seems pervasive in the real world. This is the problem of recurring misunderstandings and ambiguities within the group of the various statements and observations that are made. The parties proceed on the basis of frameworks of assumptions that differ substantially from one person to the next but are never fully exposed. One person asserts that the school day should be lengthened, imagining a Japanese model of high school. Another thinks back to her own high school experience and agrees, thinking that five hours of instruction may well be more effective for learning than four hours. They agree about the statement but they are thinking of very different changes.

The bandwidth of a collective conversation about a complicated problem is simply too narrow to permit ambiguities and factually errors to be tracked down and sorted out. The conversation is invariably incomplete, and often takes shape because of entirely irrelevant factors like who speaks first or most forcefully. It is as if the space of the discussion is in two dimensions, whereas the complexity of the problem under review is in three dimensions.

The problem is exacerbated by the fact that participants sometimes have their own agendas and hobby horses that they continually re-inject into the discussion under varying pretexts. As the group fumbles towards possible consensus these fixed points coming from a few participants either need to be ruled out or incorporated -- and neither is a fully satisfactory result. If the point is ruled out some participants will believe their inputs are not respected, but if it is incorporated then the consensus has been deformed from a more balanced view of the issue.

A common solution to the problems of group deliberation mentioned here is to assign an expert facilitator or "muse" for the group who is tasked to build up a synthesis of the discussion as it proceeds. But it is evident that the synthesis is underdetermined by the discussion. Some points will be given emphasis over others, and a very different story line could have been reached that leads to different outcomes. This is the Rashomon effect applied to group discussions.

A different solution is to think of group discussion as simply an aid to a single decision maker -- a chief executive who listens to the various points of view and then arrives at her own formulation of the problem and a solution strategy. But of course this approach abandons the idea of reaching a group consensus in favor of the simpler problem of an individual reaching his or her own interpretation of the problem and possible solutions based on input from others.

This is a problem for organizations, both formal and informal, because every organization attempts to decide what to do through some kind of exploratory discussion. It is also a problem for the theory of deliberative democracy (link, link).

This suggests that there is an important problem of collective rationality that has not been addressed either by philosophy or management studies: the problem of aggregating beliefs, perceptions, and values held by diverse members of a group onto a coherent statement of the problem, causes, and solutions for the issue under deliberation. We would like to be able to establish processes that lead to rational and effective solutions to problems that incorporate available facts and judgments. Further we would like the outcomes to be non-arbitrary -- that is, given an antecedent set of factual and normative beliefs by the participants, we would like to imagine that there is a relatively narrow band of policy solutions that will emerge as the consensus or decision. We have theories of social choice -- aggregation of fixed preferences. And we have theories of rational decision-making and planning. But a deliberative group discussion of an important problem is substantially more complex. We need a philosophy of the meeting!

I think there already exists such a philosophy - economic model making. Models are ways of constraining exploratory discussions with a framework of transparent assumptions about the world.

This becomes much clearer in a military setting where planning is conducted within fixed protocol (common model 1) and then interrogated and rehearsed in public forum (common model 2) often on a giant physical model with actors playing role parts.

This has the effect of integrating the collective mind, but as then say 'no plan survives contact with the enemy'

My solution is to create a formal method of making beliefs transparent. I wrote a blog post here: http://econanalysistools.blogspot.com/2018/02/belief-analysis-formal-method.html

Thanks for the post. I'm glad to see that you also see this as a major issue.

While it does not necessarily offer a decision-making "solution," we might go back to your discussion of Latour's "Reassembling the Social" and recognize the need to implement a rigorous pedagogy of questioning that would help with the problem of facticity for everything from material to psychological aspects of the collaborative, deliberative process. After many years working on the topic of and in collaborative groups, I find that ignoring the dynamics (some of which you describe in the blog post -- dominance, opining as fact, and even social or economic hierarchies-- keep a discussion moving in ever-tightening circles. I wonder if it's possible to integrate an ideal that comes up with specific solutions and leaves aside generalizations, while still practically creating situated forms of governance that can abide with the continual suspension of final outcomes as Latour, Isabelle Stengers, Felix Guattari, and others recommend. Thank you for the interesting blog post and the chance to respond.