Development ethnography and the life of the poor 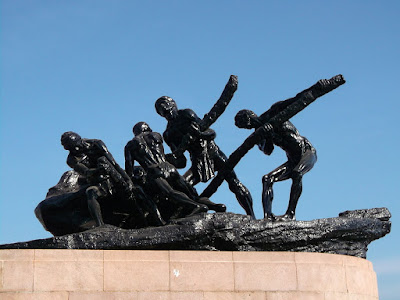 Indian economists V. K. Ramachandran and Madhura Swaminathan have edited a highly interesting volume, Telling the Truth, Taking Sides: Essays for N. Ram, that will be of interest to anyone concerned with the progress of India in recent years. The book is a set of essays dedicated to the impact and progressive legacy of N Ram, journalist, writer, and important voice of the Left in India, and all the essays are very good.

Ramachandran's own contribution is a piece of what we might call "development ethnography", a pair of interviews (link) with the Tamil Nadu landless worker Gabriel Selvam. This case study is a valuable document for anyone interested in poverty and global justice. Ramachandran conducted interviews with Selvam at both ends of Selvam's working life, in 1977 and 2017, and the experiences that Selvam describes are emblematic of the extreme poor in India and elsewhere throughout that forty-year period. Selvam has lived most of his life in rural Tamil Nadu, near the town of Gokilapuram. And Selvam's life history illustrates many of the deep themes of enduring poverty and inequality in rural India -- debt, bonded labor, inadequate access to land, caste, and extremely limited opportunities for collective action.

Usury involving a sum of only 100 rupees forced Selvam into a form of debt bondage to a landlord: "Selvam attached himself as a farm servant for a remuneration of Rs 65 per month, plus one sheet, a dhoti, a shirt and a thunda (towel-cloth) a year." He worked 13 hours a day for the salary of Rs 65 per month. After four years the salary increased to Rs 100 per month. (At the 2000 exchange rate of Rs 45 / dollar this is about $2.22 / month.)

Debt bondage has been formally illegal in India since 1976. But Selvam's condition is clearly one of debt bondage: "There is no choice, I can't leave my mudalali [employer, landlord] unless I can clear my debt of Rs 300. I would certainly like to leave."

Largescale eviction from farm land is also a part of Selvam's story. Green Revolution seeds and techniques made farm land more profitable, and landlords had an interest in evicting poor farmers from the land they had previously rented at low rents. Poor farmers became landless workers.

The persistent and debilitating disadvantages of caste in rural India are evident in this story as well. Selvam is of a scheduled caste, and it seems apparent that the wage differentials that he experienced throughout his working life had much to do with his dalit status.

Destitution-level housing is also a striking part of the story that Selvam tells. In 1977: "As for his home, Selvam cannot afford to erect a complete hut. When he gets a small amount of money, he adds a row of bricks to the hut. Some months ago, he bought a door-frame. Now, there is a door-frame, fixed with mud into a few rows of country-made brick, with no wall around it or roof above. The single room in the hut is 8 feet by 6 feet." In 2017, the time of the second interview, the hut has been completed: "it is completed and expanded now: a neat, whitewashed structure that has the meagre furniture and appurtenances of a house that is still, after all, the house of a full-time rural manual worker."

In 2017 Selvam's wage has also improved; he now earns Rs 4000 per month for hard agricultural labor -- in today's exchange rate, about $40 / month. As Selvam says, they are better off. And yet it is clear -- "better off" in Selvam's village still means poor access to education and healthcare, limited nutrition, an extremely low income, and a life of toil that few Americans can even imagine.

I hope that you will read the whole interview. It is a more powerful testament to the depth of poverty and inequality in rural India than any set of economic statistics could ever convey.

Here is a World Bank report that makes for excellent parallel reading alongside Ramachandran's case history (Raji Jayaraman and Peter Lanjouw, "The Evolution of Poverty and Inequality in Indian Villages"; link).