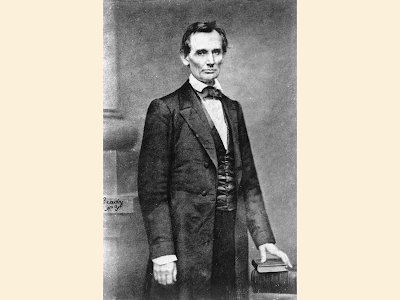 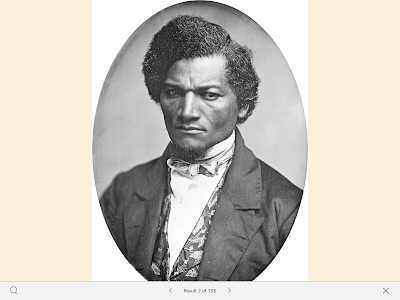 People who mostly learned American history through their high school education have a limited view of the topic. It was a view that paid little attention to the concrete social issues of race, gender, or class in American history. Fortunately there is now a very good way of updating our understandings of the history of our country that rebalances our knowledge of the past. Jill Lepore's outstanding 2018 book These Truths: A History of the United States provides crucial reading in these troubled times where racism, nationalism, and sexism are proclaimed at the very top of our government. (The book is also available as an audiobook, read by the author (link).)

The book has many virtues. But most importantly, Lepore shows how the reality and legacy of slavery played a fundamental and debilitating role in the evolving history of the United States, from the writing of the Constitution to the political conflicts preceding the Civil War to the politics of Reconstruction and Jim Crow. The realities of race are an essential part of American history.

More broadly, the book gives a full and broad account of disenfranchisement and discrimination in our history. Native Americans, women, freed slaves, and immigrants all find their voices and their struggles in this book -- not as secondary walk-on characters, but as shapers of history and actors in the narratives that made us the nation we are. Here is a passage early in the book in which Lepore makes clear the intertwining of liberty and slavery before the American Revolution:


Slavery does not exist outside of politics. Slavery is a form of politics, and slave rebellion a form of violent political dissent. The Zenger trial and the New York slave conspiracy were much more than a dispute over freedom of the press and a foiled slave rebellion: they were part of a debate about the nature of political opposition, and together they established its limits. Both Cosby’s opponents and Caesar’s followers allegedly plotted to depose the governor. One kind of rebellion was celebrated, the other suppressed—a division that would endure. In American history, the relationship between liberty and slavery is at once deep and dark: the threat of black rebellion gave a license to white political opposition. The American political tradition was forged by philosophers and by statesmen, by printers and by writers, and it was forged, too, by slaves. (64)

And the issue of slavery continued to be the key dividing political issue through the Civil War, masked under the rhetoric of "states rights":


Southern slave owners, a tiny minority of Americans, amounting to about 1 percent of the population, deployed the rhetoric of states’ rights and free trade (by which they meant trade free from federal government regulation), but in fact they desperately needed and relied on the power of the federal government to defend and extend the institution of slavery. The weakness of their position lay behind their efforts to silence dissent. (223)

There are fascinating turns to the story Lepore tells. One concerns America's most famous poem by its most famous poet, Henry Wadsworth Longfellow in 1849, and the change he introduced into the final version of the poem. Staunchly anti-slavery, Longfellow was deeply concerned for the fate of the Union.


By 1849, Longfellow, like most Americans who were paying attention, feared for the Republic. He began writing a poem, called “The Building of the Ship,” about a beautiful, rough-hewn ship called the Union. But as he closed the poem, he could imagine nothing but disaster for this worthy vessel. In his initial draft, he closed the poem with these lines: . . . where, oh where, Shall end this form so rare? . . . Wrecked upon some treacherous rock, Rotting in some loathsome dock, Such the end must be at length Of all this loveliness and strength!

But instead of ending on this note of despair and inspired by the political campaign of his friend Charles Sumner under the Free-Soil Party, he wrote:

Sail on! Sail on! O Ship of State! For thee the famished nations wait! The world seems hanging on thy fate! (259)

Close to the end of the Civil War that Longfellow so dreaded, Lepore quotes the equally poetic and compassionate words of President Abraham Lincoln, from his second inaugural address:


With malice toward none, with charity for all, with firmness in the right as God gives us to see the right, let us strive on to finish the work we are in, to bind up the nation’s wounds, to care for him who shall have borne the battle and for his widow and his orphan, to do all which may achieve and cherish a just and lasting peace among ourselves and with all nations. (304)

The third large part of the book is titled "Of Citizens, Persons, and People", and is very relevant to our current political morass. It tells much of the story of the struggle for full citizenship and voting rights for women, African-Americans, and other disenfranchised Americans. Equally it tells the story of the determined efforts of powerful racist, nationalist, and misogynist parties to prevent this from occurring. And it chronicles the rise of powerful corporations and economic interests which had their own political agendas and which so often worked against the wellbeing of working people.

Lepore's account of the rise of populism and its ambiguous relationship to fundamental progressive values is worth the price of the book all by itself, given the ominous turn that populism has taken in the past few years.


Populism entered American politics at the end of the nineteenth century, and it never left. It pitted “the people,” meaning everyone but the rich, against corporations, which fought back in the courts by defining themselves as “persons”; and it pitted “the people,” meaning white people, against nonwhite people who were fighting for citizenship and whose ability to fight back in the courts was far more limited, since those fights require well-paid lawyers. (348)

And the conservative willingness -- even eagerness -- to discredit scientific knowledge emerges as a century-old impulse, not something invented in the climate-change-denial generation. In general, it is striking how consistent the anti-progressive voice is throughout the past century and more, and how deeply it informs the conservative agenda today. Further, it is hard to miss the nationalism and racism that have historically been part of that rhetoric. William Randolph Hearst seems strikingly contemporary, and McCarthyism, Nixon, weaponized media, and the decades-long struggle against universal health care resonate with today's headlines as well.

These Truths is an excellent work of historical synthesis that does not oversimplify, and distinctly does not portray US history as a steady march of progress. It makes it clear, really, that the values of equality, liberty, and mutual respect that many of us value so profoundly have been contested throughout our history, and that durable institutions embodying democracy and equality are still to be made, not simply celebrated.

(A good resource for high school history teachers who want to do a more adequate job of bringing difficult issues of race into their curriculum can be found at Facing History and Ourselves.)
Posted by Dan Little at 5:45 PM