Hegel on labor and freedom 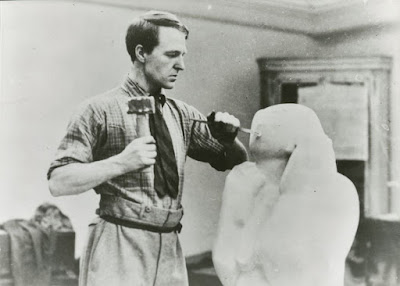 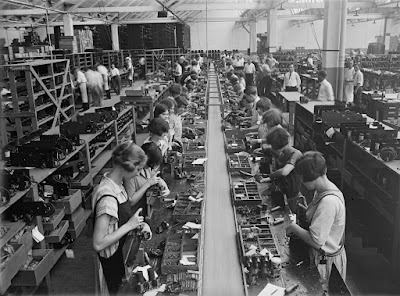 Hegel provided a powerful conception of human beings in the world and a rich conception of freedom. Key to that conception is the idea of self-creation through labor. Hegel had an "aesthetic" conception of labor: human beings confront the raw given of nature and transform it through intelligent effort into things they imagine that will satisfy their needs and desires.

Alexandre Kojève's reading of Hegel is especially clear on Hegel's conception of labor and freedom. This is provided in Kojève's analysis of the Master-Slave section of Hegel's Phenomenology in his Introduction to the Reading of Hegel. The key idea is expressed in these terms:


The product of work is the worker's production. It is the realization of his project, of his idea; hence, it is he that is realized in and by this product, and consequently he contemplates himself when he contemplates it.... Therefore, it is by work, and only by work, that man realizes himself objectively as man. (Kojève, Introduction to the Reading of Hegel)

It seems to me that this framework of thought provides an interesting basis for a philosophy of technology as well. We might think of technology as collective and distributed labor, the processes through which human beings collectively transform the world around themselves to better satisfy human needs. Through intelligence and initiative human beings and organizations transform the world around them to create new possibilities for human need satisfaction. Labor and technology are emancipating and self-creating. Labor and technology help to embody the conditions of freedom.

However, this assessment is only one side of the issue. Technologies are created for a range of reasons by a heterogeneous collection of actors: generating profits, buttressing power relations, serving corporate and political interests. It is true that new technologies often serve to extend the powers of the human beings who use them, or to satisfy their needs and wants more fully and efficiently. Profit motives and the market help to ensure that this is true to some extent; technologies and products need to be "desired" if they are to be sold and to generate profits for the businesses that produce them. But given the conflicts of interest that exist in human society, technologies also serve to extend the capacity of some individuals and groups to wield power over others.

This means that there is a dark side to labor and technology as well. There is the labor of un-freedom. Not all labor allows the worker to fulfill him- or herself through free exercise of talents. Instead the wage laborer is regulated by the time clock and the logic of cost reduction. This constitutes Marx's most fundamental critique of capitalism, as a system of alienation and exploitation of the worker as a human being. Here are a few paragraphs on alienated labor from Marx's Economic and Philosophical Manuscripts:

All these consequences are implied in the statement that the worker is related to the product of labor as to an alien object. For on this premise it is clear that the more the worker spends himself, the more powerful becomes the alien world of objects which he creates over and against himself, the poorer he himself – his inner world – becomes, the less belongs to him as his own. It is the same in religion. The more man puts into God, the less he retains in himself. The worker puts his life into the object; but now his life no longer belongs to him but to the object. Hence, the greater this activity, the more the worker lacks objects. Whatever the product of his labor is, he is not. Therefore, the greater this product, the less is he himself. The alienation of the worker in his product means not only that his labor becomes an object, an external existence, but that it exists outside him, independently, as something alien to him, and that it becomes a power on its own confronting him. It means that the life which he has conferred on the object confronts him as something hostile and alien.

So does labor fulfill freedom or create alienation? Likewise, does technology emancipate and fulfill us, or does it enthrall and disempower us? Marx's answer to the first question is that it does both, depending on the social relations within which it is defined, managed, and controlled.

It would seem that we can answer the second question for ourselves, in much the same terms. Technology both extends freedom and constricts it. It is indeed true that technology can extend human freedom and realize human capacities. The use of technology and science in agriculture means that only a small percentage of people in advanced countries are farmers, and those who are enjoy a high standard of living compared to peasants of the past. Communication and transportation technologies create new possibilities for education, personal development, and self-expression. The enhancements to economic productivity created by technological advances have permitted a huge increase in the wellbeing of ordinary people in the past century -- a fact that permits us to pursue the things we care about more freely. But new technologies also can be used to control people, to monitor their thoughts and actions, and to wage war against them. More insidiously, new technologies may "alienate" us in new ways -- make us less social, less creative, and less independent of mind and thought.

So it seems clear on its face that technology is both favorable to the expansion of freedom and the exercise of human capacities, and unfavorable. It is the social relations through which technology is exercised and controlled that make the primary difference in which effect is more prominent.