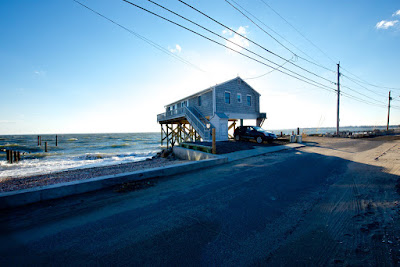 It is intriguing to observe how pervasive organizational and regulatory failures are in our collective lives. Once you are sensitized to these factors, you see them everywhere. A good example is in the business section of today's print version of the New York Times, August 1, 2019. There are at least five stories in this section that reflect the consequences of organizational and regulatory failure.

The first and most obvious story is one that has received frequent mention in Understanding Society, the Boeing 737 Max disaster. In a story titled “FAA oversight of Boeing scrutinized", the reporters give information about a Senate hearing on FAA oversight earlier this week.  Members of the Senate Appropriations Committee questioned the process of certification of new aircraft currently in use by the FAA.


Citing the Times story, Ms. Collins raised concerns over “instances in which FAA managers appeared to be more concerned with Boeing’s production timeline, rather than the safety recommendations of its own engineers.”

Senator Jack Reed referred to the need for a culture change to rebalance the relationship between regulator and industry. Agency officials continued to defend the certification process, which delegates 96% of the work of certification to the manufacturer.

This story highlights two common sources of organizational and regulatory failure. There is first the fact of “production pressure” coming from the owner of a risky process, involving timing, supply of product, and profitability. This pressure leads the owner to push the organization hard in an effort to achieve goals -- often leading to safety and design failures. The second factor identified here is the structural imbalance that exists between powerful companies running complex and costly processes, and the safety agencies tasked to oversee and regulate their behavior. The regulatory agency, in this case the FAA, is under-resourced and lacks the expert staff needed to carry out in depth a serious process of technical oversight.  The article does not identify the third factor which has been noted in prior posts on the Boeing disaster, the influence which Boeing has on legislators, government officials, and the executive branch.

A second relevant story (on the same page as the Boeing story) refers to charges filed in Germany against the former CEO of Audi who has been charged concerning his role in the vehicle emissions scandal. This is part of the long-standing deliberate effort by Volkswagen to deceive regulators about the emissions characteristics of their diesel engine and exhaust systems. The charges against the Audi executive involved ordering the development of software designed to cheat diesel emissions testing for their vehicles. This ongoing story is primarily a story about corporate dysfunction, in which corporate leaders were involved in unethical and dishonest activities on behalf of the company. Regulatory failure is not a prominent part of this story, because the efforts at deception were so carefully calculated that it is difficult to see how normal standards of regulatory testing could have defeated them. Here the pressing problem is to understand how professional, experienced executives could have been led to undertake such actions, and how the corporation was vulnerable to this kind of improper behavior at multiple levels within the corporation. Presumably there were staff at multiple levels within these automobile companies who were aware of improper behavior. The story quotes a mid-level staff person who writes in an email that “we won’t make it without a few dirty tricks.” So the difficult question for these corporations is how their internal systems were inadequate to take note of dangerously improper behavior. The costs to Volkswagen and Audi in liability judgments and government penalties are truly vast, and surely outweigh the possible gains of the deception. These costs in the United States alone exceed $22 billion.

A similar story, this time from the tech industry, concerns a settlement of civil claims against Cisco Systems to settle claims “that it sold video surveillance technology that it knew had a significant security flaw to federal, state and local government agencies.” Here again we find a case of corporate dishonesty concerning some of its central products, leading to a public finding of malfeasance. The hard question is, what systems are in place for companies like Cisco that ensure ethical and honest presentation of the characteristics and potential defects of the products that they sell? The imperatives of working always to maximize profits and reduce costs lead to many kinds of dysfunctions within organizations, but this is a well understood hazard. So profit-based companies need to have active and effective programs in place that encourage and enforce honest and safe practices by managers, executives, and frontline workers. Plainly those programs broke down at Cisco, Volkswagen, and Audi. (One of the very useful features of Tom Beauchamp's book Case Studies in Business, Society, and Ethics is the light Beauchamp sheds through case studies on the genesis of unethical and dishonest behavior within a corporate setting.)

Now we go on to Christopher Flavelle's story about home-building in flood zones. From a social point of view, it makes no sense to continue to build homes, hotels, and resorts in flood zones. The increasing destruction of violent storms and extreme weather events has been evident at least since the devastation of Hurricane Katrina. Flavelle writes:


There is overwhelming scientific consensus that rising temperatures will increase the frequency and severity of coastal flooding caused by hurricanes, storm surges, heavy rain and tidal floods. At the same time there is the long-term threat of rising seas pushing the high-tide line inexorably inland.

However, Flavelle reports research by Climate Central that shows that the rate of home-building in flood zones since 2010 exceeds the rate of home-building in non-flood zones in eight states. So what are the institutional and behavioral factors that produce this amazingly perverse outcome? The article refers to incentives of local municipalities in generating property-tax revenues and of potential homeowners subject to urban sprawl and desires for second-home properties on the water. Here is a tragically short-sighted development official in Galveston who finds that "the city has been able to deal with the encroaching water, through the installation of pumps and other infrastructure upgrades": "You can build around it, at least for the circumstances today. It's really not affected the vitality of things here on the island at all." The factor that is not emphasized in this article is the role played by the National Flood Insurance Program in the problem of coastal (and riverine) development. If flood insurance rates were calculated in terms of the true riskiness of the proposed residence, hotel, or resort, then it would no longer be economically attractive to do the development. But, as the article makes clear, local officials do not like that answer because it interferes with "development" and property tax growth. ProPublica has an excellent 2013 story on the perverse incentives created by the National Flood Insurance Program, and its inequitable impact on wealthier home-owners and developers (link). Here is an article by Christine Klein and Sandra Zellmer in the SMU Law Review on the dysfunctions of Federal flood policy (link):


Taken together, the stories reveal important lessons, including the inadequacy of engineered flood control structures such as levees and dams, the perverse incentives created by the national flood insurance program, and the need to reform federal leadership over flood hazard control, particularly as delegated to the Army Corps of Engineers.

Here is a final story from the business section of the New York Times illustrating organizational and regulatory dysfunctions -- this time from the interface between the health industry and big tech. The story here is an effort that is being made by DeepMind researchers to use artificial intelligence techniques to provide early diagnosis of otherwise mysterious medical conditions like "acute kidney injury" (AKI). The approach proceeds by analyzing large numbers of patient medical records and attempting to identify precursor conditions that would predict the occurrence of AKI. The primary analytical tool mentioned in the article is the set of algorithms associated with neural networks. In this instance the organizational / regulatory dysfunction is latent rather than explicit and has to do with patient privacy. DeepMind is a business unit within the Google empire of businesses, Alphabet. DeepMind researchers gained access to large volumes of patient data from the UK National Health Service. There is now regulatory concern in the UK and the US concerning the privacy of patients whose data may wind up in the DeepMind analysis and ultimately in Google's direct control. "Some critics question whether corporate labs like DeepMind are the right organization to handle the development of technology with such broad implications for the public." Here the issue is a complicated one. It is of course a good thing to be able to diagnose disorders like AKI in time to be able to correct them. But the misuse and careless custody of user data by numerous big tech companies, including especially Facebook, suggests that sensitive personal data like medical files need to be carefully secured by effective legislation and regulation. And so far the regulatory system appears to be inadequate for the protection of individual privacy in a world of massive databases and largescale computing capabilities. The recent FTC $5 billion settlement imposed on Facebook, large as it is, may not suffice to change the business practices of Facebook (link).

(I didn't find anything in the sports section today that illustrates organizational and regulatory dysfunction, but of course these kinds of failures occur in professional and college sports as well. Think of doping scandals in baseball, cycling, and track and field, sexual abuse scandals in gymnastics and swimming, and efforts by top college football programs to evade NCAA regulations on practice time and academic performance.)