The future of our democracy 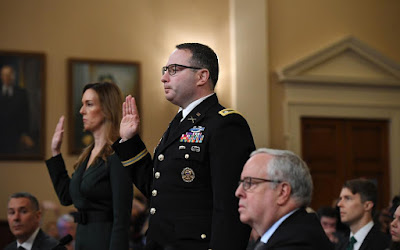 How can the United States recover its culture of civility and mutual respect among citizens after the bitter, unlimited toxicity of the first three years of Donald Trump's presidency? Trump's political movement, and the President himself, have gone in for an unbridled rhetoric of hatred, suspicion, racism, and white supremacist ideology that seems to have created a durable constituency for these hateful ideas. Even more troublingly, the President has cast doubt on the democratic process itself and the legitimacy of our electoral and judicial institutions.

Deeply troubling is the fact that the President consistently attempts to mobilize support purely on the basis of division, hatred, and contempt for his opponents. He has provided virtually no sustained exposition or defense of the policy positions he advocates -- anti-immigrant, anti-trade, anti-NATO, anti-Federal Reserve, anti-government. Instead, his appeals amount ultimately to no more than a call to hatred and rejection of his opponents. His current shameful threats against those who supported his impeachment (including Lt. Col. Alexander Vindman, pictured above) are simply the latest version of his politics of threat, hatred, and intimidation. This president has never understood his responsibility to serve all the people of our country -- not merely his supporters -- and to support its constitution and governing institutions faithfully and in support of the public good.

And almost all Republican leaders (with the admirable exception of Mitt Romney) have swallowed their own principles and have accepted these political appeals -- even as some observers have noted how much the current rhetoric resembles that of Benito Mussolini (link). If even a fraction of the voters who currently support the Trump movement do so with a positive endorsement of the racism and white-supremacy that the President and his supporters project, then there are tens of millions of hate-based partisans in our polity.

It is an urgent and pressing problem to find strategies for beginning to bring these citizens back from the brink of right wing extremism and hate.

One possible view is that the goal is unattainable. We might judge that it is very uncommon for hate-based partisans to change their attitudes and actions. So the best we can do is to minimize the likelihood that these individuals will do harm to others, and to maximize the impact and public visibility of more liberal people and movements. (The term "liberal" here isn't grounded in left-right orientation but rather the values of open-mindedness, tolerance, mutual respect, belief in democracy, and civility. Conservatives can be liberal in this sense.)

Another possibility is that the extremism currently visible among Trump supporters is just a short term eruption, which will subside following the 2020 election. This doesn't seem very likely, given the virulence of animosity, suspicion, and hatred currently on display among many of Trump's supporters. It seems to be easier to incite hatred than to quench it, and it seems unlikely that these activists will quietly morph into tolerant and civil citizens.

A third possibility is that we will have to acknowledge the presence of hate-based extremists and organizations among us and work aggressively to build up a younger constituency for progressive and tolerant values to present a stronger voice in support of inclusion and democracy. This is not so different from the current situation in some Western European democracies today, where virulent extremist political organizations compete with more inclusive and democratic organizations.

The difference of our current circumstances in the winter of 2020 and those of November 2016 is the steady degradation of our institutions that the Trump administration has successfully undertaken. Packing the Federal courts with right-wing ideologues (often rated unqualified by the American Bar Association), treating the Congress and its elected members with contempt, derision, and threat, flouting the laws and ethics surrounding the status of whistle-blowers, appointing unqualified ideologues to direct Federal agencies like the EPA, Homeland Security, and Commerce, and subverting the ethics and political neutrality of the Department of Justice -- these are harms that may never be fully repaired. The moral corruption of the leaders of the GOP -- their fundamental and all but universal unwillingness to publicly reject the outrageous and anti-democratic behavior of this President -- will never be forgotten.

What is the future of our democracy? Can we regain the fundaments of a tolerant, institutionally stable polity in which government is regulated by institutions and politicians are motivated to work to enhancing the preconditions of civility and democratic equality? Or are we headed to an even more personalized form of presidential rule -- a twenty-first century version of nationalist authoritarianism, or fascism?

Madeleine Albright expressed just such worries almost two years ago about the future of our democracy in Fascism: A Warning, and her words are deeply worrisome, perhaps prophetic.


Fascist attitudes take hold when there are no social anchors and when the perception grows that everybody lies, steals, and cares only about him-or herself. That is when the yearning is felt for a strong hand to protect against the evil “other”—whether Jew, Muslim, black, so-called redneck, or so-called elite. Flawed though our institutions may be, they are the best that four thousand years of civilization have produced and cannot be cast aside without opening the door to something far worse. The wise response to intolerance is not more intolerance or self-righteousness; it is a coming together across the ideological spectrum of people who want to make democracies more effective. We should remember that the heroes we cherish—Lincoln, King, Gandhi, Mandela—spoke to the best within us. The crops we’ll harvest depend on the seeds we sow. (kl 94)

Fascism, most of the students agreed, is an extreme form of authoritarian rule. Citizens are required to do exactly what leaders say they must do, nothing more, nothing less. The doctrine is linked to rabid nationalism. It also turns the traditional social contract upside down. Instead of citizens giving power to the state in exchange for the protection of their rights, power begins with the leader, and the people have no rights. Under Fascism, the mission of citizens is to serve; the government’s job is to rule. (kl 261)

Or consider how Steven Levitsky and Daniel Ziblatt pose their fears in How Democracies Die:

But now we find ourselves turning to our own country. Over the past two years, we have watched politicians say and do things that are unprecedented in the United States—but that we recognize as having been the precursors of democratic crisis in other places. We feel dread, as do so many other Americans, even as we try to reassure ourselves that things can’t really be that bad here. After all, even though we know democracies are always fragile, the one in which we live has somehow managed to defy gravity. Our Constitution, our national creed of freedom and equality, our historically robust middle class, our high levels of wealth and education, and our large, diversified private sector—all these should inoculate us from the kind of democratic breakdown that has occurred elsewhere.

Yet, we worry. American politicians now treat their rivals as enemies, intimidate the free press, and threaten to reject the results of elections. They try to weaken the institutional buffers of our democracy, including the courts, intelligence services, and ethics offices. American states, which were once praised by the great jurist Louis Brandeis as “laboratories of democracy,” are in danger of becoming laboratories of authoritarianism as those in power rewrite electoral rules, redraw constituencies, and even rescind voting rights to ensure that they do not lose. And in 2016, for the first time in U.S. history, a man with no experience in public office, little observable commitment to constitutional rights, and clear authoritarian tendencies was elected president. (1)

Albright, Levitsky, and Ziblatt are not alarmists; they are experienced, knowledgeable, and wise observers of and participants in democratic politics. Their concerns should worry us all.

Firstly i am not a supporter of the current President, but your diatribe against his policies, and leadership style attribute almost everything that is wrong with the US, to the arrival of this man in the Oval office. This frequently held view lacks any reference to the historical background of 40 years of Neo liberal, free market economic policies, that have sent the middle class into freefall, and abandoned the working class all together, tearing at the social fabric of civil society. Although it is easy and convenient to blame Trump for the moral,political,economic, and civil decay of the US, he is in fact merely a symptom of it, and his removal, or impeachment will not address the underlying causes of how and why the US finds itself in this position. Nor will it alter the countries present trajectory, by electing a "liberal", or a less odious sounding, better looking, politician.