Conditions for a resilient diverse democracy 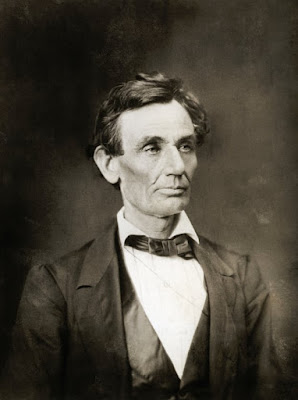 Under what conditions can a modern mass society embodying differences of race, religion, wealth, and political ideology maintain a functioning commitment to democracy and its institutions?

The past fifteen years in Western Europe have witnessed an increasingly virulent threat to democracy in the form of the rise of right-wing extremism. Racism, hatred, and violence have come to play increasing roles in the politics and governance of a wide range of western democracies. And the experience of Trumpism in the United States since 2017 makes anyone who is paying attention rightfully alarmed at the future of democratic institutions in the US as well. Trump's attacks on the Federal courts, his efforts to remove or stifle internal government accountability processes, his explicit politics of division and white supremacy, his demonization of the press, his open admiration of autocrats in other parts of the world, and his celebration of the use of police violence and military force against peaceful protesters make the security of the institutions of liberal democracy increasingly at risk.

Most fundamentally Trump has worked systematically to undermine respect, adherence, and confidence with regard to the institutions of government, and has consistently cultivated his "base" of extremist supporters through a rhetoric of anti-government slogans and racist antagonism. The gun-toting demonstrators against governors who had established sensible policies of social distancing during the COVID-19 pandemic are the most recent example (link), and their Boogaloo networks of violent partisans deepen the threat. And only a tiny number of legislators from the president's party are willing to express their opposition to the key Trump messages.

So the situation in Trump's America is alarming. But Trump is merely the spark. What were the circumstances that created an environment where his brand of toxic populist, racist extremism would find substantial political support? And what can be done to help bring the American public back to a strong adherence to our shared political and legal institutions?

John Keane examines the worrisome rise of authoritarianism within western democracies in The New Despotism. His basic thesis is that authoritarian leaders and parties have learned to mimic the language of democracy for their own purposes. Here is William Scheuerman's description of Keane's basic theory in his review of the book in The Boston Review (link):


John Keane’s illuminating study of what he dubs the new despotism persuasively argues that its momentum in China, Hungary, Iran, Russia, Saudi Arabia, Singapore, the UAE, and many other countries offers evidence both for its viability today and its longevity in times to come. A novel political formation, the new despotism impersonates democracy as it feeds leech-like on its shortcomings. Perhaps most ominously, it threatens to make inroads even in long-standing democracies, where the political decay celebrated by Putin and others represents more than a debased, self-congratulatory fantasy. (Boston Review (link))

Here I would like to examine the symmetrical question: what kinds of activism, social reform, alliance building, and civil communication can work to build durable civic identity across groups? What concrete strategies are available, at a range of levels, to enhance the loyalty and commitment of all groups to the fundamental institutions of a liberal democracy? How can the United States -- 330 million people, with huge regional, racial, religious, and social differences to potentially divide them -- how can this highly diverse country build a common identity involving commitment to democratic institutions, the equal worth of all persons, and the rule of law?

There is a great deal of evidence to believe that Trump will lose the November election, and perhaps the Republicans will lose their majority in the Senate as well. Our democracy may be saved by the bell, just in time. But a successful transition to a Democratic president, though a crucial next step, will not suffice. We need to find substantial ways of reinforcing and reinvigorating a broad public consensus about the values of democracy and the crucial role that government plays in securing the conditions of justice and wellbeing for all our population. And this means finding ways of addressing the persistent underlying sources of discontent for a sizable part of our population. We must find effective ways of addressing racial inequalities, including the structural facts about our society that lead to police brutality and violence against people of color. We must address the very great inequalities of opportunity and wellbeing that exist in our society in the twenty-first century. Most persistently, we must find a political consensus around the urgency of addressing global climate change. And above all, we must reaffirm the crucial expectations and commitments that all citizens in a democracy need to share concerning the role of government in our public lives.

The elements of political culture that appear to be needed for a stable democracy seem to include things like these:
Robert Putnam has something important to contribute to a theory of successful multicultural democracy, including especially his analysis of civic organizations, cross-community collaborations, and cultivation of shared civic values (Better Together: Restoring the American Community). And John Rawls addresses the problem of a liberal democracy with competing conceptions of the good through his idea of overlapping consensus (Political Liberalism). Fundamentally Rawls's view endorses pluralism across multiple conceptions of the good, unified by a common commitment to the fundamental values of equal worth, equal rights and liberties, and constitutional fidelity. He refers to these core commitments as "a political conception of justice," and he believes that individuals who grow up in a "well-ordered society" will share such a conception.


Let us say that a political conception of justice (in contrast to a political regime) is stable if it meets the following condition: those who grow up in a society well-ordered by it – a society whose institutions are publicly recognized to be just, as specified by that conception itself – develop a sufficient allegiance to those institutions, that is, a sufficiently strong sense of justice guided by appropriate principles and ideals, so that they normally act as justice requires, provided they are assured that others will act likewise. (Rawls, "The domain of the political and overlapping consensus," Debates in Contemporary Political Philosophy: An Anthology, 165)

So we might say that a liberal democracy will be stable when it exists in a society embodying a limited range of inequalities, substantial equality of opportunity, equal rights and liberties for all citizens, communication and collaboration across different groups, and a political culture of shared commitment to the institutions of democracy that is cultivated by these enduring conditions. Under these circumstances perhaps we might have confidence that most citizens will come to possess "sufficient allegiance to those institutions" to allow democracy to continue to function.

This implies that our first task is to seriously address the inequalities and injustices that our society still embodies -- racial inequalities, mistreatment of minority groups, lack of health insurance for millions of Americans, and extreme and growing inequalities of income and wealth. Second is to imagine and implement real economic changes that increase the opportunities that exist for the lower half of the socioeconomic spectrum in this country. Third is to find concrete, impactful forms of collaboration across groups in ways that allow for progress on the challenges that we all face. The broad representation across race, age, and class that is found in the massive peaceful Black Lives Matter demonstrations across the country provides an excellent model for this kind of collaboration around common demands for change.

The really hard problem is the fact that there seems to be a significant percentage of the American citizenry that rejects the "political and overlapping consensus" that Rawls postulates. The postulate of the moral and political equality of all people is inconsistent with the racism and white supremacy that Trump has encouraged, and many of his followers are receptive to these values. And yet the worldview of white supremacy is completely incompatible with democracy. Further, the appeal of the language of division and hate finds a ready audience with many of his supporters; so extremist organizations are able to build support through racist appeals. It is difficult to see how to build a democratic consensus that incorporates the 30-40% of voters who support the right-wing extremist agenda. And this seems to take us back to the dynamics of anti-democratic authoritarianism described by John Keane above.

We need a new generation of political leaders and political theorists who can offer new ideas about how to build an American consensus in favor of democracy. Here is how an earlier post on this topic closed back in January (link):


Perhaps the identity that has the greatest potential for success in the U.S. is a movement based on "reasserting the values of democracy and equality" within the context of a market economy and a representative electoral democracy. This movement would demand tax policies that work to reduce wealth inequalities and support a progressive state; environmental policies that align the U.S. with the international scientific consensus on climate change; healthcare policies that ensure adequate universal insurance for everyone; immigration policy that made sensible accommodations to the realities of the current U.S. population and workforce, including humane treatment of Dreamers; and campaign funds restrictions that limit the political influence of corporations. The slogan might be, "Moving us all forward through social justice, economic innovation, and good government." This might be referred to as "centrist progressivism", and perhaps it is too moderate to generate the passion that a political movement needs to survive. Nonetheless, it might be a form of progressivism that aligns well with the basic pragmatism and fair-mindedness of the American public.

In a different vein, here are several performances of Aaron Copland's 1942 powerful and moving Lincoln Portrait (link, link). Lincoln's words begin at about the 8:00 minute mark.