The moral emotions of liberal democracy 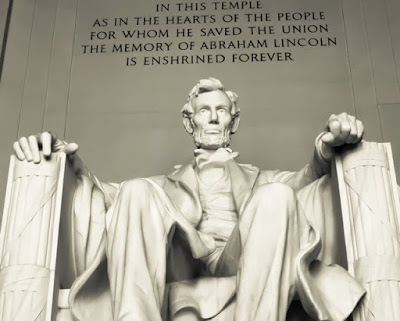 Recent discussions in a class on democracy and the politics of hate (link) have been very stimulating and thought provoking. We have spent several weeks discussing Rawls's ideas in Justice as Fairness: A Restatement (JF) about the features of social life in a just society that might serve to make a just democracy stable over time. Rawls explicitly raises the question of the stability of a just society -- the question of whether citizens within such a society develop the social psychology necessary to support its institutions. Do just institutions work to create the moral emotions in its citizens that are necessary to sustain those institutions? This question seems to have two parts. Will citizens acquire the motivation to act in accordance with the requirements of justice and the constitution? And will citizens acquire the motivation to actively defend the institutions of democracy when they are threatened? The first might be thought of as a fairly routine duty of reciprocity, whereas the second is more demanding.
Here is how Rawls raises the question of the stability of a just society:

The second part of the argument concerns the question of the stability of justice as fairness. This is the question whether justice as fairness is able to generate sufficient support for itself. The parties are to ask whether people who grow up in a society well ordered by the two principles of justice … acquire a sufficiently strong and effective sense of justice so that they normally comply with just arrangements and are not moved to act otherwise, say, by social envy and spite, or by a will to dominate or a tendency to submit. (JF 54.2)

Rawls does not believe this is inevitable, because a liberal democracy is committed to pluralism and a diversity of "comprehensive conceptions of the good." And some of those conceptions are fundamentally anti-democratic.

Given the actual comprehensive views existing in society, no matter what their content, there is plainly no guarantee that justice as fairness, or any reasonable conception for a democratic regime, can gain the support of an overlapping consensus and in that way underwrite the stability of its political institutions. Many doctrines are plainly incompatible with the values of democracy. (11.6)

But Rawls does believe that it is likely that a just society will create the basis for stability and continuing support by its citizens. Rawls's ideas of the citizen's sense of justice, the idea of an overlapping consensus, and the idea of a well-ordered society provide an embryonic theory of a political sociology for liberal democracy: citizens living in a society that they regard as just are likely (in Rawls's view) to gain a moral psychology of trust and loyalty that leads them to act in support of the institutions of liberal democracy. He appears to believe that the conditions of justice — equal liberties, fair system of economic cooperation, limited inequalities that work to everyone’s advantage — work to encourage a specific kind of “overlapping consensus”. And he believes that these social arrangements will be respected and adhered to because they are seen to be good for each individual and good for society. Finally, he believes that this will contribute to a social psychology of cohesion and political commitment that will make a just society with a secure liberal democracy a sociologically stable set of arrangements.

When they believe that institutions or social practices are just, or fair … citizens are ready and willing to do their part in those arrangements provided they have sufficient assurance that others will also do theirs. (59.1)

A well-ordered society is stable, then, because citizens are satisfied, all things considered, with the basic structure of their society. (60.4)

Thus Rawls seems to advance the idea that children who are raised within a well-ordered society in which the requirements of justice are largely satisfied will develop into adults who have a sense of justice and a motivated and reasoned willingness to support the institutions of this society. But this idea raises a number of difficult questions. Is this a plausible view? Is it partially true? Is it just wishful thinking? And is this "moral emotion" sufficient to create the level of active support that a liberal democracy needs in times of stress?
So far we have an argument for the emergence of a set of moral emotions that produce actions based on reciprocity -- compliance with institutions and laws that benefit us all. This is a limited view of what is needed to stabilize democracy in the face of anti-democratic attacks, however.
And what about the countervailing, anti-democratic emotions that are so evident today? Rawls refers to “special attitudes” like envy or spite that may interfere with the moral emotions supporting justice. But we must also consider special attitudes more specific to current concerns in a contested democracy: hatred, fear, mistrust, bigotry, and racism. These latter emotions are the building blocks of mobilization for social movements based on division and hate -- the politics of the extreme right, and current circumstances in the world make clear how much of a threat to liberal democracy these movements are. Do ordinary human beings have these motivations? And do they undermine the stability of justice? Is there an ongoing contest within a pluralistic society between the emotions of justice and the emotions of hate?
There is another question to pose as well: are the political motivations that Rawls postulates strong enough to ensure the stability of democracy in the presence of militant attack by the political organizations of the extreme right? Do the emotions of fair reciprocity suffice to defeat the aggressive and violent groups of white supremacists we now confront in our society? Stability of a constitutional democracy requires a willingness of citizens to extend themselves in its defense, to act altruistically in support of principle, and to make sacrifices for its preservation during times of crisis or stress. The journalist in Turkey who continues to publish her investigative reports even in the face of threats and coercion from the state or non-state actors is an example. It would seem, then, that the motivations needed in support of democratic citizenship go beyond a simple disposition to act according to the law and constitution, which might be described as "duties of reciprocity". There seems to be another aspect of the motivational relationship between an individual and the society in which he or she lives -- what we refer to as patriotism, love of country, or devotion to the constitution and political institutions of a just society. What are these motivations? How do they arise within citizens?
Abraham Lincoln's writings about democracy prior to the American Civil War evoke this question in particularly powerful ways. He captures effortlessly the idea of an individual's moral allegiance to country, to fellow citizens, and to the institutions that establish the environment of "equality and liberty for all". Especially memorable are the final lines of his first Inaugural Address in 1861:


I am loath to close. We are not enemies, but friends. We must not be enemies. Though passion may have strained, it must not break our bonds of affection. The mystic chords of memory, stretching from every battlefield, and patriot grave, to every living heart and hearthstone, all over this broad land, will yet swell the chorus of the Union, when again touched, as surely they will be, by the better angels of our nature.

These are powerful words, and what they evoke is important: the moral emotions of patriotism based on a reasoned recognition of the justice of the constitutional arrangements and values of one's country. This is not nationalism or an expression of ethnic loyalty; rather, it is an appeal to a powerful civil emotion -- the emotion of commitment to an existing constitutional order.
It is evident, then, that this topic requires significant empirical and theoretical research. What kinds of moral emotions are needed to sustain a liberal democracy? What is "democratic loyalty and patriotism", and how does it emerge as an active feature of the moral psychology of citizens within a democracy? What conditions are needed in society to lead to the cultivation and extension of these emotions? Will citizens nurtured within circumstances governed by the principles of justice acquire the motivations needed to sustain the institutions in which the principles of justice are embodied? When democracy is threatened, will its citizens come to its defense?
Posted by Dan Little at 11:27 AM

I enjoyed reading your article and the reflections it engendered. I believe that at this time in history the greatest danger to our republic comes not from the political right (who seem to generally appreciate our country and its institutions) but from the radical left. Like evolutionary theory, ideas can act like a mental acid to potentially destroy and replace the competition.