A course on democracy and intolerance 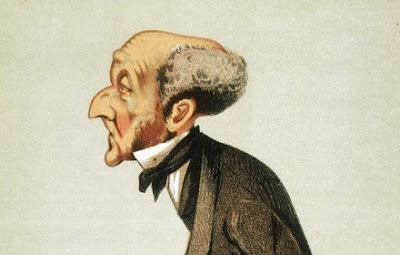 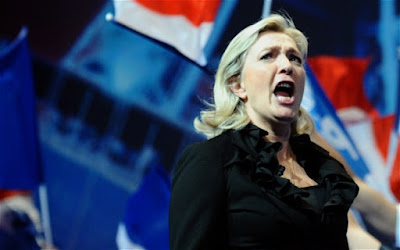 I am teaching a brand new honors course at my university called “Democracy and the politics of division and hate”. The course focuses on the question of the relationship between democracy and intolerance. As any reader of the world's news outlets knows, intolerance and bigotry have become ever-more prominent themes in the politics of Western democracies – France, the Netherlands, Germany, Greece, and – yes, the United States. These movements put the values of a liberal democracy to the test.

Here is the course description:


Democracy has been understood as a setting where equal citizens collectively make decisions about law and public policy in an environment of equality, fairness, and mutual respect. Political theorists from Rousseau to JS Mill to Rawls have attempted to define the conditions that make a democratic civil society possible. Today the world’s democracies are challenged by powerful political movements based on intolerance and division. How should democratic theory respond to the challenge of hate-based political movements? The course reexamines classic ideas in democratic theory, current sociological research on hate-based populism, and current strategies open to citizens in the twenty-first century to reclaim the values of tolerance and respect in their democratic institutions. The course is intended to provide students with better intellectual resources for understanding the political developments currently transforming societies as diverse as the United States, Germany, the Netherlands, India, and Nigeria.

The organizing idea is that democratic theorists have generally conceived of a democracy as a polity in which a sense of civic unity is cultivated that ensures a common commitment to the formal and substantive values of a democratic society -- the equal worth and rights of all citizens, the rule of law, adherence to the constitution, and respect for the institutions of collective decision-making. (Josh Cohen provided an excellent analysis of Rousseau's core philosophical ideas about democracy in Rousseau: A Free Community of Equals; link.) John Rawls captures this idea in Political Liberalism, where he introduces the idea of "political liberalism":

Of course, a society may also contain unreasonable and irrational, and even mad, comprehensive doctrines. In their case the problem is to contain them so that they do not undermine the unity and justice of society. (xvi)

But here is an important point: Rawls seems to have a robust confidence in the idea that a society that satisfies the conditions of justice and political liberalism will evolve towards a greater degree of civic unity. This seems to imply that he believes that individuals and groups who adhere to their "unreasonable, irrational, and mad" comprehensive doctrines will be led to change their beliefs over time and will gradually come to accept the democratic consensus.

The problem that we consider in the course is that democratic societies seem to have evolved in the opposite direction: doctrines that reject the legitimacy of the fundamentals of liberal democracy (respect for the equality of all citizens and respect for the rule of law) -- these doctrines appear to have rapidly gained ground in many democracies in Europe and now the United States. Instead of converging towards a "democratic consensus" where everyone recognizes the legitimacy, equality, and rights of all other citizens, many democracies have developed powerful political movements that reject all these commitments. These are the political movements of division and hate -- or the movements of right-wing populism. Democracy depends fundamentally on the principle of tolerance of points of view different from our own. Does that mean that democracy must be "tolerant of the intolerant", with no effective means of protecting its values and institutions against groups that would subvert its most basic principles?

So how do we take on this set of issues, which involve both political philosophy and the sociology of political mobilization and political psychology?

The course begins by immersing the students in some of the values that define democracy.We begin with John Stuart Mill's short but influential 1859 book, On Liberty. Mill postulates the equal worth and liberties of all citizens, and argues that a good democracy involves rule by the majority while scrupulously protecting the equal rights and freedoms of all citizens. (Notice the close agreement between this theory and the US Constitution and the Bill of Rights, which we also read.) We then consider the theory of a liberal society put forward by John Rawls in Political Liberalism, where Rawls argues that a democracy depends fundamentally upon a culture of respect for the equal worth and equal rights and liberties of all citizens. This implies that perhaps democracy cannot survive in the absence of such a culture.

This is the positive theory of democracy, as several centuries of philosophers have developed it.

Next we turn to the challenges these theories face in the contemporary world: the rise of hate-based populism in Europe and the United States, and the rising prevalence of racism, bigotry, and violence in many countries. And this is not just a Western problem — think of India, the world’s largest democracy, and the governing party’s inculcation of hate and violence against Muslims. Anti-semitism, anti-Muslim bigotry, and white supremacy are on the rise. The Front Nationale in France, the Alternative for Germany, and the Party for Freedom in the Netherlands are all examples of political parties that have developed mass followings with appeals based on racism and division, and similar parties exist in most other European countries. And white supremacist organizations in the United States make the same appeals in our country as well.

The hard question for us is this: can our liberal democracies find ways of coping with intolerance and hate? Can we reassert the values of civility and mutual respect in ways that build a greater consensus around the values of democracy? Does a democracy have the ability to defend itself against parties who reject the moral premises of democracy?

The assigned readings in the course include several excellent and thought-provoking books from philosophy, sociology, and political theory. We begin with Cas Mudde and Cristóbal Rovira Kaltwasser's book Populism: A Very Short Introduction, which gives an excellent short overview of the phenomenon of rightwing populism in Europe and the United States, along with a good discussion of the challenge of defining the concept of populism.

We then turn to two weeks on McAdam and Kloos, Deeply Divided: Racial Politics and Social Movements in Postwar America, along with a survey report from the Southern Poverty Law Center on the spread of racist and hate-based organizations in the United States. McAdam and Kloos provide an analysis of the evolution of the mainstream "conservative" political party since the Nixon presidency, and document through survey data and other evidence from empirical political science the rapid increase in racial antagonism in the party's platforms and behavior when in office (link, link). They offer a convincing demonstration of the racism that underlies the activism of the Tea Party.

Next we turn to both longstanding and current strategies by the Bharatiya Janata Party (BJP) in India to manage politics through antagonism against India's Muslims. Paul Brass's book The Production Of Hindu-Muslim Violence In Contemporary India is the primary source (link), and several good pieces of journalism about the current violence in India against Muslims help to fill in the details of the current situation (link, link, link).

The course ends with a consideration of Robert Putnam's volume Better Together: Restoring the American Community, which makes the case for civic engagement and civic unity -- but in a voice that appears a decade behind events when it comes to the virulence of hate-based activism.

This is a course that is entirely organized around an intensive and engaged student experience. Each session involves lively discussion and student presentations (which have been excellent), and the course aims at helping the students develop their own ideas and judgments. We all learn through open, honest, and respectful dialogue, and every session is engaging and valuable. Most importantly, we have all come to see that these issues of democracy, equality, and intolerance and bigotry are an enormous challenge for all of us in the twenty-first century that we must solve.


(For the first session students are asked to view several relevant videos on YouTube:

Robert Putnam on Immigration and Diversity

These videos set the stage for many of the topics raised throughout the course.)