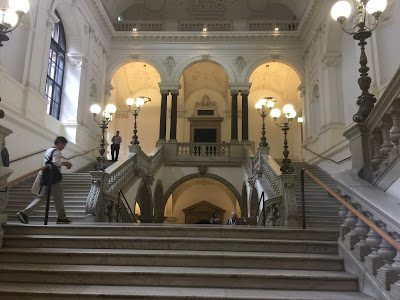 In addition to the narrative, the book contains some very interesting photographs of most of the participants in the Vienna Circle. One of those is this image, captioned "Otto Neurath chatting to Alfred Tarski". The caption does not include information about date or location. 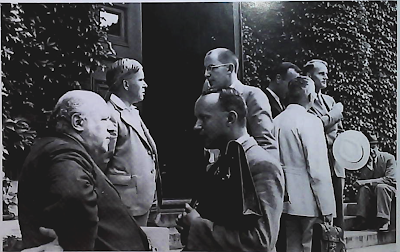 1939
The photo immediately struck me as familiar. It seemed to be the side entrance to Emerson Hall, home of the philosophy department at Harvard. So I did some searching on the web and found that there was a meeting of the International Congress for the Unity of Science (the descendent of the Vienna Circle), which took place at Harvard September 3-9, 1939. This was the fifth and final congress. And both Neurath and Tarski were in attendance. It seems likely enough, then, that this photo is from the 1939 gathering at Harvard. Here is Gerald Holton's list of the attendees and presenters at the Congress (Science and Anti-Science): 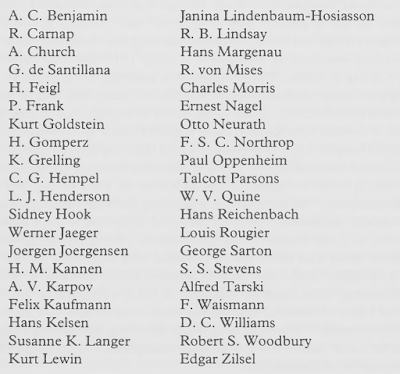 I located a photo taken of that entrance to Emerson Hall just a few years ago: 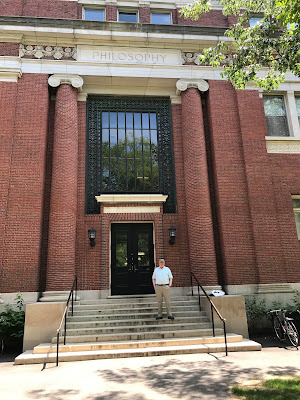 Here is a version of that image, cropped to roughly the proportions of the 1939 photo. 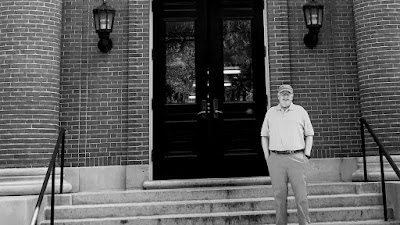 2017
I'm convinced -- this certainly looks like the same location to me. Harvard has made some improvements on the entrance since 1939 -- the door is modernized, the lamps have been added, the vines have been pruned, and the handrails have been provided. The shape of the brick columns to the sides of the entrance is visible through the vines in the 1939 photo. I seem to remember luxuriant vines from the 1970s on that face of the building. And indeed, that is true. Other photos of the same entrance from 1973 show the vines are more extensive. (Also there are no handrails.)
But one challenge remains: is it possible to identify other people in the 1939 photo? Here is a possibility: I think Quine is one of the people in the photo. Here is Quine as I remember him from 1973: 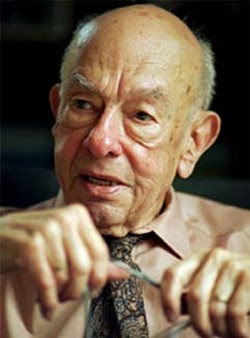 But his looks changed dramatically from his 30s to his sixties and seventies. Here is Quine as photographed in the Edmonds book from the 1930s: 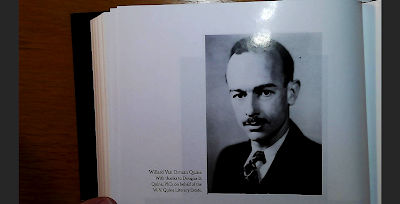 Finally here is Quine in a book cover photo, evidently taken in the 1940s: 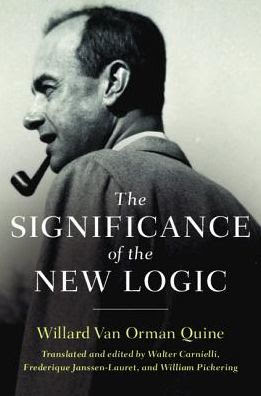 This looks a lot like the man standing directly behind Tarski in the first photo (above Tarski's head). The giveaway is the pattern baldness visible in the 1939 photo and the book jacket photo. It is hard to be sure, of course, but the similarity is striking.
Are there any other familiar faces in the photo? Carnap was present at the Congress and was close to Quine, but none of the faces I see in the photo look much like Carnap. I am especially curious about the man standing behind Neurath and talking with the person I take to be Quine.
This is all very interesting to me, for a number of reasons. I was a graduate assistant to Quine in his undergraduate course on "Methods of Logic," and I took his course on Word and Object in 1973 or so. It is striking today to realize that Quine in 1973 was closer in time to the Vienna Circle in the 1930s (35-40 years) than we are today to Quine and Goodman in the 1970s in Emerson Hall (45-50 years). In a small way this illustrates a meaningful point that Marc Bloch makes about the philosophy of history: we are connected to events in the past through meaningful chains of relationships with other human beings.
Posted by Dan Little at 11:04 PM

Email ThisBlogThis!Share to TwitterShare to FacebookShare to Pinterest
Labels: CAT_disciplines, philosophy of science