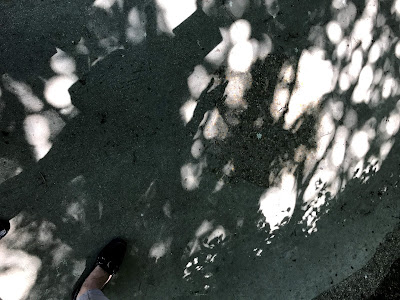 John Dewey's Democracy and Education is over a century old. But it still seems strikingly modern, even avant-garde, when compared to many pedagogical practices currently in place in both secondary and post-secondary schools. Here is one line of thought that is especially insightful: that learning is a constructive and active process for the learner, not a question of passive acquisition of "knowledge". Learning involves acquiring new ideas, new perspectives, and new questions for oneself. And these processes require an engagement on the part of the learner that is as active and creative as is the learning done by a basketball player with a great coach. A good teacher is one who can motivate and stimulate the student to taking this journey -- not one who can supply a full menu of pre-established solutions to the student.

Here is a particularly rich description of Dewey's conception of learning and the relationship between teacher and student. He formulates his thinking about the learning that children do; but I find the passage entirely applicable to university students as well.

The joy which children themselves experience is the joy of intellectual constructiveness—of creativeness, if the word may be used without misunderstanding. The educational moral I am chiefly concerned to draw is not, however, that teachers would find their own work less of a grind and strain if school conditions favored learning in the sense of discovery and not in that of storing away what others pour into them; nor that it would be possible to give even children and youth the delights of personal intellectual productiveness—true and important as are these things. It is that no thought, no idea, can possibly be conveyed as an idea from one person to another. When it is told, it is, to the one to whom it is told, another given fact, not an idea. The communication may stimulate the other person to realize the question for himself and to think out a like idea, or it may smother his intellectual interest and suppress his dawning effort at thought. But what he directly gets cannot be an idea. Only by wrestling with the conditions of the problem at first hand, seeking and finding his own way out, does he think. When the parent or teacher has provided the conditions which stimulate thinking and has taken a sympathetic attitude toward the activities of the learner by entering into a common or conjoint experience, all has been done which a second party can do to instigate learning. The rest lies with the one directly concerned. If he cannot devise his own solution (not of course in isolation, but in correspondence with the teacher and other pupils) and find his own way out he will not learn, not even if he can recite some correct answer with one hundred per cent accuracy. We can and do supply ready-made “ideas” by the thousand; we do not usually take much pains to see that the one learning engages in significant situations where his own activities generate, support, and clinch ideas—that is, perceived meanings or connections. This does not mean that the teacher is to stand off and look on; the alternative to furnishing ready-made subject matter and listening to the accuracy with which it is reproduced is not quiescence, but participation, sharing, in an activity. In such shared activity, the teacher is a learner, and the learner is, without knowing it, a teacher—and upon the whole, the less consciousness there is, on either side, of either giving or receiving instruction, the better. (chapter 12, kl 2567)

What is this process that Dewey is describing, this process of active "learning" on the part of the student? It is one in which the student is led to "engage in significant situations where his own activities generate, support, and clinch ideas"; it is a situation of active grappling with a problem that the student does not yet fully understand; it is a situation in which the student develops new cognitive tools, frameworks, and questions through the active and engaged mental struggle she has willingly undertaken. She has grown intellectually; she has the excitement of realizing that her perspective and understanding of something important has changed and deepened. The language of gestalt psychology is suggestive here -- the sudden shift of a set of lines on paper into a representation of a smiling face, the rearrangement of one's thought processes so a confusing set of words and ideas suddenly make sense. It is something like what Kuhn describes as a paradigm shift, except that it is a continual process of intellectual change.

What does Dewey mean here by saying that an idea cannot be conveyed from one person to another? He does not doubt that words, sentences, and paragraphs can be shared, or that the student cannot incorporate those words into sentences. But his key point is profound: knowledge and understanding require more than understanding the grammar of a sentence; instead, the student needs to have an intellectual framework about the question in play and an active inquiring mental curiosity in terms of which he or she "thinks" the idea for herself. I do not understand entropy if I simply parrot the definition of the word; rather, I need a framework of ideas about gases, random motion, kinetic energy, and statistical mechanics within the context of which I can give "entropy" a conceptual place.

Anyone who teaches philosophy to undergraduates must be especially receptive to this challenge. The task, somehow, is to help the student make the problem her own -- to see why it is perplexing, to want to dig into it, to be eager to discover new angles on it, to see how it relates to other complicated issues. So in teaching Kant or Arendt, the goal is not to get the student to memorize the list of the antinomies of reason or the three versions of the categorical imperative, or precisely what is meant by "the banality of evil". Rather, it is to help the student to discover the problem that Kant or Arendt was grappling with, why it was important, why it is difficult, and maybe how it can be solved in a different way.

The student needs somehow to put himself or herself into the mindset of a person on a journey of discovery, creating his or her own conceptual structures and questions about the terrain, without falling into the complacency of thinking she is simply a tourist with an excellent guide. And, after all, if there is nothing new to think about Aristotle or Nussbaum, then what is the purpose of studying them in the first place? Why would it matter to a student that she has read the Nichomachean Ethics cover to cover if she hasn't somehow been stimulated through her own efforts of imagination and discovery to think new and original thoughts?

This insight into the learning process is evident in philosophy, but surely it must be essentially the same kind of challenge in teaching literature, sociological theory, thermodynamics, or even advanced accounting. When I read Stephen Greenblatt on Shakespeare -- or when I hear him lecture on "racial memory" of Vilnius -- I am stimulated to new thinking, new ideas of my own, and a striking lack of interest on Greenblatt's part in being an "authority". Greenblatt somehow succeeds in creating a Dewey-like learning environment, both in his writing and in his teaching.

The past year of teaching courses in a synchronous hybrid online mode, preparing lectures for asynchronous use and using Zoom meetings for class discussions, has brought this set of challenges to the top of mind for me. What kinds of "prompts", questions, topics for discussion, and asynchronous exercises can I use to help students in these courses develop the appetite for taking the intellectual journey themselves? And how can the instructor help the student see that this is an activity of imagination and thinking that she herself wants to involve herself in? How can the instructor help the student to shift perspective from "learning the content of a course about Greek ethics from the professor" to "working my way through some fascinating texts in Greek ethics, seeing some new perspectives, and getting occasional stimulating questions from my professor"? The first is the tourist's perspective, while the second is the explorer's perspective.

In a way, we might say that the role of the teacher that Dewey describes is like that performed by Socrates: posing questions -- perhaps irritating and persistent questions -- but provoking those around him to think much harder about "justice", "piety", and "good manners", and not providing a substantive doctrine of his own. Socrates was sometimes criticized for suggesting that no substantive beliefs about morality could be justified, but that was not his pedagogy. Rather, his commitment was to the idea of hard thinking without pat answers. And one would like to imagine that some of his students eventually came to develop rich, imaginative, and non-dogmatic minds that allowed them to probe new questions and create new solutions. (It is interesting to reflect that Plato was one of those students, and Aristotle was a student of Plato. I think historians of philosophy would judge that both Plato and Aristotle were highly original thinkers, but that Plato's approach was somewhat more dogmatic, while Aristotle's was more open-minded and experimental.)