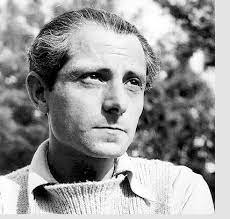 Tony Judt's historical writings about the twentieth century are brilliant, and highly relevant to the research I'm pursuing on the evils of the twentieth century. His book of essays, Reappraisals: Reflections on the Forgotten Twentieth Century, is a valuable part of this corpus. Most of the chapters take the form of discussions of a single intellectual figure from the twentieth century -- Arthur Koestler, Primo Levi, Hannah Arendt, Eric Hobsbawm, Albert Camus, and many others. (There are also a handful of essays on several important events of the twentieth century.) Most of the essays are versions of pieces that appeared first in publications such as the New York Review of Books, New Republic, and The Nation. These pieces are valuable, not because they are detailed and objective biographical studies of their subjects -- they are not -- but because they reflect Judt's own original ideas about how intellectual work, personal life, and historical circumstances intersect. These are themes that recur in depth in Thinking the Twentieth Century through conversations between Judt and Tim Snyder (link), and they illustrate an important and deep truth: historical circumstances influence thinkers, and thinkers influence history. And there is great heterogeneity in each of the elements of this cycle -- personal circumstances, individual intellectual/political development, and historical trajectories.

Of particular interest to me are Judt's reflections on several thinkers who were most deeply engaged in understanding totalitarianism and the Holocaust -- Arthur Koestler, Primo Levi, Manès Sperber, and Hannah Arendt. Judt describes the unique contribution of men and women like these: their ability to perceive and describe the currents of the histories through which they lived in original and non-conventional terms.
But there is another history of our era, a “virtual history” of the twentieth century, and it is the story of those men and women who lived through the century and also saw through it, who understood its meaning as it unfolded. There were not many of them. They did not need to wait for 1945, or 1989, to know what had happened and what it had meant, to see beyond the illusions. For various reasons, they saw across the veil earlier. (pp. 63-64)