Multinational corporate accountability and control during the Nazi period 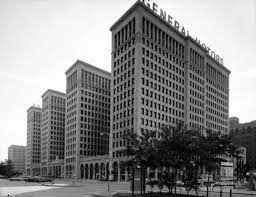 In a previous post I considered the question of the culpability of multinational corporations with affiliates in wartime Nazi Germany (link). There I discussed a number of books that address this question, including Billstein, Fings, Kugler, and Levis' very important 2000 contribution, Working for the Enemy: Ford, General Motors, and Forced Labor in Germany during the Second World War. This book provides a detailed business history during the Nazi period of the activities of General Motors (through its subsidiary Opel) and Ford Motor Company (through its German subsidiary Ford Werke in Cologne), including especially the use of forced labor by both companies. Here I want to focus on a crucial question of corporate responsibility: to what extent were these practices under the knowledge and control of the US-based corporate executives?
Begin with General Motors. Adam Opel AG was General Motors' subsidiary in Germany, and was the largest producer of automobiles and trucks for the Reich. GM acquired Opel during the Great Depression and took full ownership and control in 1931. Ample evidence is provided in Billstein et al concerning Opel's use of forced labor during the war years. However, there is disagreement over the degree of management control exercised by General Motors in the US over its Opel subsidiary in Germany.
Bradford Snell's testimony to Congress in 1974 addressed this question (link, pp. 16-23). The Snell report to Congress maintained that US senior executives continued to exercise virtually full control over Opel’s operations for the first 11 months of declared war between Germany and the US. However, GM and other researchers have rebutted this claim vigorously. GM claimed that the “enemy property custodian” appointed by the German authorities had sole authority over the management and operations of Opel. Billstein et al take a nuanced view of the question in Working for the Enemy. They take issue with Snell's assessment that GM exercised "complete management control" at Opel (35), but they argue that Opel executives and managers continued the general strategies preferred by GM before the war. And they argue that US executives of GM during the pre-war years were eager to gain contracts for vehicles and other materials that were crucial for the Nazi government's military buildup. "In fact, the evidence suggests General Motors's willing collaboration in the conversion [to armaments production]" (36).

Billstein et al raise a crucial and foundational question: could GM have vetoed the conversion of Opel’s manufacturing capacity to wartime production in the 1930s and the use of forced labor in the 1940s if they had wished to do so? Henry Ashby Turner, Jr.'s General Motors and the Nazis: The Struggle for Control of Opel, Europe’s Biggest Carmaker sheds more light on the business activities and decision-making of General Motors during the Nazi regime. Turner has special expertise on this question, since he directed the documentation project during 1999-2000 sponsored by General Motors to review its private corporate archives during the Nazi period. Turner has special authority in his judgments about GM's wartime behavior because of his direct involvement in the 1999-2000 review of General Motors' internal documents and records during the relevant time period. Further, Turner is an acknowledged expert on the corporation's behavior during the period. (The complete archive of all documents recovered and reviewed has been deposited in digital form at Yale University' Sterling Memorial Library, designated as the General Motors-Opel Collection.) Based on systematic review of massive quantities of internal GM documents in 1999-2000, Turner concludes that GM's management control over Opel was extremely limited after 1941.