Poetry in remembrance of the Shoah 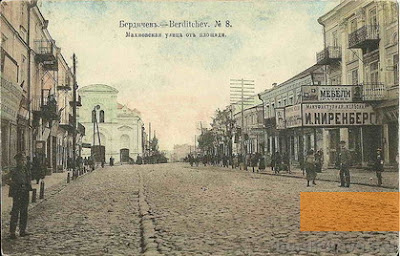 Theodor Adorno wrote that “To write poetry after Auschwitz is barbaric." But there are good reasons not to agree with Adorno. There is a body of powerful, respectful, and penetrating poetry that has been written in reflection upon the Holocaust. And these works are another valid way for non-participants in the evils of the Holocaust to be brought to understand, respect, and reflect upon the suffering that occurred. Consider the beautiful, sorrowful, and indicting poem written by Yevgeny Yevtushenko in 1961, "Babi Yar". Yevtushenko helps the reader to mourn and recognize these children, women, and men who were murdered at Babi Yar. And he points a finger of accusation against the continuing anti-Semitism rampant in the Soviet Union in which he lived. Wim Ramaker's powerful elegy for the thousands of Dutch Jews who departed from Westerbork in The Netherlands to the extermination camps of Poland is equally powerful. And Czesław Miłosz's poem "A Poor Christian Looks at the Ghetto" helps the reader to feel and think about the human loss and suffering that occurred in Warsaw and throughout Poland. Vasily Grossman was not a poet; but some of his passages in "Ukraine Without Jews" and "The Hell of Treblinka" are deeply poetic and expressive of a profound emotion that helps the reader to experience the depth of what has been lost. BABI YAR
Yevgeny Yevtushenko

Kiev, Ukraine
No monument stands over Babi Yar.
A drop sheer as a crude gravestone.
I am afraid.
Today I am as old in years
as all the Jewish people.
Now I seem to be
a Jew.
Here I plod through ancient Egypt.
Here I perish crucified on the cross,
and to this day I bear the scars of nails.
I seem to be
Dreyfus.
The Philistine
is both informer and judge.
I am behind bars.
Beset on every side.
Hounded,
spat on,
slandered.

Squealing, dainty ladies in flounced Brussels lace
stick their parasols into my face.
I seem to be then
a young boy in Byelostok.
Blood runs, spilling over the floors.
The barroom rabble-rousers
give off a stench of vodka and onion.
A boot kicks me aside, helpless.
In vain I plead with these pogrom bullies.
While they jeer and shout,
'Beat the Yids. Save Russia!'
Some grain-marketer beats up my mother.

O my Russian people!
I know
you
are international to the core.
But those with unclean hands
have often made a jingle of your purest name.
I know the goodness of my land.
How vile these antisemites—
without a qualm
they pompously called themselves
the Union of the Russian People!