Sidney Hook's theory of education in a democracy 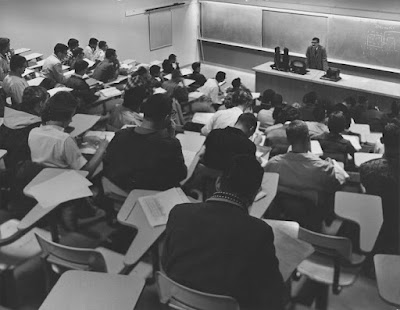 Philosopher Sidney Hook is best remembered for his debates with other philosophers and engaged political figures about Marxism and Communism (link). My interest here is in a different part of his work after World War II, his philosophy of education. Hook was a student of John Dewey, the author of Democracy and Education, but ultimately Hook had more to say about what educational values ought to guide a modern university than did Dewey. Much of Hook's theory was expressed in Education for Modern Man, published in 1946 and republished and extended in 1963. The book has a striking degree of relevance today in the context of debates over curriculum both inside universities and outside. What is the value of a liberal education? Is a "Great Books" curriculum a good basis for a liberal education in a democracy? How should the content of a liberal education be made compatible with "education for a career"? And what ideas are out of bounds within a university classroom? Hook had trenchant answers to all of these questions. (Here is an earlier post on the question of how to define the goals of a liberal education; link.)

Let's begin with Hook's assessment of the state of liberal education in post-World War II America.

Whatever a liberal education is, few American colleges offer it. Despite the well advertised curricular reforms in a few of our leading colleges, by and large the colleges of the country present a confused picture of decayed classical curriculums, miscellaneous social science offerings, and narrowing vocational programs -- the whole unplanned and unchecked by leading ideas. What one finds in most colleges cannot be explained in terms of a consciously held philosophy of education, but rather through the process of historical accretion. The curriculum of a typical college is like a series of wandering and intersecting corridors opening on rooms of the most divergent character. Even the cellar and attic are not where one expects to find them. (4)

Hook proposes that educators need to think more carefully about the purpose and goals of a college education.

The discussion will revolve around four generic questions: