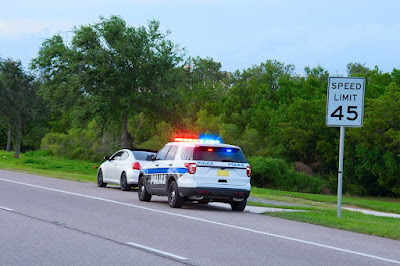 One component of the problem appears to be organizational. Police departments are complex organizations, with articulated authority relations from the street police officer to the sergeant to the lieutenants and captains. And, as we have seen in other instances of organizational dysfunction (link, link), there is the omnipresent possibility of principal-agent problems arising in a police organization. But second, police departments exist within a broader system of political authority -- mayors, city managers, city councils, state regulatory agencies, and even the Federal Department of Justice. Here again, there is only imperfect ability for political authorities to enforce their policies within the workings of the sub-agency, the police department.

Compounding this ramified problem of principal-agent deviance, there are two other organizational features that work against the possibility of effective reform: conflicting priorities about police functioning at various levels (mayor, city council, police chief, sergeant, patrol officer); and the likelihood of a pervasive "culture of policing" that runs against the grain of effective efforts at operational reform.

In order to map out the complexity of police reform processes, let's first examine the actors and levers of change that are involved in the process. The actors include at least these: the public, legislators, DOJ, mayor, chief, mid-rank supervisors, rank-and-file officers. And, crucially, none of these actors are robots; they all have their own priorities, values, assumptions, biases, and plans, and they constitute a loosely-connected system of interaction with major social consequences.

It is crucial to take account of the specifics of the culture of work that exists in a police department. It is well understood in organizational studies that "culture" is an important determinant of functioning (link). The daily workings of an organization depend on the activities and behavior of the people who make it up; workers have habits, expectations, ways of perceiving social situations, and behavioral dispositions in a range of stylized circumstances. So, for example, the specifics of the safety culture on an oil rig in the North Sea have a great deal of impact on the likelihood of disaster on the rig. This general fact is especially relevant in the context of policing. And many examples of organizational culture suggest that culture is more enduring than policy and regulation as a determinant of behavior within the organization.

The organizational tools that exist for influencing the behavior of police officers include training programs, supervision, policy enforcement mechanisms, and efforts to understand and change the culture of policing at the street level.

So a police commander or political leader who wants to reform the style of policing in his or her city is faced with a difficult problem: changing policing means changing behavior of individual police on the street, but the tools available to the commander to bring about these changes are very limited. So the habits of interaction with the public -- aggressivity, readiness to resort to force, racial bias --  persist in spite of orders, regulations, briefings, and seminars.

Within a traditional understanding of organizations, these conflicts between habits of behavior and the official expectations of the organization can be resolved through supervision: non-conformist behavior can be identified and penalized. Violent officers can be punished or dismissed; line workers who break the rules can be fined; call center workers can be disciplined when they deviate from their scripts. But this avenue poses at least two huge problems: first, the cost of close supervision is very high, and second, the cultural norms found at the street level may well obtain at the level of supervisors as well.

The hard question is this: How is it possible to effect change policing practices and behavior if various of the actors mentioned here do not sincerely want to initiate and sustain change? The possibility exists that officers have embodied practices, prejudices, routines, and attitudes that guide their activity, and that these practices and prejudices themselves are a crucial ingredient in the incidence of excessive force and racial disparities in the use of force. Journalists and policy experts have observed that biases and assumptions about people of color permeate ranks of police officers. Further, it is likely that there is often a pervasive lack of buy-in for reform by rank-and-file officers. Under these circumstances, it seems likely that reform efforts will lose effectiveness as soon as intensive scrutiny is lessened (for example, when DOJ oversight comes to an end in a particular city or department).

Several ongoing efforts at understanding the obstacles that impede police reform are currently available. The Brookings-AEI Working Group on Criminal Justice Reform has provided a series of careful and insightful working papers on the subject (link). Here is a summary of the working group's primary recommendations:

Another ongoing research and policy effort is the SPARQ working group at Stanford University (link). The SPARQ group has undertaken to assess the availability of results in the social sciences that can help better understand the challenge of ending racial bias in policing. Here are the topics that this group has considered:

1. What do we have to offer in the current moment as social psychologists?

3. What’s the connection between people having implicit biases and the racial disparities we see across society?

4. Why might the “bad apples” theory of police misconduct fall short?

6. What does it really mean when people call out the culture of policing?

8. Who sets standards for the police? How does law enforcement fit into the larger system of governance and where are possible levers for change? 9. Can’t we just train police officers to do better? What’s the evidence on implicit bias and use-of-force trainings?

11. Are there successful strategies out there to help bridge police-community divides?

12. What other groups or organizations are using social science to drive change?

These are crucial questions that must be addressed if the US is to successfully solve the large and messy problems of policing in our society (Here is a discussion of "messy" problems in the social sciences; link).

Sociologist Stephen Mastrofski has devoted a great deal of attention to organizational issues within policing. Mastrofski and Willis provide a survey of findings in this field in a useful article in Crime and Justice (39:1 2010; link).

Finally, Human Rights Watch produced a major report on this issue as well (link). This report gives less attention to the organizational challenges of police reform and more attention to the societal causes of systemic patterns of excessive use of force by US police.

Your list of potentials is a good start. Policy is difficult to police, insofar as it carries neither the influence nor the clout of law, administrative code or regulation.
Law enforcement is always on a tight rope when it comes to use of force; perpetrators have no such limitations. Years ago, British blues musician John Mayall wrote a tune called The Laws Must Change. Yeah. They must.