How good is deliberative democracy? 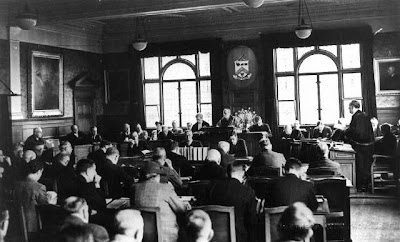 The basic idea of deliberative democracy is an appealing one. Suppose we are faced with this basic problem of social choice. There is an important issue facing a community. There are a small number of policy options that might be chosen. The community wants to choose among these options "democratically." There are several ways in which this task might be approached. First, the options might simply be rank-ordered by a referendum. It takes an hour, the votes are counted, and a decision is reached. "The ayes have it." Or, second, the options might be the subject of an extensive community-based forum, involving substantial debate and discussion of each option. Then, at the end of the period of debate, the community might be asked to select its preferred option -- this time, however, in a context in which voters have adjusted their thinking according to the facts and values that were involved in the discussion. Citizens have learned from each other, and many have changed their prior beliefs and preferences.
The approach that starts and ends with voting among alternatives has a major shortcoming: no one gets a chance to make persuasive arguments to other citizens; no one has the opportunity of having his/her own beliefs challenged; no one is exposed to new facts or novel considerations that might make a difference in the choice. In other words, the "vote first" approach simply takes people's preferences and beliefs as fixed, and looks at the problem of choice as simply one of aggregating these antecedent preferences.
The deliberative approach, by contrast, looks at belief formation as itself a cumulative and reasonable process; one in which the individual needs to have the opportunity to think through the facts and values that surround the choice; and, crucially, one in which exposure to other people's reasoning is an important part of arriving at a sound conclusion.
Notice how different this process is by comparison with the talk radio paradigm -- short blasts of opinion by people whose opinions are already fully cast in concrete; no opportunity for "listening for learning" among the participants; no willingness to keep an open mind in consideration of a factually and morally complex issue.
It seems intuitively persuasive that a belief in democracy ought to lead to a belief in deliberative democracy: informed and reflective preferences expressed by citizens who have taken the time to listen to the views of their fellow citizens. The advantages of deliberative democracy might include several good things:
The first point is a version of the idea of the wisdom of the crowd; by surfacing the beliefs, values, and perspectives of numerous people we are enabled to arrive at a more adequate understanding of the complexities of the problem at hand. The second point expresses the intuition that rationality doesn't concern itself merely with finding the best means of accomplishing a given end, but also in deliberating about the ends themselves. The third point is a version of Rousseau's idea of the general will or Rawls's idea of reflective equilibrium: the idea that citizens will come to a shared understanding of each other's reasoning and to something closer to agreement, by engaging in spirited dialogue with each other. So a political community is one that has engaged in deep and respectful dialogue. And a deliberative community will be a stable community with bonds of civility that sustain it through rancorous issues. This appears to be Rawls's view in Political Liberalism

. (Though for a contrary view about the value of deliberative democracy, see Ian Shapiro's The State of Democratic Theory

.)
James Fishkin has written quite a bit on the subject of deliberative democracy, from the level of pure normative theory to the level of practical implementation. See When the People Speak: Deliberative Democracy and Public Consultation

. On the practical end of the spectrum, Fishkin has developed a technique he refers to as "deliberative polling" -- "a technique which combines deliberation in small group discussions with scientific random sampling to provide public consultation for public policy and for electoral issues" (link). Here is how the technique is described:

Deliberative Polling® is an attempt to use television and public opinion research in a new and constructive way. A random, representative sample is first polled on the targeted issues. After this baseline poll, members of the sample are invited to gather at a single place for a weekend in order to discuss the issues. Carefully balanced briefing materials are sent to the participants and are also made publicly available. The participants engage in dialogue with competing experts and political leaders based on questions they develop in small group discussions with trained moderators. Parts of the weekend events are broadcast on television, either live or in taped and edited form. After the deliberations, the sample is again asked the original questions. The resulting changes in opinion represent the conclusions the public would reach, if people had opportunity to become more informed and more engaged by the issues. link

The goal of this method is to allow the researcher to infer to a hypothetical result: what values, judgments, or choices would a group of citizens have arrived at if they had undergone an extensive process of deliberation about the issue? For example, the technique has been applied to the question of Vermont's energy future:

The Deliberative Poll® questioned an initial random sample of Vermonters, recruited them to spend a weekend deliberating the issues of how Vermont should meet its future electricity needs, and then questioned them again at the conclusion of the weekend sessions. The results addressed a large number of policy issues: for example, what reliance should be placed on energy efficiency and on energy from various sources like wind, nuclear, and hydro in meeting Vermont’s future electricity needs; whether the state should continue to buy energy from existing suppliers and whether the state should rely more on a few large central facilities or a larger number of smaller and more geographically distributed ones. (link)

The approach offers several things: first, a concrete tool for approximating a deliberative process; but second, and more important, some concrete empirical evidence permitting assessment of the foundational question -- does a process of deliberation change citizens' attitudes, beliefs, and preferences? And the answer appears to be "yes": deliberation influences ultimate choices. (It is worth visiting the website for the Center for Deliberative Democracy at Stanford University.)
Here is another interesting example -- a current effort to gain more insight into informed public opinion about a highly complex issue: the principles on the basis of which U.S. citizens make judgments about what health conditions ought to be included in healthcare coverage. The Center for Healthcare Decisions in California (link) recently released the results of a study on citizens' values surrounding healthcare policy. The study is "What Matters Most: Californians' Priorities for Healthcare Coverage," and it is an effort to get a more nuanced understanding of the considerations that citizens appeal to in trying to sort out issues of health policy. The study involved interviews with hundreds of respondents, based on a number of vignettes describing healthcare needs. The respondents were asked to recommend rate the priority of the vignette for inclusion within the list of conditions covered by a health plan. For example:

Scenario: A 24-year-old woman has long- standing asthma that prevents her from being active. With an inhaler and medications, she can live a more normal life.
Questions: 1) On a scale of 1 to 10, what priority would you give to cover this if you were designing a health plan for a general population in California? 2) Given that the more that health insurance covers, the more the plan may cost you and others, would you want health insurance to cover this service or not?

Researchers then followed up with focus group discussions of the same vignettes in order to arrive at a better understanding of the underlying reasoning that seemed to be at work. The results are fascinating; there is a nuanced but principled set of values that seem to guide most people's judgments about the vignettes. The executive summary is here.
Both these approaches are interesting for much the same reason: they provide a basis for delving more deeply into the reasoning and values that citizens use when they arrive at judgments about complex and important issues. And they suggest ways in which some of the guiding intuitions underlying the theory of deliberative democracy might be introduced into practical political processes.
Is it realistic to imagine that deliberative democracy might become more of our customary way of making decisions about complex issues?
Posted by Dan Little at 6:50 PM

I think you forgot two dimensions of deliberative democracy, which seem to be always present : it's not only citizens listening to each others, it's also citizens discussing with representatives and being provided with objective knowledge from experts.

For those who read french, I have made an article about what is deliberative democracy (démocratie participative in my language), freely available :
http://www.scienceshumaines.com/la-democratie-participative_fr_23207.html

(sorry about my english !)