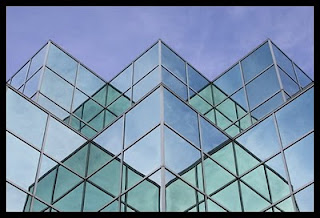 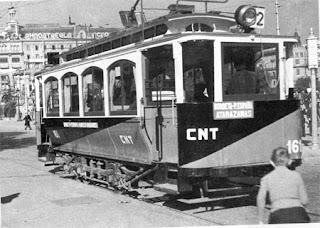 It is worth thinking a bit about the intellectual project of envisioning a utopia. By definition, a utopia is a vision of a social order that is profoundly different from the real historical circumstances and institutions in which we live.  It would correct important flaws in the social world we currently inhabit. It is a social order that does not yet exist.  And there is an implication that this better social order is not simply a marginal improvement over the current world, but rather a sweeping revamping of the institutions and practices that create the social order.  To be a utopian thinker is usually to have an intellectual disposition of impatience for small, gradual change.  Mill was patient and gradualist -- and not utopian; Marx was impatient and revolutionary -- and utopian.

So to think about a utopia, we need to have a set of values that specify the features that we would like to see in the social institutions that govern us. Such a system of values provides the basis for social criticism.  These might include moral equality of all human beings, or the freedom of all human beings, or the intrinsic importance of community, or a preference for a world in which each individual is in a position to realize his/her full human potential.  As social critics, we hold up the values, and we measure the current functioning of social relations and institutions to see how well or badly they conform to the value prescriptions.  How free or equal are individuals within these institutions?  How good is the sense of community that actually exists?  And we criticize the actual on the grounds of its divergence from our moral ideals.

So envisioning a utopia requires that we have a basis for social criticism, grounded in a social philosophy specifying some system of important values.  But it requires something else as well: a credible argument for the feasibility of a concrete and specific set of institutions that do a better job with respect to the values -- without simultaneously creating new harms that are even more terrible.  This is a call for a science of the hypothetical alternative: "Here is how this complex set of institutions should be expected to work if they were established and were populated by ordinary human beings."  This is one part of the story where the social sciences can help; social scientists have a lot to say about how institutions work, and how alternatives might function as well.

This is where careful institutional analysis is required, and the analysis needs to be rigorous and empirically and theoretically informed.  What incentives would be established by the collective farm?  How would authority be exercised?  Who would make important decisions?  And how would ordinary human behavior be conducted when it came to labor, consumption, and power relations?  We might hope that this careful effort at analysis would have arrived at some important results:

So the collective farm is likely not to be a utopian solution to China's rural problems in 1930.  And in fact, subsequent history confirms this conclusion; the Great Leap Forward famine was the consequence of many of these institutional failures.

But let's say that our institutional analysis indicates that a given system of institutions would work as advertised.  The next thing we need is a theory of a feasible pathway through which these institutions could be established; a pathway of how we might get from here to there.  It may be that there is a stable equilibrium of stacked dominoes embodying a certain topological structure; stable simply means that, once established, the configuration will survive small shocks.  But this isn't very useful information if there isn't any way to get the dominoes into that configuration through a series of incremental steps.  So to engage in "real utopian" thinking, we need to have some theories of pathways of change that are realistic when applied to real people.

So utopian thinking requires critique; envisioning of alternatives; and discovery of pathways from here to there.

How can social theory and social research help inform our thinking about "utopian alternatives"?   And what is a "real utopia"?  The Real Utopias project has been going for almost twenty years now (link).  And some of the most interesting thinkers writing today in social philosophy and criticism have been involved -- Erik Olin Wright, Josh Cohen, Joel Rogers, John Roemer, and Archon Fung, for example.  One of the most recent titles to come out of the project is Deepening Democracy: Institutional Innovations in Empowered Participatory Governance (Real Utopias Project) (v. 4)

Erik Olin Wright talks about the underlying rationale for the project in this fascinating interview by Valerio Bacak (link).  Here is how Wright sets up the problem:


The Real Utopias Project is, in a sense, a response to a deep problem within the Marxist tradition. Here’s the issue: Marxism is, above all, an emancipatory critique of capitalism. It identifies an array of oppressions and harms generated by capitalist relations and dynamics and then makes the extraordinary claim that these harms could be eliminated if capitalism was radically transformed. This kind of system-level, radical critique of the basic structures of society requires a huge leap of imagination: how is it possible that the basic institutions of society, which seem so natural to most people, could be radically changed without generating chaos and massive perverse consequences?

And here is his preferred approach:


Develop a coherent, positive social scientific theory of feasible alternative institutions without attempting a prediction of their likely emergence. The idea is to explore alternative designs of institutions in terms of three criteria: first, to what extent would the institutional design, if implemented, contribute to the realization of emancipatory values of one sort or another; second, in what ways might the institutional design generate perverse side-effects and are their plausible strategies for countering these; and third, if implemented, is the institutional design sustainable, does it generate a social dynamic that reinforces rather than systematically undermines its own conditions of possibility. I refer to this strategy as envisioning real utopias: “utopias” insofar as the agenda is anchored in vision of emancipatory social change; “real” insofar as the analysis revolves around institutional feasibility. This is a wide-open theoretical and empirical agenda. It involves explorations of theoretical proposals which have no immediate real-world exemplars as well as empirical cases in which efforts at constructing, not just envisioning, real utopias have occurred. The premise of this third strategy is that while there are real limits on the possibilities of emancipatory futures that cannot be breached simply by an act of will, those limits are not fixed independently of our beliefs about what is possible. While it is false that “where there is a will there is a way” it is nevertheless the case that without a “will” many “ways” become impossible, and envisioning real utopias is part of the process of creating a will for change.

What the Real Utopias project is aimed at validating, most fundamentally, is the idea of emancipatory agency: that it is possible for us humans to restructure our social institutions in a direction that fits our fundamental values better than the present institutions do.  And it is worth underlining how important, but also how risky, this effort is: important, because it gives a basis for thinking that we can create a better world; and risky, because many of the worst historical experiences of modern memory came from "utopian" efforts to redefine society.  (This is a point that James Scott makes in Seeing Like a State: How Certain Schemes to Improve the Human Condition Have Failed