Anthropology as a discipline 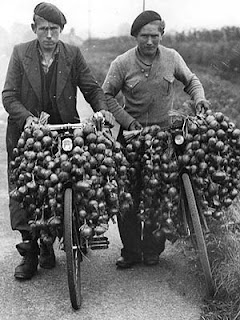 Several posts have focused recently on the meandering pathways through which the social science disciplines have developed in the past century or so -- within and across nations (link, link).  Anthropology is a particularly interesting example because of its proximity to power and empire. And Gustavo Lins Ribeiro and Arturo Escobar's recent World Anthropologies: Disciplinary Transformations in Systems of Power (Wenner-Gren International Symposium Series)

Ribeiro and Escobar are primarily interested in the question of "internationalizing" anthropology. The volume came out of an important conference on the topic sponsored by the the Wenner-Gren Foundation in 2003. The question of internationalization is relevant to anthropology in two separate ways: in terms of content (local or exotic), and in terms of organizational structure (a few core centers in the metropole, versus a large and diffuse research community across the globe). Ribeiro and Escobar are interested in incorporating the anthropological research traditions that have developed in the developing world into a more comprehensive and adequate world anthropology for the future. They are certainly right that there is much to be learned by looking in detail at some of the ways that social observers in Africa, Asia, or Latin America have sought to describe and theorize distinctive communities. And their premise of the non-linearity of the development of anthropology is exactly right as well. There is no "best" ethnography, methodology, or anthropological theory within which to organize observation and explanation of the social world.

Several chapters in the volume are particularly interesting; and none more so than Eduardo Archetti's detailed and nuanced telling of the story of anthropology and ethnography in France since roughly 1900. The inclusion of France in this volume's discussion of core and periphery in scientific anthropology is of course initially surprising; but it makes sense in context. Part of the story of France falls squarely in the core of the discipline; but another part falls in the periphery of the science. Archetti links his discussion to several important recent histories of anthropology that are interesting in their own right: Thomas Eriksen and Finn Nielsen (A History of Anthropology

), and Robert Layton (An Introduction to Theory in Anthropology

What Archetti finds is that there is a standard way of telling the story of French anthropology. It begins with Durkheim and Mauss and culminates in Levi-Strauss and Godelier; it is long on theory, and it interweaves periodically with the interests of the French colonial state.  The standard account emphasizes the important role played by French thinkers in constructing theoretical frameworks for comprehending cultures. And the standard history links French anthropology to the international concerns represented by France's colonial possessions. Archetti quotes Lévy-Bruhl's arguments to this effect on the occasion of the establishment of the Institute of Ethnology at the University of Paris in 1925 (117):


The first and most central of the natural resources is the indigenous population, because the other resources are dependent on it, above all in tropical regions. Does not there exist a capital interest in studying it, in a methodical way, in order to get an exact and deep knowledge of its languages, religions, and social organization, which it is not prudent to destroy irresponsibly? (Lévy-Bruhl 1925: 1)

But Archetti argues that this story of French anthropology is too simple by half. What it leaves out is crucial: the development of several traditions of regional and ethnic studies within France that were slighted with the label "folkloric." And it turns out that a number of figures within that group of traditions should be given much more attention in the history of anthropology than they have received to date. The presumption is that anthropology is concerned with the external and the exotic; and that the study of indigenous French traditions and communities is pedestrian and uninteresting. It is ethnology rather than ethnography. But this assumption is false.

Archetti singles out several figures for particular attention. Arnold van Gennep is one figure largely overlooked in the standard narrative, particularly when it comes to recognizing and extending his studies of French rural communities (114). Other figures who are marginalized are Louis Dumont, Michel Leiris, and Marcele Griaule. The latter two figures come in for more extensive treatment because of their "de-centered" treatment of anthropology (119). Griaule and Leiris were students of Mauss but did not define their efforts in terms of the formulation or elaboration of theoretical ideas. Leiris presented his African ethnographic work, L'Afrique fantôme in a literary form influenced by surrealism; it jarred against the ideal of dispassionate description. And Griaule's ethnography also had a deep thread of the subjective and the anti-general. Archetti quotes James Clifford's assessment of Griaule with approval: "One hears, as it were, two full chords of a Dogon symphony: a mythic explanation of the cosmos and a native theory of language and expressivity" (119). This implies that there is as much of Griaule as the Dogon in the treatment. But, Archetti suggests, both these French ethnographers captured themes of interpretation and styles of presentation that were to become important in later ethnography. "L'Afrique fantome is a powerful book precisely because it is centered on the explicit recognition of the subjectivity of the ethnographer" (121).

Dumont is important in Archetti's account, not for his studies of South Asia, but for his detailed studies of some specific French settings.


La Tarasque is a complex and unorthodox monograph consisting of ethnographic findings based on observations of the ritual of the feast of the dragon in the village of Tarascon, a detailed oral history of its legends, the results of exhaustive historical archival work, and a detailed iconographic presentation. (124)


My main aim with this brief examination of La Tarasque is to contextualize the question of centers and peripheries with a focus on the anthropology of France and its internationalization. It is clear that the rich tradition of studies of France by ethnologists, ethnographers, and folklorists initiated before World War II remained "local" and was not integrated into the creation of an international discipline in which the "more exotic and extreme non-European others" were privileged. (124)

Several points of interest come out of Archetti's discussion and the volume more generally. First has to do with the history of attempts to define the subject matter of anthropology through the focus on "exotic" non-western cultures. In hindsight, this is a distinction that makes no sense at all. The cultures, norms, religions, practices, and local preoccupations of an Alsatian village or a Detroit neighborhood are no more transparent than their counterparts in the Andaman Islands or the high Andes. And detailed observation and ethnographic investigation will reveal much of great interest in any of these locations. What is "exotic" is obviously a question of the familiar and one's initial perspective. So it is not in the least bit surprising that anthropology in the west has turned its attention to topics like "household practices in Soviet cities" or "nuclear weapons designers as a norm-driven community." Dissolving the notion of the exotic is a natural step.

Second, the notion that anthropology needs a few grand theories around which to organize its work is likewise bogus. The grand theories -- structural-functionalism, Freudianism, Marxism, rational choice theory -- simply can't be used as a formula in terms of which to understand a society or a culture as a whole. This isn't to say that theories are irrelevant to the investigation of communities; but they must be brought to bear in partial ways, not as general comprehensive schemes of interpretation.

Third, I suppose we might be just as skeptical about the availability of universal "ethnographic" methods. Once again, this isn't meant to doubt the need for intellectual rigor in observation and interpretation -- only to doubt that there is or should be a single best way of studying a human social groups. Objectivity qnd intellectual rigor cannot be defined simply as "adherence to the XYZ method of ethnographic observation." Ethnographic investigation can afford to be eclectic and multi-methodological; in fact, it can't afford anything else.

And finally, I think that Archetti's retelling of the story of French anthropology probably sheds light on the multiple nature of the development of scientific traditions everywhere. Many false starts, many promising avenues that were simply abandoned, and a real plurality of insightful approaches that don't cumulate to a simple, linear story.

(There is an interesting connection between this narrative of anthropology in France and the early relation of the Annales school to local histories of regions in France; link.)
Posted by Dan Little at 7:15 AM

There is an interesting "What is anthropology", the anthropology song that supposedly all anthro majors around the country know: http://www.youtube.com/watch?v=LHv6rw6wxJY

It is a nice take from a student's perspective and thought it would be nice to share (sorry if it is out of context!)

International anthropology or cross-cultural anthropology? I would like to tell an interesting research project of anthropology, which is happening in my hometown of China. Some doctoral students (Americans) of anthropology from University of California are studying funeral ceremony in the rural villages of my hometown of China, which is located in the center of China, or so-called northwest part of China. They live in a village with families of local farmers and they can speak local dialect of Chinese, which is quite out of my imagination. They look for funerals everyday in the village and the villages around the one where they live. Everytime they find one, they participate. Participation includes many behaviors to show respect for the dead person. One of the traditions is to give small cash gift. They follow all of the traditions. I am wondering what they are going to conclude in their doctoral dissertation. Again, that is out of my imagination!