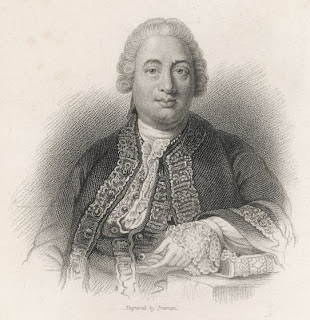 How do fields like the history of art or the history of philosophy relate to history simpliciter? Are there similar problems and methods in the history of ideas to those facing social or economic historians? Or is the idea of examining a series of events possessing temporal order the only thing these fields have in common?

Take the history of philosophy as an example. When philosophers analyze and present the history of their discipline for undergraduates, there is a fairly standard narrative in Anglo-American philosophy. The narrative begins with the pre-Socratics, with a set of questions about the nature of reality and some examples of how to reason about such questions. It moves then to classical ancient philosophy and considers the questions, theories, and methods of Socrates, Plato, and Aristotle. Here a broader range of questions come into play, including the nature of knowledge, the nature of reality, and the nature of virtue and justice. The medieval philosophers come next, including Augustine, Anselm, Aquinas, and perhaps Maimonides. Theological questions are center stage. Sometimes the Islamic world is given credit for maintaining knowledge of the ancients, especially Aristotle, through the upheavals of the post-Roman Empire dark ages. Then we come to "modern" philosophy, including the empiricists (English-speaking) and the rationalists (Continental).  Kant generally gets a page of his own, seeking to reconcile these two traditions, and then we hurtle into Hegel and the nineteenth century philosophers.

This narrative is largely structured around topics, theories, and methods, and the named philosophers are characterized in terms of their distinctive contributions to these items. When the historian of philosophy invokes change or dynamics, it is founded on the dialectic of the ideas and theories. Empiricism developed through as series of intellectual problems and inadequacies in earlier treatments. So in a typical history of philosophy, the narrative takes an internalist perspective -- an argument about how one set of theories and methods led logically or dialectically to another. The biography and historical setting of the philosopher is considered to be irrelevant, with occasional exceptions. (The setting of civil war is sometimes considered relevant to the development of Hobbes's theory of the state.)

An externalist approach to the history of philosophy would take a different tack.  The historian of philosophies might look at philosophy as a grounded intellectual practice, thoroughly embedded in a certain set of social and political activities. The philosopher's system of ideas would not be viewed as a purely autonomous intellectual activity, but rather a set of formulations that are responsive both to earlier arguments and social and political realities and assumptions. The circumstances and settings of particular philosophers would be highly relevant for the historian on this approach. This approach might look at the systems of thought created by philosophers as ideologies -- idealized expressions of more widespread systems of social ideas that serve the interests of various powerful groups. This is roughly speaking the approach taken by CB McPherson in The Political Theory of Possessive Individualism: Hobbes to Locke (link). And it would be a variation of the approach taken by current work within the Sociology of Scientific Knowledge (SSK) (link).

The internalist approach to the history of philosophy doesn't really seem to have much to do with history in any genuine way. And perhaps this applies to internalist approaches to other fields as well -- literature, painting, cuisine. And yet ideas do play important roles in history -- they have consequences and they ate influenced by social and material conditions. The challenge for the historian is how to make these connections through careful investigation while at the same time giving systems of thought and creativity the degree of autonomy they also possess.

Here are a few threads that are relevant to these questions. First, in the history of ideas we can always ask questions about the social conditions or influences on ideas. We might argue, as TJ Clark does in The Painting of Modern Life: Paris in the Art of Manet and his Followers and Image of the People: Gustave Courbet and the 1848 Revolution, that social conditions in the 1830s in rural France made the realism of Courbet possible.  This brings social and intellectual history onto the same canvas.

Second, we can use tools of sociological analysis to provide a framework for thinking about art and philosophy. Bourdieu's concept and theory of field are relevant: an art tradition develops within a field of artists and a set of cultural institutions (The Rules of Art: Genesis and Structure of the Literary Field). This too provides a social and material context for the history of ideas.

Third, it is both legitimate and necessary for social historians to take the development and currency of ideas seriously. Certain instances of popular politics, for example, may not make sense unless we explicate the religious or cultural ideas of the population.

So a truly insightful history of ideas and thought shouldn't be either purely internalist or purely externalist. Rather, the historian needs to be able to both respect the discipline while at the same time tracing the material processes through which it develops. An in fact, we do have examples of scholars who have managed to do both; a good example is Randall Collins' The Sociology of Philosophies: A Global Theory of Intellectual Change.

I don't see the same divide between the two disciplines that you have eluded to here. Sometimes, a purely internalist approach is necessary and sufficient for a given aim, say, to get clear what Hobbes had to say about the cause of consciousness or what have you. A historian more often than not relies heavily on the meticulous work of philosophers, whose focus is purely to parse text.

Further, when I'm studying Hobbes in a "history of philosophy context", the world he lives is absolutely relevant. I'll draw on purely externalist sources to gauge the environment he was writing in. More often than not, there will be half a dozen names rarely studied for their own sake that come up, and knowing how they relate to Hobbes is crucial to understanding his place in history.

We would agree (perhaps) that the philosophy of history needs to be better understood, or more explicitly addressed. Balancing the internal and external approach should not be left whimsical fancy of a given student. Philosophers spend a ton of time examining math and physics, and not nearly enough on the younger sciences - which is surprising, because of how close psychology, economics, and sociology are related!

A close friend of mine studies history, and he was set on convincing me that historians were more knowledgeable ("better") than philosophers in regards to studying the philosophers of antiquity. It didn't take long to realize that those we considered at the top of the field were typically hybrid between the two.. If they did their undergrand philosophy, a number of their seminar courses were in the classics department, and vice versa..

Your description of "internal" history of philosophy neglects the most important aspect and to me the real reason for the exercise. The traditional approach essentially creates in the mind of the student the experience of doing philosophy. That is to say, it re-creates or recapitulates previous thought(not thinkers), and its most important result is to aid us in developing our own capacity for the philosophical enterprise.

Your description of "internal" history of philosophy neglects the most important aspect and to me the real reason for the exercise. The traditional approach essentially creates in the mind of the student the experience of doing philosophy. That is to say, it re-creates or recapitulates previous thought(not thinkers), and its most important result is to aid us in developing our own capacity for the philosophical enterprise.

"The philosopher's system of ideas would not be viewed as a purely autonomous intellectual activity, but rather a set of formulations that are responsive both to earlier arguments and social and political realities and assumptions."

Quentin Skinner is the scholar whose name I probably would think of first when it comes to this approach to the history of political thought in particular.