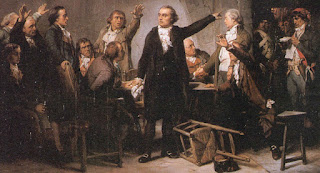 Jack Knight and Jim Johnson engage in a particular kind of political theory in their recent The Priority of Democracy: Political Consequences of Pragmatism.  They want to consider "democracies" as existing social systems embodying particular instances of various kinds of institutions. They want to know how those institutions are likely to emerge, and they want to know how they function in real social settings. Their work falls within the general methodology of "comparative analysis of political-economic institutions."

Here is how they describe the tasks of political theory:


The first analytical task requires that we identify the set of feasible social institutions, examine their respective features, and delineate the conditions necessary for the effective operation of different members of the set. (13)

The second task is explanatory: to account for how specific alternatives emerged over others to become the preponderant institutions in a given society.  And the third task is normative: to show how we can compare alternative institutions in terms of their contribution to the social good.

They offer a particularly succinct description of the situation of politics: diversity across a population and conflicts of interest within the population.


Politics, in large part, is a response to diversity. It reflects a seemingly incontrovertible condition -- any imaginable human population is heterogeneous across multiple, overlapping dimensions, including material interests, moral and ethical commitments, and cultural attachments. The most important implication of this diversity is that disagreement and conflict are unavoidable. This is, in part, not only because the individuals and groups who constitute any population are diverse in the ways just suggested but because that diversity is irreducible. There simply is no neutral institutional arrangement that will accommodate their competing demands and projects without leaving some remainder over which they still disagree. (1)

The challenge of politics is to create institutions that permit decision making for a whole society in light of this irreducible diversity, and avoiding dictatorship and violence in the process.

So what is pragmatist about the theory of democracy they offer? One feature is fairly straightforward; it owes a lot to John Dewey's ideas about democracy.  And Dewey thought that democracy should be justified on the pragmatic grounds that it created ways of resolving conflicts that were less costly than violence and coercion.  More fundamentally, a pragmatist justification for democracy is one that attempts to show that the effects of democratic institutions are overall better for society than those of any of the alternatives. "Pragmatists assess the value of their choices and actions in terms of the consequences of those choices and actions" (194). So the justification of an institution derives from its overall effectiveness (in conjunction with other institutions) in securing desirable outcomes.


We defend here a pragmatist justification of democracy. It is grounded in a set of claims about the fundamental importance of effective institutions for our ongoing social interactions. It rests on the vital role that democratic decision making plays in achieving and maintaining the effectiveness of those institutions. It attends to the different tasks of political theory -- the analytical, the explanatory, and the normative. (93)

Another aspect of the authors' view of pragmatism has to do with the anti-foundationalism that is associated with pragmatism.  Political theory cannot work on the assumption that there is a final truth about political institutions; rather, arguments and conclusions are fallible and contestable. But a steady point of reference is an assessment of how the institutions that a political philosophy advocates will actually work for the population governed by those institutions. We test the recipe by tasting the pudding.

A central part of their justification of the priority of democracy revolves around the idea of reflexivity.


What do we mean when we say that democratic institutions operate in a reflexive manner? The reflexivity of democratic arrangements derives from the fact that political argument -- again, increasingly so to the extent that it transpires under the appropriate conditions -- requires relevant parties to assert, defend, and revise their own views and to entertain, challenge, or accept those of others. It derives, in other words, from ongoing disagreement and conflict. (161)

This condition reflects the idea that debate functions at two levels: at a meta-level when political theorists consider the pro's and con's of various institutional arrangements; and at an object level, when parties within a democracy express their views and reasons about particular policies.

In particular, when Knight and Johnson argue for the priority of democracy, they are centrally concerned to show that democratic institutions have priority over market institutions.  They concede that there are many tasks where decentralized markets are more efficient ways of handling social and economic conflicts; but they argue that we are nonetheless better off overall to give priority to the institutions of democratic decision-making. Democracy protects the equal voice of all citizens in collective decisions, and markets do not.

So what are the most important beneficial consequences that make democracy a good idea? Here is their summary:


We contend that relative to the other existing institutional alternatives, democracy is better at (1) facilitating experimentalism on institutional choice, (2) monitoring and maintaining institutional effectiveness (particularly in regard to appropriate conditions), and (3) reflexively monitoring its own effectiveness. The capacity of democracy to better satisfy these fundamental requirements of modern, socially diverse societies provides an important reason for endorsing democracy as the best means of collective governance. It grounds our pragmatist case for the priority of democracy. (261)

In reviewing the arguments advanced by Knight and Johnson, it is striking to notice the virtual absence of the normative arguments offered by democratic theorists from Rousseau to Amartya Sen: Democracy is good because it respects the moral equality of all, it embodies the broadest realization of human freedom, and it conduces to greater human fulfillment and sociality.  By putting their eggs in the pragmatist and consequentialist basket, Knight and Johnson seem to have forsaken the reasons some theorists have found democratic principles most convincing -- their connection to a fully realized and socialized human life. How would we respond to their argument if the calculation had led to a different outcome: a benevolent all-powerful bureaucracy does a slightly better job than democracy at securing the social goods they are interested in counting? Would we then be forced to conclude that benevolent bureaucratic dictatorship is the better system after all?  Probably not, for most of us. And perhaps this casts some doubt on the pragmatist method in this instance.

"... it embodies the broadest realization of human freedom, and it conduces to greater human fulfillment and sociality."

Those latter two are consequentialist arguments.

the promise of the enlightenment...

Fwiw, my take on 'The Priority of Democracy':