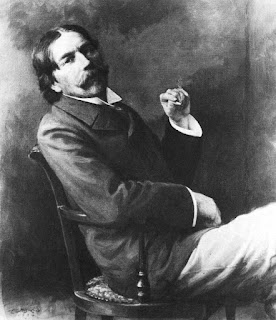 In 1918 Thorstein Veblen wrote a surprising short book about the administration and governance of American universities, The Higher Learning In America.  What is most surprising about the book is its date of publication. The critique he offers might have seemed familiar in 1968, whereas it seems precocious in 1918.

A key element of Veblen's diagnosis is his view that universities in the United States have been (in 1918!) overwhelmed by the values and accounting mentality of "business".


These others [other national university systems] have also not escaped the touch of the angel of decay, but the visible corruption of spiritual and intellectual values does not go the same length among them. Nor have these others suffered so heavy a toll on their prospective scholarly man power. (KL 1375)

Members of the governing boards are selected for their stature as successful businessmen; chief executives (presidents) are selected for their business-like qualities; and faculty are managed according to the principles of the consumer-driven market place. (He has a particularly low opinion of presidents of universities.) This is all catastrophic, according to Veblen, because business values and "accountability" are inimical to academic values.

As bearing on the case of the American universities, it should be called to mind that the businessmen of this country, as a class, are of a notably conservative habit of mind. In a degree scarcely equalled in any community that can lay claim to a modicum of intelligence and enterprise, the spirit of American business is a spirit of quietism, caution, compromise, collusion, and chicane. (KL 1831)

The idea of managing faculty effort and time in a bureaucratic way is particularly offensive and counterproductive to Veblen:

For this reason, and also because of the difficulty of controlling a large volume of perfunctory labour, such as is involved in undergraduate instruction, the instruction offered must be reduced to standard units of time, grade and volume. (KL 2738)

Veblen has his own view of what the fundamental purpose of the university is: to provide a context for unconstrained and impractical pursuit of knowledge.  For both faculty and students alike, the university should be a place of untrammeled exploration, curiosity, creativity, and discovery.

Typically, normally, in point of popular theory, the university is moved by no consideration other than "the increase and diffusion of knowledge among men." This is so because this profiles quest of knowledge has come to be the highest and ulterior aim of modern culture. (KL 1623)

And business values have no place in this system:

There is no similar bond of consanguinity between the business occupations and the scientific spirit; except so far as regards those clerical and subaltern employments that lie wholly within the mechanical routine of business traffic.  (KL 1989)

So the idea of "disciplining" the university by market principles -- ensuring faculty productivity, competing for students, marketing one's academic programs -- is antithetical to the central values of the university.

Such a system of accountancy acts to break the continuity and consistency of the work of instruction and to divert the interest of the students from the work at hand to the making of a passable record in terms of the academic "miner's inch." Typically, this miner's inch is measured in terms of standard text per time unit, and the immediate objective of teacher and student so becomes the compassing of a given volume of prescribed text, in print or lecture form, -- leading up to the broad principle: "Nichts als was im Buche steht" ["nothing but what is in the book"].  Which puts a premium on mediocrity and perfunctory work, and brings academic life to revolve about the office of the Keeper of the Tape and Sealing Wax. (KL 2785)

And Veblen is highly indignant at the idea of "student life" -- or the extra-curricular activities the university is obliged to provide for the entertainment of undergraduate students:

This contingent [of students], and the general body of students in so far as this contingent from the leisure class has leavened the lump, are not so seriously interested in their studies that they can in any degree be counted on to seek knowledge on their own initiative. At the same time they have other interests that must be taken care of by the school, on pain of losing their custom and their good will, to the detriment of the university's standing in genteel circles and to the serious decline in enrollment which their withdrawal would occasion. Hence college sports come in for an ever increasing attention and taken an increasingly prominent and voluminous place in the university's life; as do also other politely blameless ways and means of dissipation, such as fraternities, clubs, exhibitions, and the extensive range of extra-scholastic traffic known as "student activities". (KL 2713)

So Veblen's view is a sweeping one: the institutions of the American university have been corrupted by the values of the business community and the deference that the general public has to this elite group. And those values are antithetical and stifling to the true calling of the university's intellectuals, its faculty and students.

Here is an interesting article by Thomas Sowell in 1969, "Veblen's Higher Learning After Fifty Years" (link). Sowell closes with this interesting personal assessment of Veblen's animus on this subject.


The Higher Learning in America takes on a special significance when viewed against the background of Veblen's own checkered academic career, his own "domestic infelicities" which were so often "the subject of remark," his early difficulties because he "did not sufficiently advertise the university," his forced migrations from school to school, and his unpopular courses with low enrollments -- from which came a remarkable number of well-known economists. Yet it would be too facile to view this work simply as an apology for his own lack of academic success. Even if such motivation could be established, it would be irrelevant to the larger question of the validity of his arguments. If anything, the fact that the academic system selected out Veblen as unfit to survive should raise further grave suspicions about that system." (76)

One might say that Veblen offered cultural-institutional critique at its most incisive, and opened up lines of criticism of universities that have recurred ever since. What is most surprising is that these seams of failings in the university would have been visible to Veblen almost one hundred years ago.

Thank you for posting this amazing lucid moment of Veblen’s.

They arrive in India. No one is having tea in the afternoon or closely imitating the British. They feel: These people are barbarians! They need us to take them, their real estate and their culture over and CIVILIZE them!

They arrive in Ireland. No one salutes the Queen or sings Rule, Britannia. They feel: These people are barbarians! They need us to take them, their real estate and their culture over and CIVILIZE them!


They arrive in the New World, the early US. No one is having tea in the afternoon or closely imitating the British. They feel: These people are barbarians! They need us to take them, their real estate and their culture over and CIVILIZE them!

They are blind to culture unless it is their own.

They are pathological narcissists.

Until they reduce the world to dreary Dilbert cartoons, they cannot rest.

Even then they pursue profit in the universal style of addicts, insatiably and by letting profiteering take over all real value, even, particularly insanely, the worth of the planet itself.

Seeing that Veblen saw this so long ago, and how far and to what desperate straits this disease process has advanced, might strengthen opposition to it, our only chance to slow it down and in time arrest it and resume the work of sanity and health.

So again, thank you for posting this and thanks to Mark Thoma for linking it to Economists View.

I remember that decades ago when I was an undergrad, a professor told us that Veblen had originally wanted to give "The Higher Learning in America" the subtitle, "A Study in Total Depravity." I also think I heard somewhere that students avoided Veblen's courses because he mumbled and was hard to even hear much less understand. I have no idea if either of these factoids is true.

Thank you, Daniel Little, for giving some attention to Veblen's analysis. It is to the detriment of academics and economics that he is so little assigned and discussed.