A new history of China 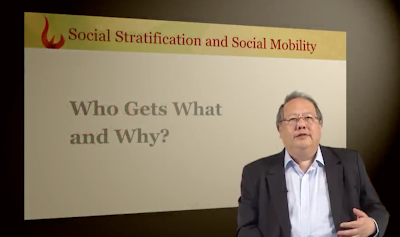 James Lee and Byong-Ho Lee have created a remarkable new course on Coursera titled "A New History for a New China, 1700-2000: New Data and New Methods, Part 1". This production is a genuinely important contribution to Chinese history. The course is not designed as an up-to-date summary of the history of early modern China, along the lines of Fairbank's China: A New History, Second Enlarged Edition. It is not a survey of Chinese history as traditionally treated.  Instead, it is a clear and logical presentation of a very different way of thinking about China's history: not as a chronology of events, dynasties, revolutions, rebellions, and notable individuals, but rather as an analytical study of the forces underlying pervasive social realities in China over this three-hundred year period. The key topics are privilege, wealth, power, and health, and the methodology is solidly quantitative. The analysis depends on a number of large data sets of sub-populations that James Lee and colleagues have assembled in the past thirty years. And Lee and Lee use advanced statistical and quantitative methods to probe the associations that exist within these datasets that would cast light on topics like political power, social mobility, and the workings of institutions. Most importantly, Lee and Lee are determined to probe the large sociological questions on the basis of demographic and social data about historical individuals.

The Lee-Campbell research group has created eight data sets with millions of unique individuals from specific places and periods in China over the past three centuries. These sets include population registers for over 500,000 distinct individuals. These datasets constitute the empirical core of the course.

The course is organized in three large segments:
Part I is underway now, and later parts will be produced in the near future.

Lee's organizing questions are sociological and demographic. In Part I the key questions are these:
The approach taken here, and pervasively throughout the research of the Lee-Campbell research group, is quantitative.


We present the results from a new scholarship of discovery based largely on the creation and analysis of big social science data from historical and contemporary China…. [This allows us] to construct a new sort of history from below that contributes to a more global understanding of human history and human behavior.

So what are the statistical foundations of their analysis? Here are the datasets that are used in the course:
It is plain that there are a large number of individuals included in these datasets. These bodies of data permit a very precise and rigorous level of analysis by the researchers in probing various kinds of causal associations. But it is also plain that they offer very focused and specialized points of observation of the social processes taking place across China and across time. So there is a background premise that seems credible but also seems to require more explicit discussion:
The discoveries about the causal factors involved in Chinese social mobility that can be drawn from dataset #3, for example, are most interesting if we can infer that the contours of causation that we discover here are roughly similar to social mobility processes in other parts of China in the Qing period. On the other hand, it might turn out that mobility in the Lower Yangzi region is based on factors having to do with commerce and wealth to a greater extent than was true in North China's Liaoning.

It is also interesting that Lee and his collaborators take a somewhat structural approach to social causation:


The driving factors of history are not just the ideas or actions of Great Men (or Women), but also from society as a whole, and that socio-economic forces including social stratification and wealth distribution together with politics are important factors that "push and pull" on actors and actions to create historical change.

This description singles out socio-economic forces as objects of study.

Another thing that strikes me is that the work presented here is "comparative historical sociology" rather than traditional historical research. (Lee sometimes refers to his discipline as "historical social science", and he emphasizes that the course is "explicitly comparative".) The approach seeks to evaluate hypotheses about how these large variables are influenced (wealth, power, longevity, health status, education). The opening comments James Lee makes in the introductory lecture about intuitive and anecdotal historical interpretation, and the comments about analytical rather than chronological organization, underline the point: this is not traditional history.


Our class eschews the standard chronological narrative arc for an analytic approach that focuses on specific discoveries and on how these new facts complicate our understanding of comparative societies, human behavior, and the construction of individual and group identities.
...
Unlike traditional history which focuses largely on the biographies and actions of specific historic figures, A New History for a New China seeks to write a history based on the experiences of all people, elites and non-elites.

This might imply that Lee and his colleagues mean to replace traditional historiography of China with the "big data" approach. But James Lee and others in this research group make it clear (outside this course) that these researchers are in fact pluralistic about historical research; they don't mean to say that historians who are more interested in the specific circumstances leading to change in a largely chronological structure are doing shabby history. There is a great deal of very exciting new historical research on China that has come forward in the past twenty years, and much of that research takes the form of organized narratives. (Peter Perdue's China Marches West: The Qing Conquest of Central Eurasia is a very good example.) These are good pieces of rigorous historical knowledge creation as well, though not based on large quantitative data sets. So this sociological, "big data" approach is one important new contribution, but not a replacement for all other historiographical approaches.

This course is well worth following. It does an excellent job of tying together the diverse and rigorous work that the Lee-Campbell research group has been doing for thirty years, and it provides a coherent framework and scheme of presentation for that work. In this sense I think it illustrates a virtue of the MOOC format that hasn't yet been discussed very much: as a platform for the presentation and dissemination of specialized ongoing research programs for a broader specialist public. The lectures are downloadable, and when completed they will represent a highly valuable "new media" presentation of some very interesting and challenging results in the historical sociology of China.

(James Lee and his colleagues have published quite a number of books relevant to this course. Particularly significant are One Quarter of Humanity: Malthusian Mythology and Chinese Realities, 1700-2000, Fate and Fortune in Rural China: Social Organization and Population Behavior in Liaoning 1774-1873, Life under Pressure: Mortality and Living Standards in Europe and Asia, 1700-1900 (Eurasian Population and Family History), each with co-authors.)
Posted by Dan Little at 11:42 AM