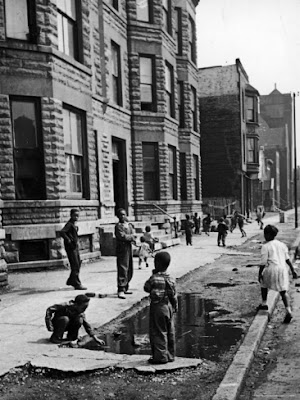 It is interesting to re-read Milton Friedman's Capitalism and Freedom some fifty years after its original publication. There are many aspects of the book that are likely to catch a contemporary reader's attention, but mine was drawn to Friedman's analysis of racial discrimination. In general, Friedman believes that capitalism is fundamentally good for promoting categorical equality.


It is a striking historical fact that the development of capitalism has been accompanied by a major reduction in the extent to which particular religious, racial, or social groups have operated under special handicaps in respect of their economic activities; have, as the saying goes, been discriminated against. (108)

More specifically, Friedman argues that racial discrimination in employment (and housing as well, it would seem) is essentially impossible within a market economy.


We have already seen how a free market separates economic efficiency from irrelevant characteristics. As noted in chapter i, the purchaser of bread does not know whether it was made from wheat grown by a white man or a Negro, by a Christian or a Jew. In consequence, the producer of wheat is in a position to use resources as effectively as he can, regardless of what the attitudes of the community may be toward the color, the religion, or other characteristics of the people he hires. (109)

So self interest on the part of employers will induce them to make hiring decisions that are category-blind: the most productive and least costly worker will be hired. A rational business or corporation has powerful incentives not to discriminate.

In fact, Friedman expresses skepticism about whether the concept of "discrimination" even makes sense within a market economy.


The man who exercises discrimination pays a price for doing so. He is, as it were, "buying" what he regards as a "product." It is hard to see that discrimination can have any meaning other than a "taste" of others that one does not share. We do not regard it as "discrimination" -- or at least not in the same invidious sense -- if an individual is willing to pay a higher price to listen to one singer than to another, although we do if he is willing to pay a higher price to have services rendered to him by a person of one color than by a person of another. The difference between the two cases is that in the one case we share the taste, and in the other we do not. (110)

It is hard to square these observations with the rigid segregation and discrimination that were taking place at the same time in the Jim Crow South. For that matter, the facts of racial discrimination in housing and employment that have characterized American society since emancipation were perfectly visible in Friedman's own city of Chicago in 1962. So all Friedman needed to do was to look around him on Chicago's South Side.

Friedman draws a logical conclusion from his set of assumptions about markets and discrimination: fair employment practices legislation is wrong. "Such legislation clearly involves interference with the freedom of individuals to enter into voluntary contracts with one another…. Thus it is directly an interference with freedom of the kind that we would object to in most other contexts" (111).

So taking steps through legislation to reduce the harmful effects of racial discrimination in hiring (and presumably in housing) is an illegitimate use of the force of government, according to Friedman. In fact, he compares efforts to do so to the Hitler Nuremberg laws (111).

These are stunning conclusions, now that we have lived through the Civil Rights movement and have seen the coercive practices that provided the architecture of the American racial system. What it suggests is that Friedman saw the social reality around him through the spectacles of an idealized form of pure market society, in which transactions occur between purely rational individuals and lead collectively to beneficent outcomes. But that was not the reality of the United States, then or now.
We don't need to assume that this particular economist was racist; one doesn't know. In fact, Friedman asserts the opposite:


I believe strongly that the color of a man's skin or the religion of his parents is, by itself, no reason to treat him differently; that a man should be judged by what he is and what he does and not by these external characteristics. I deplore what seem to me the prejudice and narrowness of outlook of those whose tastes differ from mine in this respect and I think the less of them for it. But in a society based on free discussion, the appropriate recourse is for me to seek to persuade them that their tastes are bad and that they should change their views and their behavior, not to use coercive power to enforce my tastes and my attitudes on others. (111)

In fact, Friedman's views throughout this chapter illustrate a different deficiency.  His analysis of racial discrimination is a striking example of the ways in which adherence to a theory can blind a person to the patent social realities around him or her. And once we see the realities of how racial discrimination and coercion worked in America, it is incumbent upon us as a society to put aside our stylized theories and attack the problem.

Here are a few earlier posts on the Jim Crow system (link, link).

I think Friedman's point, in the last quoted passage, about persuasion being the only moral recourse to deal with discrimination is needlessly restrictive. One does not have to invoke morality to recognize that persuasion, not force, may very well be just about the only feasible/effective tool to change people's attitudes, racial prejudices included. Of course, coercion, especially governmentally sanctioned coercion, to deepen and enforce latent and not so discrimination should be abolished as a matter of law. But that is not the issue here. The issue, I believe, is how to change people's beliefs and perceptions. And what is better than a free exchange of ideas and labor to accomplish that? To a large extent, it goes against my liberal persuasion and understanding of how human societies work to advocate government coercion to stave off real or imagined private discrimination. Society can and should act to end the destructive irrationality of racism and discrimination. The real question is what road to travel to go from here to there. And the answer may not be an obvious one.

Of course skin color in itself is not the reason most racists would treat someone as an inferior; there may be a few somatic racists. But most racists take skin color as indicative of inherent cognitive and moral inferiority so that employers and admission officers are required on the assumption of 'equal treatment" to pass minorities over except for the most degraded positions.

Friedman has to show that the market would punish out of existence such inferential prejudice. Gary Becker would attempt to do just that, but many showed that market competition may not dissolve such prejudice.

For example, statistical discrimination may still be cost-effective; racial hierachization of the workforce may be a good divide-and-conquer strategy (Michael Reich).

Majorities may attempt to displace on minorities a disproportionate share of the bads that markets generate, e.g. unemployment, underemployment, unsafe work. It's exactly because unregulated markets have such effects that there is material basis for discrimination.

I read Capitalism and Freedom recently myself and was shocked by the nonsense Friedman was spouting. What planet did he live on and how out of touch was he? It beggars belief that during the height of the Civil Rights Era he could pretend that racism didn't exist in the free market.

Regardless of whether or not Friedman was racist, his book could be used as cover and support for racists opposed to government intervention to dismantle Jim Crow. For example the sit ins in Greensboro took place in a private restaurant that refused to serve black people. Friedman would have defended the restaurants right to do so.

The US marketplace is not a free market since it is dominated by special interest group lobbyists who get the laws changed to ensure there is no level platform for competition.

If the discrimination situation in the USA had continued without legal and social change who knows what price the employer acting against his/her own interests might have paid. The process was (fortunately) not played out as it was set up to be.

But racist bosses do need to be protected from the fruits of their own folly?