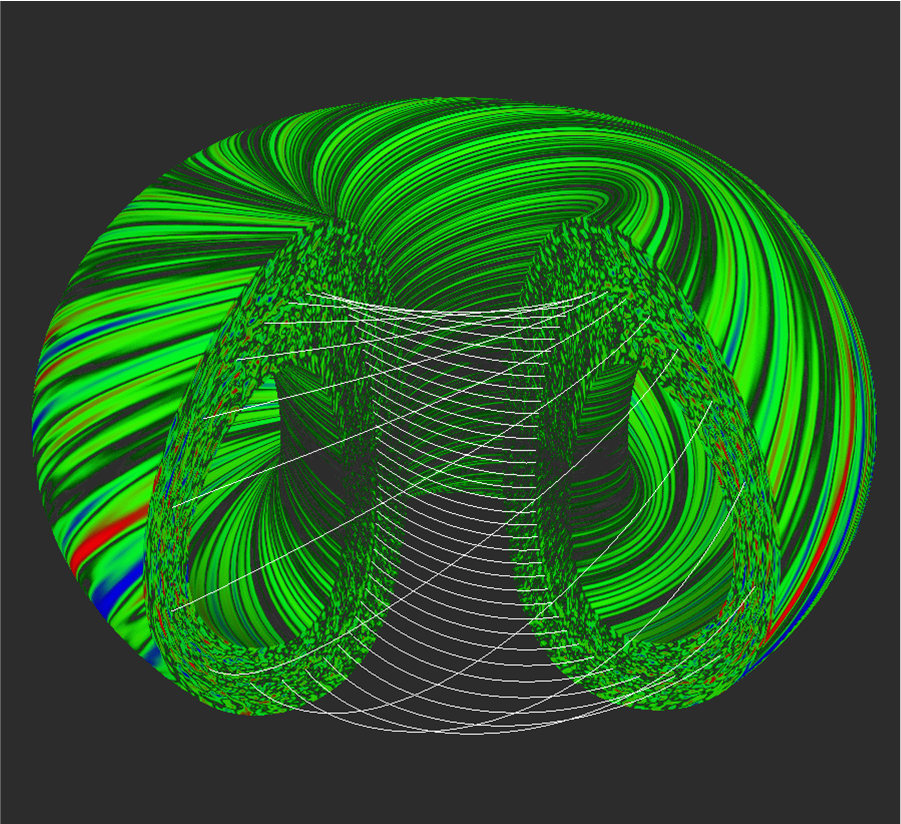 Justin Cruickshank is a friendly critic to critical realism, not a hostile one. He criticizes the philosophical method but supports many of the substantive conclusions about realism. (Here is a prior post on the gist of Cruickshank's criticisms.) Cruickshank provides a useful analysis of critical realism and its anti-matter double, social constructivism, in “Positive and Negative,” a working paper at the International Migration Institute in 2011 (link).

It seems that Cruickshank's most basic concern in "Positive and Negative" is that CR posits a particular ontology as the unique precondition of all science (a move familiar from transcendental metaphysics), and that philosophical reasoning can tell us what that ontology involves. So Bhaskar places excessive reliance on an apriorimethod of philosophical reasoning in constructing his metaphysical ideas. By contrast, in "Positive and Negative" Cruickshank favors a more malleable and fallibilist stance on ontology.  Here is one fairly clear statement of his view of the central shortcoming of CR:

Finally it is suggested that the correct way to construe the post-positivist problem-situation is to focus on the fallibility of knowledge, as critical realism does and, unlike critical realism, argue that fallible knowledge claims should be revised and replaced through criticism, with the focus being on theories’ ability to solve explanatory problems rather than their adherence to a set of ontological assumptions that are posited as the condition of possibility of the social sciences. (4)

This is a serious criticism of the method that Bhaskar uses in developing his theory of critical realism; but it does not imply disagreement with the key substantive conclusions of Bhaskar’s developed theory. Cruickshank remains a realist, and leaves it open that we can coherently maintain the key substantive ideas of critical realism: Ontology is important, bad assumptions about ontology can lead to bad scientific theory, and we can indeed regard the statements of an ontological theory as being referential to the “real” structure of the world. (In Bhaskar’s terminology, we can look at ontology as being and account of non-transitive knowledge.) Here is the brief summary that Cruickshank offers in his introduction to CRITICAL REALISM: THE DIFFERENCE THAT IT MAKES:

Critical realism is realist because it holds, contra postmodernism and social constructionism, that research is about gaining knowledge of a reality that exists independently of our representations of it.... Critical realism is critical, as regards methodology, because it holds that the concepts which inform the meta-theory that defines structure and agency can only be developed via a critical dialogue with alternative social ontologies. (kl 568)

Cruickshank situates critical realism and its opposite, social constructivism, in terms of their different efforts to reject "positivism”. So positivism is the foil against which critical realism is unfolded. (Ruth Groff makes a slightly different choice in her choice of Humean causation theory is the foil. Humeanism and positivism have various similarities, but they are not identical doctrines.) According to Cruickshank, Bhaskar rejects positivism for several reasons; but its commitment to the idea of unified deductive theories underlying the full range of empirical observations is at the top of the list. He characterizes this approach to the relation of science to the world as one involving a “closed systems ontology” (7); whereas he believes an ontology that looks at the world as a “stratified open system” is preferable. The “stratified” part of the concept refers to the idea that causal mechanisms are “emergent” from the lower-level things of which they are composed; and the “open” part of the concept refers to the idea that there are substantial dimensions of contingency involved in any complicated social process. “The ontology [of a stratified open system] is held to be one of open systems because the underlying causal laws interact in contingent ways to produce change at the level of observable events” (7).

Cruickshank believes that this distinction between open and closed systems leads eventually to Margaret Archer’s concept of “morphogenesis” (8); link.

JC also offers an answer to a question posed in an earlier post: what is “critical” about critical realism (link)? Here is the heart of his answer:

For those critical realists who regard critical realism as a form of neo-Marxism, the task of social science is not just that of explaining how structures and agents interact but also that of criticism (see Bhaskar 1998 and Collier 1998). Their argument runs thus. Any scientific account of how the capitalist structure works will show how it is oppressive and exploitative. It will also show how this structure needs to generate ideological beliefs to mask its nefarious character. Ideological beliefs here are defined as beliefs which are not only false but caused by a structural need for obfuscation and which serve the interests of the capitalist class by obfuscating oppression and inequality.  (10)

So “critical” here has two meanings: exposing of undesirable characteristics of some social entities and exposing how certain formulations of ordinary belief have the effect of concealing those characteristics.

(Incidentally, Cruickshank explains one of Bhaskar’s most basic ideas, the notion of an “intransitive domain of reality”, in terms that suggest the terminology itself is misleading. Theory is transitive because “fallible theories are open to change” (8). This sounds like a definition of “transitory” or "changing" rather than “transitive” ("allowing inference from one proposition to another: if A is longer than B and B is longer than C then A is longer than C"). Here is the place where Bhaskar introduces the distinction in A Realist Theory of Science:

Any adequate philosophy of science must find a way of grappling with this central paradox of science: that men in their social activity produce knowledge which is a social product much like any other, which is no more independent of its production and the men who produce it than motor cars, armchairs or books, which has its own craftsmen, technicians, publicists, standards and skills and which is no less subject to change than any other commodity. This is one side of 'knowledge'. The other is that knowledge is 'of' things which are not produced by men at all: the specific gravity of mercury, the process of electrolysis, the mechanism of light propagation. None of these 'objects of knowledge' depend upon human activity. If men ceased to exist sound would continue to travel and heavy bodies fall to the earth in exactly the same way, though ex hypothesi there would be no-one to know it. Let us call these, in an unavoidable technical neologism, the intransitive objects of knowledge. The transitive objects of knowledge are Aristotelian material causes. They are the raw materials of science—the artificial objects fashioned into items of knowledge by the science of the day. They include the antecedently established facts and theories, paradigms and models, methods and techniques of inquiry available to a particular scientific school or worker. The material cause, in this sense, of Darwin's theory of natural selection consisted of the ingredients out of which he fashioned his theory. Among these were the facts of natural variation, the theory of domestic selection and Malthus' theory of population. Darwin worked these into a knowledge of a process, too slow and complex to be perceived, which had been going on for millions of years before him. But he could not, at least if his theory is correct, have produced the process he described, the intransitive object of the knowledge he had produced: the mechanism of natural selection.... In short, the intransitive objects of knowledge are in general invariant to our knowledge of them: they are the real things and structures, mechanisms and processes, events and possibilities of the world; and for the most part they are quite independent of us. (Kindle Locations 749-764) (italics mine)

It would appear that Cruickshank's interpretation is consistent with these remarks by Bhaskar.)

Cruickshank also edited a useful volume, CRITICAL REALISM: THE DIFFERENCE THAT IT MAKES, to which he contributed a useful introduction and an applied article, "Underlabouring and unemployment: Notes for developing a critical realist approach to the agency of the chronically unemployed". Another very useful collection edited by Margaret Archer, Roy Bhaskar, Andrew Collier, Tony Lawson, and Alan Norrie, Critical Realism: Essential Readings (1998), provides an excellent selection of readings on critical realism.