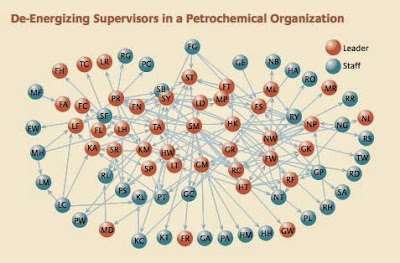 Organizations need study for several important reasons. One is their ubiquity in modern life -- almost nothing that we need in daily life is created by solo producers. Rather, activity among a number of individuals is coordinated and directed through organizations that produce the goods and services we need -- grocery chains, trucking companies, police departments, universities, small groups of cooperating chimpanzees.

A second reason for studying organizations is that existing theories of human behavior don't do a very good job of explaining organizational behavior. The theory of rational self interest -- the premise of the market -- doesn't work very well as a sole theory of behavior within an organization. But neither does the normative theory of a Durkheim or a Weber. We need better theories of the forms of agency that are at work within organizations -- the motives individuals have, the ways in which the rules and incentives of the organization affect behavior, the ways the culture of the workplace influences behavior, and the role that local level practices have in influencing individual behavior that makes a difference to the functioning of the organization.

Here are a few complications from current work in sociology and economics.

Economist Amartya Sen observes that the premises of market rationality make social cooperation all but impossible. This is Sen's central conclusion in “Rational Fools" (link), and it is surely correct: "The purely rational economic man is indeed close to being a social moron”. Sen's work demonstrates that social behavior -- even conceding the point that it derives from the thought processes of individuals -- is substantially more layered and multi-factored than neoclassical economics postulates. Sen's own addition to the mix is his theory of commitments -- the idea that individuals have priorities that don't map conveniently onto utility schemes -- and that lots of ordinary collective behavior depends on these behavioral characteristics.

Sociologist Michele Lamont argues that a major difference between upper-middle class French and American men is their attitudes towards their own work in the office or factory. In Money, Morals, and Manners: The Culture of the French and the American Upper-Middle Class she finds that professional-class French men express a certain amount of contempt for their hard-working American counterparts. Her findings suggest substantial differences in the "culture of work and profession" in different national and regional settings. (Here is an earlier post on Lamont's work; link.)

Experimental economist Ernst Fehr finds that workplaces create substantial behavioral predispositions that are triggered by the frame of the workplace (link). In unpublished work he finds that individuals in the banking industry are slightly more honest than the general population when they think in the frame of their personal lives, but that they are substantially less honest when they think in the frame of the banking office. Fehr and his colleagues demonstrate the power of cultural cues in the workplace (and presumably other well-defined social environments) in influencing the way that individuals make decisions in that environment.

Fehr has also made a major contribution through his research in experimental economics on the subject of altruism. He finds -- context-independently -- that decision makers are generally not rationally self interested maximizers. And using some results from the neurosciences he argues that there is a biological basis for this "pro-social" element of behavior.  Here is an example of Fehr's approach:


If we randomly pick two human strangers from a modern society and give them the chance to engage in repeated anonymous exchanges in a laboratory experiment, reciprocally altruistic behaviour emerges spontaneously with a high probability.... However, human altruism even extends far beyond reciprocal altruism and reputation-based cooperation taking the form of strong reciprocity. (Fehr and Fischbacher 2005:7; link)

(Here is an article by Jon Elster on Fehr's experimental research on altruism; link.)

So what can we discover about common features of behavior that can be observed in different kinds of organizations? There is a degree of convergence between the theoretical and experimental results that have come out of this research in sociology and economics and the organizational theories of what is now referred to as positive organizational studies. Here is a brilliant collection of research in this area edited by Kim Cameron and Gretchen Spreitzer, The Oxford Handbook of Positive Organizational Scholarship. Cameron and Spreitzer define the field in their introduction in these terms:


Positive organizational scholarship is an umbrella concept used to unify a variety of approaches in organizational studies, each of which incorporates the notion of 'the positive.' ... "organizational research occurring at the micro, meso, and macro levels which points to unanswered questions about what processes, states, and conditions are important in explaining individual and collective flourishing. Flourishing refers to being in an optimal range of human functioning" [quoting Jane Dutton] (2).


Studies have shown that organizations in several industries (including financial services, health care, manufacturing, and government) that implemented and improved their positive practices over time also increased their performance in desired outcomes such as profitability, productivity, quality, customer satisfaction, and employee retention. That is, positive practices that were institutionalized in organizations, including providing compassionate support for employees, forgiving mistakes and avoiding blame, fostering the meaningfulness of work, expressing frequent gratitude, showing kindness, and caring for colleagues, led organizations to perform at significantly higher levels on desired outcomes. (6)

In a sense they point to the possibility of high level and low level equilibria within roughly the same set of rules. And organizations that succeed in promoting positive behavioral motivations will be more successful in achieving their goals. Adam Grant and Justin Berg analyze these positive motives in their contribution to the Handbook, "Prosocial Motivation at Work".


What motivates employees to care about making a positive difference in the lives of others, and what actions and experiences does this motivation fuel? (29)

It is both a theoretical premise of the POS research community and an empirical subject of inquiry for these researchers that it is possible to elicit "prosocial" motivations through suitable institutional arrangements and leadership. Interestingly, this seems to be an implication of the work by Ernst Fehr mentioned above as well.

Positive organizational scholarship is a timely contribution to the social sciences because it stands on the cusp between the need for better theories of the actor and the imperative to improve the performance of organizations. Hospitals, manufacturing companies, universities, and non-profit organizations all want to improve their performance in a variety of ways: improve patient safety, reduce costs, improve product quality, improve student retention, improve the delivery of effective social services, and the like. And POS is an empirically grounded approach to arriving at a better understanding of the range of social behaviors that can potentially motivate participants and lead to better collective performance. And the category of "prosocial motivation" that underlies the POS approach is an important dimension of behavior for further research and investigation.

If we ever do end up acting just like a rats or pavlov's dogs, it will be largely because behaviorism has conditioned us to do so. See the link below for more info.