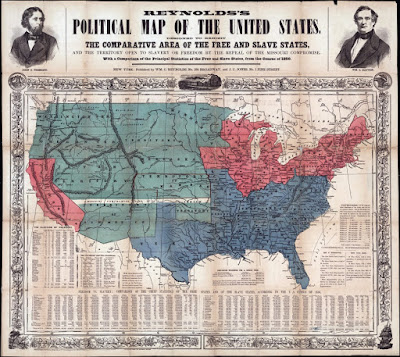 One approach to causal explanation involves seeking out the mechanisms and processes that lead to particular outcomes. McAdam, Tarrow, and Tilly illustrate this approach in their treatment of contentious politics in Dynamics of Contention

, and the field of contentious politics is in fact highly suitable to the mechanisms approach. There are numerous clear examples of social processes instantiated in groups and organizations that play into a wide range of episodes of contention and resistance -- the mechanics of mobilization, the processes that lead to escalation, the communications mechanisms through which information and calls for action are broadcast, the workings of organizations. So when we are interested in discovering explanations of the emergence and course of various episodes of contention and resistance, it is both plausible and helpful to seek out the specific mechanisms of mobilization and resistance that can be discerned in the historical record.

This is a fairly "micro" approach to explanation and analysis. It seeks to understand how a given process works by looking for the causal mechanisms that underlie it. But not all explanatory questions in the social sciences fall at this level of aggregation. Some researchers are less interested in the micro-pathways of particular episodes and more interested in the abiding social forces and arrangements that influence the direction of change in social systems. For example, Marx declared an explanatory hypothesis along these lines in the Communist Manifesto

: "The history of all hitherto existing society is the history of class struggles." And Michael Mann provides more detailed analysis of world history that encompasses Marx's hypothesis along with several other large structural factors in The Sources of Social Power

Large social factors at this level include things like the inequalities of power and opportunity created by various property systems; the logic of a competitive corporate capitalist economy; the large social consequences of climate change -- whether in the Little Ice Age or the current day; the strategic and military interests of various nations; and the social and economic consequences of ubiquitous mobile computation and communication abilities. Researchers as diverse as Karl Marx, Manuel Castells, Carl von Clausewitz, and William McNeill have sought out causal hypotheses that attempt to explain largescale historical change as the consequence, in part, of the particular configurations and variations of macro factors like these. Outcomes like success in war, the ascendancy of one nation or region over others, the configuration of power and advantage across social groups within modern democracies, and the economic rise of one region over another are all largescale outcomes that researchers have sought to explain as the consequence of other largescale social, economic, and political factors.

These approaches are not logically incompatible. If we follow along with William McNeill (Plagues and Peoples - Central Role Infectious Disease Plays in World History) and consider the idea that the modern distribution of national power across the globe is a consequence of the vulnerability of various regions to disease, we are fully engaged in the idea that macro factors have macro consequences. But it is also open to us to ask the question, how do these macro factors work at the more granular level? What are the local mechanisms that underlay the dynamics of disease in Southeast Asia, West Africa, or South America? So we can always shift focus upwards and downwards, and we can always look for more granular explanations for any form of social causal influence. And in fact, some historical sociologists succeed in combining both approaches; for example, Michael Mann in his study of fascism (Fascists

), who gives attention both to largescale regional factors (the effects of demobilization following World War I) and local, individual-level factors (the class and occupational identities of fascist recruits) (link).

That said, the pragmatics of the two approaches are quite different. And the logic of causal research appears to differ as well. The causal mechanisms theory of explanation suggests close comparative study of individual cases -- particular rebellions, particular episodes of population change, particular moments of change of government. The "large social factor" approach to explanation suggests a different level of research, a research method that permits comparison of large outcomes and the co-variance of putative causal factors. Mill's methods of causal reasoning appear to be more relevant to this type of causal hypothesis. Theda Skocpol's study of social revolution in States and Social Revolutions

The harder question is this: are the large social factors mentioned here legitimate "causes", or are they simply placeholders for more granular study of particular mechanisms and pathways? Should reference to "capitalism," "world trading system," or "modern European reproductive regime" be expected to disappear in the ideal historical sociology of the future? Or is this "large structure" vocabulary an altogether justified and stable level of social analysis on the basis of which to construct historical and social explanations? I am inclined to believe that the latter position is correct, and that it is legitimate to conceive of social research at a range of levels of aggregation (link, link). The impulse towards disaggregation is a scientifically respectable one, but it should not be understood as replacing analysis at a higher level.

(The illustrations above were chosen to provide examples of historical processes (the silting of waterways and patterns of slaveholding) that admit of explanation in terms of largescale historical factors (climate, geography, and political systems).)