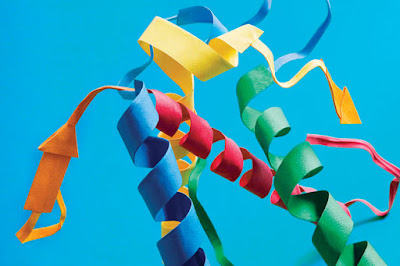 A short recent article in the Journal of Artificial Societies and Social Simulation by Venturini, Jensen, and Latour lays out a critique of the explanatory strategy associated with agent-based modeling of complex social phenomena (link). (Thanks to Mark Carrigan for the reference via Twitter; @mark_carrigan.) Tommaso Venturini is an expert on digital media networks at Sciences Po (link), Pablo Jensen is a physicist who works on social simulations, and Bruno Latour is -- Bruno Latour. Readers who recall recent posts here on the strengths and weaknesses of ABM models as a basis for explaining social conflict will find the article interesting (link). VJ&L argue that agent-based models -- really, all simulations that proceed from the micro to the macro -- are both flawed and unnecessary. They are flawed because they unavoidable resort to assumptions about agents and their environments that reduce the complexity of social interaction to an unacceptable denominator; and they are unnecessary because it is now possible to trace directly the kinds of processes of social interaction that simulations are designed to model. The "big data" available concerning individual-to-individual interactions permits direct observation of most large social processes, they appear to hold.

Here are the key criticisms of ABM methodology that the authors advance:
And here is their key claim:
This final statement could serve as a high-level paraphrase of actor-network theory, as presented by Latour in Reassembling the Social: An Introduction to Actor-Network-Theory. (Here is a brief description of actor-network theory and its minimalist social ontology; link.)

These criticisms parallel some of my own misgivings about simulation models, though I am somewhat more sympathetic to their use than VJ&L. Here are some of the concerns raised in earlier posts about the validity of various ABM approaches to social conflict (link, link):

And here is the conclusion I drew in that post:
But the confidence expressed by VJ&L in the new observability of social processes through digital tracing seems excessive to me. They offer a few good examples that support their case -- opinion change, for example (1.9). Here they argue that it is possible to map or track opinion change directly through digital footprints of interaction (Twitter, Facebook, blogging), and this is superior to abstract modeling of opinion change through social networks. No doubt we can learn something important about the dynamics of opinion change through this means.

But this is a very special case. Can we similarly "map" the spread of new political ideas and slogans during the Arab Spring? No, because the vast majority of those present in Tahrir Square were not tweeting and texting their experiences. Can we map the spread of anti-Muslim attitudes in Gujarat in 2002 leading to massive killings of Muslims in a short period of time? No, for the same reason: activists and nationalist gangs did not do us the historical courtesy of posting their thought processes in their Twitter feeds either. Can we study the institutional realities of the fiscal system of the Indonesian state through its digital traces? No. Can we study the prevalence and causes of official corruption in China through digital traces? Again, no.

In other words, there is a huge methodological problem with the idea of digital traceability, deriving from the fact that most social activity leaves no digital traces. There are problem areas where the traces are more accessible and more indicative of the underlying social processes; but this is a far cry from the utopia of total social legibility that appears to underlie the viewpoint expressed here.

So I'm not persuaded that the tools of digital tracing provide the full alternative to social simulation that these authors assert. And this implies that social simulation tools remain an important component of the social scientist's toolbox.
Posted by Dan Little at 10:42 AM

So, ANTi-simulationists argue that agent-level behaviors and interactions are too abstract, whereas ANT-promoters suggest that scallops and machines are actors. And the latter is preferred over the former because it is more complex and relies less on "false" emergent properties. Or have I gotten this wrong?