Do all roads lead to Rome? 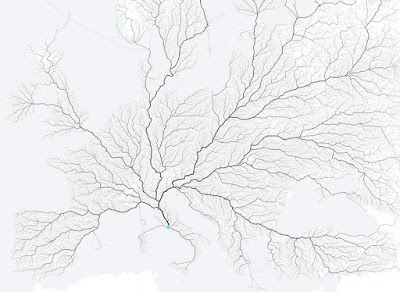 Here is a fascinating data visualization experiment by moovel lab testing a piece of ancient wisdom, "All roads lead to Rome" (link). The experiment is discussed in the CityLab blog of the Atlantic. It is not a full map of the auto routes of Europe; instead, it is a construction of the routes that exist from every grid point on the map of Europe to the destination of Rome. So properly speaking, it doesn't confirm that "all roads lead to Rome"; instead it demonstrates that "you can get to Rome from virtually every point in Europe through a dense system of tributaries". It's an amazing representation of the capillaries of transportation throughout the continent.

Imagine what the system would look like if the destination were Stockholm instead. I imagine that the coverage of the map would be equally complete; "you can get to Stockholm from every point in Europe through a dense system of tributaries". But I also imagine that there would be some important structural differences in the two maps, with a different set of most-travelled primary capillaries.

What about it, moovel lab folks -- is this an experiment that could be readily performed?

Here is a Google map of the Roman Empire prepared by the Pelagios Project demonstrating a much more reduced system of roads (link): 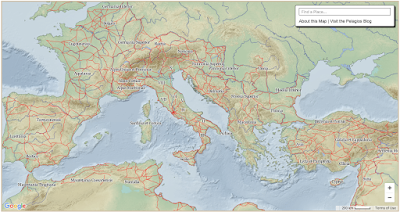 It appears visually that it is possible to align the two maps. Major roads in ancient Europe seem to follow the same course today.

It has sometimes been observed that, for the Romans, it might not have been such a good thing that all roads lead to Rome. This same system of roads served as conduits of invasion by waves of Germanic armies. 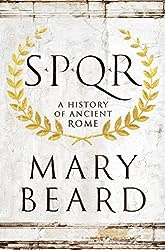 Here is a video by Mary Beard on the historical importance of the Roman road system.

Surely it is obvious that you can get to Rome (or Stockholm or Lison or anywhere on the European road system, which now includes Scandinavia via the Oresund bridge.) try it on Google maps. Choose any two locations and you will be offered a route. It is only in Irish folklore that people say "You can't get there from here."

Yes, my question is whether the network of tributaries will look substantially different.