Is the mind/body problem relevant to social science? 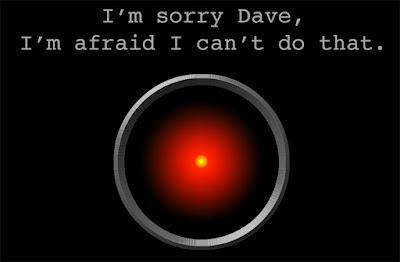 
Some of the deepest philosophical controversies in the social sciences are just local manifestations of the mind–body problem. So if the theory of quantum consciousness can solve that problem then it may solve fundamental problems of social science as well. (5)

Why so? There are two core problems in the philosophy of mind that Wendt thinks are unavoidable and must be confronted by the social sciences. The first is the problem of consciousness and intentionality; the second is the problem of freedom of the will. How is it possible for a physical, material system (a computer, a brain, a vacuum cleaner) to possess any of these mental properties?
Experts refer to the "hard problem" in the philosophy of mind. We might also call this the discontinuity problem: the unavoidable necessity of a radical break between a non conscious substrate and a conscious super-strate. How is it possible for an amalgamation of inherently non-conscious things (neurons, transistors, routines in an AI software package) to create an ensemble that possesses consciousness? Isn't this as mysterious as imagining a world in which matter is composed of photons, where the constituents lack mass and the ensemble possesses mass? In such a case we would get mass out of non-mass; in the case of consciousness we get consciousness out of non-consciousness. "Pan-massism" would be a solution: all things, from stars to boulders to tables and chairs to subatomic components, possess mass.
But physicalist philosophers of mind are not persuaded by the discontinuity argument. As we have noted many times in this place, there are abundant examples of properties that are emergent in a non-spooky way. It simply is not the case that the sciences need to proceed in a Cartesian, foundationalist fashion. We do not need to reduce each level of the world to the workings of a lower level of things and processes.

Consider a parallel problem: is solving the question of the fundamental mechanisms of quantum mechanics crucial for understanding chemistry and the material properties of medium-scale objects? Here it seems evident that we can't require this level of ontological continuity from micro to macro -- in fact, there may reasons for believing the task cannot be carried out in principle. (See the earlier post on the question of whether chemistry supervenes upon quantum theory; link.)
Here is the solution to the mind-body problem that Wendt favors: panpsychism. Panpsychism is the notion that consciousness is a characteristic of the world all the way down -- from human beings to sub-atomic particles.


Panpsychism takes a known effect at the macroscopic level–that we are conscious–and scales it downward to the sub-atomic level, meaning that matter is intrinsically minded. (30)

Exploiting this possibility, quantum consciousness theorists have identified mechanisms in the brain that might allow this sub-atomic proto-consciousness to be amplified to the macroscopic level. (5)

Panpsychism strikes me as an extravagant and unhelpful theoretical approach, however. Why should we attempt to analyze "Robert is planning to embarrass the prime minister" into a vast ensemble of psychic bits associated with the sub-atomic particles of his body? How does it even make sense to imagine a "sub-atomic bit of consciousness"? And how does the postulation of sub-atomic characteristics of consciousness give us any advantage in understanding ordinary human consciousness, deliberation, and intentionality?

Consider the route of the Roomba robotic vacuum cleaner through the cluttered living room (link): its course may appear either random or strategic, but in fact it is neither. Instead, the Roomba's algorithms dictate the turns and trajectories that the device takes in either an unobstructed run or an obstructed run. The behavior of the Roomba is determined by its algorithms and the inputs of its sensors; there is no room for freedom of choice in the Roomba. How can it be different for a dog or a human being, given that we too are composed of algorithmic computing systems? 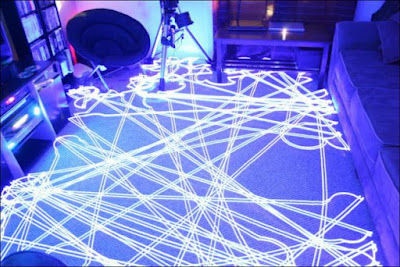 Social theory presupposes intentional actors; but our current theories of neuroscience don't permit us to reproduce how intentionality, consciousness, and freedom are possible. So don't we need to solve the problem of freedom of the will before we can construct valid sociological theories that depend upon conscious, intentional and free actors?

Again, my answer is negative. It is an interesting question, to be sure, how freedom, consciousness, and intentionality can emerge from the wetware of the brain. But it is not necessary to solve this problem before we proceed with social science. Instead, we can begin with phenomenological truisms: we are conscious, we are intentional, and we are (in a variety of conditioned senses) free. How the organism achieves these higher-level capabilities is intriguing to study; but we don't have to premise our sociological theories on any particular answer to this question.

So the position I want to take here is that we don't have to solve the mysteries of quantum mechanics in order to understand social processes and social causation. We can bracket the metaphysics of the quantum world -- much as the Copenhagen interpretation sought to do -- without abandoning the goal of providing a good explanation of aspects of the social world and social actors. Wendt doesn't like this approach:


Notwithstanding its attractions to some, this refusal to deal with ontological issues also underlies the main objection to the Copenhagen approach: that it is essentially incomplete. (75)

But why is incompleteness a problem for the higher-level science (psychology or sociology, for example)? Why are we not better served by a kind of middle-level theory of human action and the social world, a special science, that refrains altogether from the impulse of reductionism? This middle-level approach would certainly leave open the research question of how various capabilities of the conscious, intentional organism are embodied in neurophysiology. But it would not require providing such an account in order to validate the human-level or social-level theory.

I agree with everything in the post but wish to add a small point. It is possible to program a computer or a Roomba to make a random choice among equal or nearly equal alternatives in a way which is unpredictable. One way is to use the random variations of electric frequency in power supplies to generate a number of random seeds for psuedo-random number generators. This could also be genetically programmed into complex nervous systems by evolution, since unpredictability can be a fitness advantage. In the case of "living" organisms, the random seeds could be provided by summing external inputs, such as the number and intensity of nervous stimuli. (According to Feynman in "QED" the human retina is capable of detecting a single photon, which means that quantum uncertainty could be involved.) As Scott Aaronson has pointed out, there is no experimental way to distinguish between "non-deterministic" and "unpredictable". Therefore "free will" as I understand it (the ability to make non-deterministic choices) is a property which could be programmed into computers, AI's, and Roombas.

It's interesting that these kind of issues are " less important" in Latin america and Brazil. We have a very good independency of the social sciences, and the body-mind problem is sometimes taking more serious by cognive sciences and philosophy of mind. We have so much urgent social problems... and a very good diversity of approaches. The best advances that I see are in the social-historic, cultural, political studies, and in a very interdisciplinary contributions between disciplines and sciences. Somethimes I think the urgency in put the social sciences in the dependency of a mind-body problem as a question of power and ideology, were some filds try to reestabilish the proeminence of certain disciplines and perspectives, mantaining the sociology and other social sciences in a less degree of hierarchy. I like very much neurosciences and philosophy of mind, but in terms of not reducing our advances, critical approaches of social reality and autonomy. (Sorry for eventual english errors.)

Reading your latest blogs I am wondering if I missed something. The mind/body problem is very relevant to social sciences (or better: "understanding society") but has been solved some time ago. From the "mind" side by Daniel Dennett's "consiousness explained" (1991), from societies side by Niklas Luhmann in his theories (1970(?)-1997) > "Einführung iun die Theorie der Gesellschaft" (1992/2001). In a way you could say Marx and more so Gramsci already resolved the problem.
In all it is too much for a simple reaction here. If you want you can DM me on @VictorOnrust on twitter.
On the side, I think Dennett among others already refuted any "quantum" bogus.