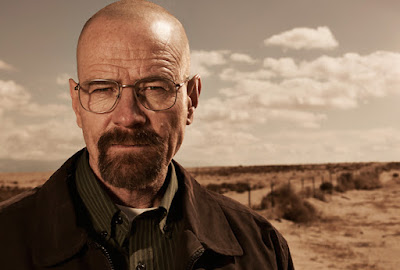 Aristotle, Kant, and Rawls agree: people ought to have rational plans of life to guide their everyday efforts and activities. But what is involved in being rational about one's plan of life? And really, what is a plan of life? Is it a sketch of a lifetime goal, along with some indications of the efforts that are currently thought to lead to this goal? Is it a blueprint for organizing one's thinking, actions, investments, time, resources, and character over time in order to bring about the intended goal? Or is it something more flexible that this? Did Walter White in Breaking Bad have a plan of life, either before and after his cancer diagnosis? Did Dostoevsky have a plan of life? How about Wagner or Whitman? Is it possible to be rational in making partial or full life plans? How have philosophers thought about this topic?

Planning means orchestrating one's activities over time in such a way as to bring about good outcomes over the full period. When a person plans for a renovation of his/her home, he or she considers the reasons for considering the renovation; the results to be achieved; the enhancements that would contribute to those results; the resources that are necessary to fund those enhancements; the amount of time that will be required for each of the sub-tasks; and so forth. With a good plan and a good execution, it is likely that a good outcome will be achieved: an improved residence that was accomplished within the budgeted time and resources available.

A plan of life is something larger than a plan for a house renovation, though it has some aspects in common. John Rawls was the philosopher in recent times who brought this idea into serious attention. The concept plays a crucial role within his theory of justice in A Theory of Justice. (Perhaps Aristotle is the ancient philosopher who had the greatest interest in this idea.) Rawls introduces the idea in the context of his discussion of primary goods.


The main idea is that a person's good is determined by what is for him the most rational long-term plan of life given reasonably favorable circumstances. A man is happy when he is more or less successfully [sic] in the way of carrying out this plan. To put it briefly, the good is the satisfaction of rational desire. We are to suppose, then, that each individual has a rational plan of life drawn up subject to the conditions that confront him. This plan is designed to permit the harmonious satisfaction of his interests. It schedules activities so that various desires can be fulfilled without interferences. It is arrived at by rejecting other plans that are either less likely to succeed or do not provide for such an inclusive attainment of aims. Given the alternatives available, a rational plan is one which cannot be improved upon; there is no other plan which, taking everything into account, would be preferable. (TJ 92-93)

Several things are noteworthy about this description. First, it involves scheduling activities so as to "harmoniously satisfy interests", which is paraphrased as "fulfilling desires without interferences". In other words, Rawls's account of a plan of life is a fairly shallow one in terms of the assumptions it makes about the person. It takes desires as fixed and then "plans" around them to ensure their optimal satisfaction. But there are other things that we might want to include in a plan of life: choices about one's enduring character, for example. And second, Rawls makes very heroic assumptions here by requiring that a rational plan of life is a uniquely best plan, an optimal plan, one which cannot be improved upon.

There is a very direct connection between planning and rationality. But, surprisingly, this connection has not been a strong topic of interest within philosophy. The most important exception is in the work of Michael Bratman, including his 1987 book, Intention, Plans and Practical Reason. Here are a few key ideas from Bratman's book:

Second, we have pressing needs for coordination. To achieve complex goals I must coordinate my present and future activities. And I need also to coordinate my activities with yours. Anyone who has managed to write a lecture, pick up a book at the library, attend a committee meeting, and then pick up a child at school will be familiar with the former type of intra personal coordination. And anyone who has managed to arrange and participate in a committee meeting with several colleagues will be familiar with the latter sort of inter personal coordination. Of course, as the examples make clear, we are typically in need of both sorts of coordination; for we are both temporally extended and social agents. And as we all learn to our chagrin, neither sort of coordination happens effortlessly.
...

We do not, of course, promote coordination and extend the influence of deliberation by means of plans that specify, once and for all, everything we are to do in the future. Such total plans are obviously beyond our limits. Rather, we typically settle on plans that are partial and then fill them in as need be and as time goes by. This characteristic incompleteness of our plans is of the first importance. It creates the need for a kind of reasoning characteristic of planning agents: reasoning that takes initial, partial plans as given and aims at filling them in with specifications of appropriate means, preliminary steps, or just relatively more specific courses of action. (section 1.1)

Here Bratman makes the connection between deliberation, intentions, and planning explicit: planning permits the coordination of one's intentions over time. And in the final paragraph he correctly observes that there is no such thing as a complete plan for a topic; plans are created in order to be updated. (Notice, however, that this runs contrary to Rawls's assumption quoted above.)

Jonathan Baron also gives some attention to the role of planning in deliberative reasoning in Rationality and Intelligence. Here is a statement from Baron:


A good definition of happiness ... is the achievement of just these consequences, or, more precisely, the successful pursuit of a plan that is expected to lead to them .... If the world is at all predictable, rational plans and decisions will, on average, lead to better outcomes in this sense than will irrational ones. Luck, of course, may still intervene; a person might make the best decisions possible, but still be unhappy because things turned out badly. (RI 206)

There are several features of life that make it difficult to formulate a satisfactory theory of the formulation and assessment of rational life plans.
These challenges make traditional rational-choice theory unpromising as a foundation for arriving at a theory of life planning. Traditional rational choice theory is designed around the assumption of exogenous and fixed preferences, the ability to assign utility to outcomes, and quantifiable knowledge of the likelihood of various outcomes. But the five factors mentioned here invalidate all these assumptions.

(Several earlier posts are relevant to this set of issues: link, link, link.)

I am now seventy-one. Looking back, I see all sorts of unfulfilled plans that have, with modest risk taking, luck, and willingness to learn, added up to a fortunate and remarkably happy life. When teaching, I asked my students to consider the following parable.

Imagine a beach. At one end is someone carefully constructing the most beautiful sand castle in the world. It is truly a thing of beauty—until the tide comes in.

At the other end, we all know this guy. He drives up, takes off his clothes, and jumps straight into the water, paying no attention to the possibility of riptides, sharks, or poisonous jellyfish. He is lucky to get out alive.

In the middle is a character I call Surfer Dude. As he walks down to the water, you can see him checking the weather and the waves. When he spots a promising wave and swims out toward it, you can tell that he has practiced a lot, is in good shape, and knows what he is doing.

Not even Surfer Dude catches every wave. But when he does, he enjoys one hell of a ride!

I can't help but think that for a very large part of 'human' existence, the only workable plan that could be formulated was: find something to eat today.

I also can't help but think that much is said about "planning" by people who have no idea how to plan - eg Rawls. Perhaps they could be pointed to a good text book such as Andreas Faludi's 'Planning Theory' which describes, in usable detail, various ways and means of planning. For urban and regional planning, to be sure, but they are suitable to planning of any kind.